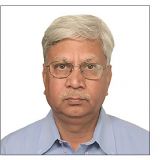 Durga Sakthi Nagpal is in the news yet again. The 2010- batch IAS officer, who shot to fame after taking on the sand mining mafia in Gautam Budh Nagar, on Tuesday showed the door to a Samajwadi Party (SP) leader who allegedly pressured her to put aside office works and listen to him.

The IAS officer — now posted as the chief development officer (CDO) in Mathura — asked SP leader Jageshwar Yadav and his four aides to get out of her office. Sakthi also asked the guards to ensure that her order was strictly followed.

The Akhilesh Yadav-led SP government had found itself in a fix in July 2013 after suspending Nagpal from the post of Gautam Budh Nagar SDM for ordering the demolition of an under- construction boundary wall of a mosque.

However, it’s generally perceived that the IAS officer was punished after she cracked down on the illegal sand mining mafia in the district.

SP leader Narendra Bhati, who is alleged to have links with illegal sand mafia, had publically declared that he had got her suspended. However, the SP government had to revoke Sakthi’s suspension after facing a huge uproar of criticism over the issue.

Eyewitnesses said Yadav, who seemed to be in a hurry, repeatedly reminded her of his high connections in the SP- led government.

“Yadav wanted her to listen to him. He wanted to talk to her about re- boring some borewells.

The officer said she would be able to listen to his problems only after giving time to those who had been waiting to meet her for a long time. The officer said he must wait as she was doing some more important work. However, Yadav gradually became aggressive and reminded her that he belonged to the SP and was well- connected with senior members in the government. She immediately stood up and asked him to get out of her chamber. She also called the guards when he hesitated to leave. However. before the guards could intervene, Yadav fled the office with his aides,” said an eyewitness on the condition of anonymity.

Chief Minister Akhilesh Yadav has reportedly asked officers to listen to SP workers and solve their problems on a priority basis, but a large number of officers alleged that such an order of the chief minister was the reason behind their frequent victimisation.

“I had gone to her to talk about re-boring of bore-wells, but she didn’t listen to me,” said Yadav.

SP district president Gurudeo Sharma said, “We will register our protest against the CDO with District Magistrate B. Chandrakala if Yadav complains.” However, local residents claim that the IAS officer has been working hard to come up to the expectations of the poor people who flock to her office in large numbers every day. more
Helpful Lets discuss Elections Aug 29
Viewed by 1040
View all 14 comments Below 14 comments 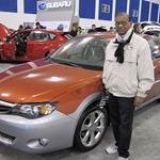 Deo Kumar Singh (Expert - Application Software)
I set up a Facebook profile where I can post my pictures, videos and events and I want to add you as a friend so you can see it. First, you need to join Facebook! Once you join, you can also create your own profile. 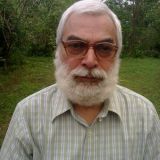 Anand Awasthi (Professor)
Shakti Nagpal deserves salutes from hundreds of people who believe in honesty, sincerity and service of the people. Curse to SP Govt. which is digging at the roots of goodness in society. She represents the real Shakti--Shiv + Shakti! more
Aug 31

Raghuraj Choudhry (Commander)
It was Secretary of U P Government who issued the suspension orders . actually Modi Government must take up this issue and reprimand the Secretary for wrongdoing on wrong orders of CM Akhlesh Yadav more
Aug 29
View 14 more comment(s)
Post a Comment