When Modi ji got elected in May, big announcements, this that, there will be circle for all 8 constituencies and MP/MLAS will be joining to listen to common man. I also joined Gautam Budh Nagar/Noida constituency circle. However, Dr. Mahesh Sharma did not join despite sending him 3 invites. I am not sure how many times BJP comm cell invite him. But stay away from people, don't engage in problems, this is what happens.

Well Deserved. Now work hard and engage otherwise it will be all going south from here. Wake up call to all BJP MPs, Ministers and PM. Enough of your Monkey Bath Sir! more
Helpful Lets discuss Elections Feb 10
Viewed by 722
View all 18 comments Below 18 comments 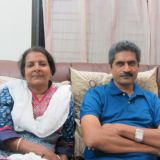 D Swaminathan
One of the reason is that the elected representatives have not cooperated and their supporters stayed away in some areas. Why was Mrs. Bedi was brought in. Have we thought. It is simply because that the existing leaders are not having good name. the Municipal corporation is not at all doing well which is BJP lead. more
Feb 13 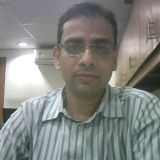 Sudhansu Panigrahi
I agree with Mr. Swapnilji. I think all 7 M from Delhi should resign with immediate effect. After victory in may all MP have forgotten people who elected them. There were many problem which BJP overlooked. "BAKYA VEERA nahi chahiye KARMA VEERA chahiye to win the election. What is the purpose of these circles. more
Feb 11

Rajiv Sharma (RWA executive member)
I think BJP should learn from here. People donot see any difference between the way Congress MP behaved and the way BJP leaders behaved. Short talks from the mouth of PM Modiji don't match his stature. It was OK till he was not chosen. Negative publicity against Anrvind Kajriwal caused major major setback. Indian politics is changing and I hope this wave of wakeup grows through out India. more
Feb 10

Rohan Kumar
Well it seems slide downwards for Modi from hereon ...mistakes made :

1. Delhi elections should have been held right after May 2014

2. After 2013 hung assembly when many AAP/ Cong members were ready to defect & support BJP , they should have formed the Govt that would have ended the poliitcal career of AK49 but the high moral ground adopted by BJP at that time proved suicidal .

3. In the campaign AK49 was never targeted for his links with anti national elements such as Naxals , Islamic hardliners , connections with ISI, Kashmiri separists etc .Instead of harping on his U turns he should have been labelled as anti national traitor .

4. After coming to power Modi went soft on all anti national elements , no action on Gandhi family , AK49 , Vadra , anti Hindu elements in the media & so many others . AK49 should have been fixed soon after Modi took office but foolishly he was given oxygen to flourish .

5. Whats the point in converting few minorities to Hinduism in the name of Ghar Wapsi when these ignorant Hindus end up voting for anti Hindu parties . We must first educate the lower section of the Hindus & make them understand the dangers from these Islamic & Christian elements .VHP , Bajrang Dal, RSS etc should educate & consolidate Hindu votes just like it exists in Muslims . These Ghar Wapsi episodes serves no purpose except giving negative publicity .

6. Modi should focus on eliminating the anti national opponents like TMC, AK49, Cong, JDU, CPM etc rather than concentrating on his dress sense & fashionable suits . He should look like a common man & present himself as one rather than making a fashion statement . He is getting alienated from the poor , lower class . As they say never give an opportunity to your enemy when the enemy is down deliver the death blow , the knock out punch never came in last 8 months .

7.I said that in July 2014 itself that Modi is making the same mistake which Morarji Desai & Vajpayee made by letting off their anti national opponents when they had a chance to fix them once & for all .

This loss could be a bloody blow to BJP this will provide much needed boost for JDU , TMC , CPM etc which were on the verge of collapse . Now these parties will get a ray of hope that BJP could be defeated & will regroup . As usual history repeats itself , Hindus have always ensured that there is a slip between the cup & the lip ...Hindus can never get their act together , history is testimony to it .. more
Feb 10 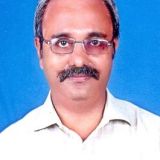 Prashant Kumar Shrivastava (Agricultural Engineer)
1. Minorities and lower middle class are seeing Kejriwal as their Robinhood
2. Paratrooping Kiran Bedi may not have gone well among party support base at Delhi
3. People expected fall in prices of commodities alongwith fuel, which didnt happen in 8
months
4. Connectivity of BJP elected representatives with common man is missing every where, its
warning, do not under estimate public.
5. One defeat is not the end, change of course is needed more
Feb 10
View 18 more comment(s)
Post a Comment