I don't understand. Does anyone??
http://www.dailymail.co.uk/indiahome/indianews/article-2736890/BJP-form-Delhi-government-L-G-Jung-invite-single-largest-party-choose-CM-end-Capitals-deadlock.html

Delhi's political deep-freeze may soon be history. Lieutenant Governor Najeeb Jung has made up his mind and is set to pave the way for a Bharatiya Janata Party (BJP) government in the Capital, top-level sources told Mail Today.
Sources said the Lieutenant Governor (LG) is likely to write to President Pranab Mukherjee discussing alternatives on government formation in Delhi.
"It has been learnt that BJP is being increasingly looked upon as the only option to end the deadlock, following which the LG is likely to invite the party to form the government in the city," said a highly-placed source in Delhi government.
Jung's recommendation will go through the home ministry to the Union Cabinet, which will then advise the President.
The President can accept or reject that advice. If he accepts it, the single largest party will be asked to name its leader, who will then be invited to take over as Chief Minister.
Sources also revealed that Member of Legislative Assembly from Badarpur Rambir Singh Bidhuri is among the frontrunners in the BJP's chief ministerial pool of senior party leaders.
With Dr Harsh Vardhan, Parvesh Verma and Ramesh Bidhuri having relinquished their Assembly seats after making their way to the Parliament, former Delhi BJP chief Vijay Goel, now a Rajya Sabha MP from Rajasthan, and New Delhi MP Meenakshi Lekhi are also in the race.
Delhi BJP chief Satish Upadhyay told Mail Today that if the LG invites the party to form the government, they would do a critical analysis of their pros and cons.
"There have been minority governments in the past. If the LG does invite us, we will assess where we stand and then take a decision accordingly," he said.
Delhi has been under President's Rule since February 17 this year after the Arvind Kejriwal-led Aam Aadmi Party government stepped down on February 14.
The party, which gave up governance just 49 days into its tenure, was at the receiving end of much criticism by Opposition parties, which have not only given up on taking Kejriwal and his party seriously but also vehemently deny extending any support to the party in future.
"AAP has no moral right to form the government any more. A government cannot be formed at will – you cannot exit or enter a government whenever you feel like it. AAP has no locus standi and is in no position to ask for re-elections in the city," said Delhi BJP President Satish Upadhyay.

The Congress, with whose support the short-lived AAP government was propped up, has also refused to extend any support to the Kejriwal-led outfit.
"We had initially lent support to AAP because of the promises they had made. Once they took over, we realised that they could not live up to their promises. It is absolutely incorrect to leave the people and a city that had so much faith in them without even trying," said Delhi Congress chief Arvinder Singh.
Both the Delhi BJP and Delhi Congress have been making tall claims of winning a re-election, but neither has staked claim to form the government ever since the Assembly went into a state of suspended animation.
The LG has, meanwhile, been meeting MLAs of all parties, and appears convinced that a government is needed to administer Delhi.
KEY PLAYERS
Responding to an AAP petition seeking dissolution of the frozen Assembly, the Supreme Court had on August 5 asked the LG and Centre to resolve the deadlock on government formation within five weeks.
The BJP, which had 31 sitting MLAs in the 70-member Assembly, including one MLA from Shiromani Akali Dal lending support, was the largest party but refused to form the government after the Delhi assembly polls last December, saying it did not have a majority.
With three MLAs fewer than in its December 2013 kitty, the party can hope to come to power only if legislators from AAP or the Congress switch sides and catapult it from its present strength of 28 to the magic figure of 36.
The anti-defection law makes that very hard: two-thirds of the MLAs of any party have to defect as a block.
Also, the recent Bihar by-poll shocker has left the BJP walking on eggshells, and it may not be up to such tactical manoeuvering. That's where the Independents and loners come in.
Rambir Shokeen, Shoaib Iqbal and Vinod Kumar Binny can now be the game-changers. After Shokeen withdrew his support to the Aam Aadmi Party in December, not only did he lash out against Kejriwal's inability to fulfil his poll promises, but he has also been extending tacit support to the BJP.
"I am going to extend full support to BJP if they decide to form the government. Modi is a great administrator and it will be an honour to work under his leadership," Shokeen said.
Likewise, Janata Dal (United)'s lone MLA from Matia Mahal – Shoaib Iqbal - had been extremely critical of AAP. However, Iqbal has now done a turnaround, stating that "the question of supporting BJP does not arise."
He claimed to disagree with the party for their ideology and their politics, thereby agreeing to support Congress or AAP.
At the same time, expelled AAP leader Vinod Kumar Binny, who felled Sheila Dikshit's health minister A.K. Walia in the Laxmi Nagar constituency of East Delhi, had attacked his party and the government for allegedly backtracking on the promises made in the election manifesto, including on the water and power sectors.
AAP leaders seized the opportunity and countered his charges, saying he was upset about not being given a ministerial berth in Delhi cabinet.
Thereafter the disciplinary committee decided to expel him and terminate his primary membership from the party. Following that, the BJP extended an open invitation to the rebel MLA. more
Helpful Lets discuss Elections Aug 29
Viewed by 662

Bhagat Singh
It will be bad luck for Delhi and nation. 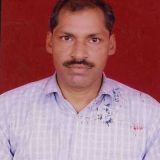 Rajesh Verma (No)
If LG gave chance BJP to form govt in Delhi it clear indicates that Modi ji /BJP thought that they will not gain so much seat like now. It is a black dot over BJP. As Modi ji says that a transparent govt can end the corruption but the horse trading will increase Corruption in Politics. When BJP have 32 seats then they are running away to form the govt but now how it is possible. It will increase the crediabliktiy of AAP also. And it also proves that LT Gov is a rubber stamp of Central Govt i.e. BJP. If the party use this rubber stamp then Congress & BJP are the one side of coin Now Amit Shah should decide the future of the party. more
Aug 30

Ajit Datt
What, possibly, could be the reason for not dissolving the Delhi Assembly and calling for fresh election, accept the uncertainty regarding the success of BJP? If dissolution is ordered there will be minimum criticism. All other options will invite severe comments, and a govt, stitched together from the " fabric " of the current Assembly will begin on the back foot. I do not mean to say that BJP can not win Delhi, only that they seem to be lacking the confidence to do so. Or let me put it this way, they are not certain of victory. The Delhi election, when ever they are held, will be no cake walk for any party. Let us see what happen in the time frame set by the Hon'ble Supreme Court. The people of Delhi, need & want a popular govt, according to current aspirations, and not just any govt ?! more
Aug 29 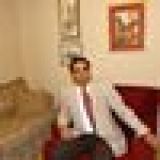 Aloke Kanti Chatterjee (paper mills expert)
What to reply ? you have made the recent history + current situation +BJP's desire,everyday these are available on tv/newspaper.failed to understand whats the point you are trying to make.End of the what the aam admi is looking for are :- Price reduction,Full stop in Corruption,Employements,Black money back9Ram dev sleeping ? ),Hatred free/riot free society and so called/trully 'Achche Din' for delhi as well as for the whole country as was promised by magician PM,who is ofcourse enjoying his achche Din right from Brazil to Tokiyo,allowing tax payers money to be enjoyed by ministers for the super failures of Air india. more
Aug 29
Post a Comment