BJP Lost Delhi...Why, we are hurt ? Not slept for many days now ?

KRISHANMURARI GUPTA
BJP lost election in Delhi because 1.BJP did not make people of Delhi BEGGARS while AAP did it-free water, electricity, jobs, passes, etc. 2. AAP employed youth to campaign on payment basis, they were on duty for 24 hours. 3. App's constituency management was better then BJP. Finally, 4. AAP will fail to deliver the promises and BJP may gain. more
Feb 19 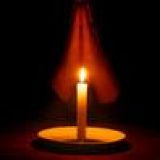 JM DEV
Electioneering is not a Project for us and we feel the silent pain...! more
Feb 17

Rajeev Ranjan
Public sector & Govt employee have a fear that the retirement age may be reduced to 58 yr. more
Feb 17

Naveen Gupta (NAMO)
Let me tell you Modi ji n his team is doing a Great Job , the result will start coming in 12 Month r so , but yes due to Petrol & Diesel price reduction the overall impact on Daily Rozmarra things like Milk , Subzi , Aatta , Chini prices are not reduced , so no impact was seen by ppl below 20K PM ...also Congress acted funny .. Unhone Apana ghar jala ke doosre ka ghar bhi jala diya " and BJP Ground Leadership , Local Leadership was not able to comprehend this , if they reacted on time the central leadership may have change the approach ..(Now in India it would be BJP Vs AAP so Congress Mukt Bharat ) more
Feb 16

Om Vikas
1. BJP lost due to ahankar, over confidence and elitist organizational practices.
2. Election must have been called for soon after the victory of MODI JI. But Mr. satish Upadhyay 's leadership delayed due to his immature political experience.
3. It is better to loose but never disown our own people who worked for party. Induction of Kiran was not correct.
4. RSS is also responsible for this debacle. They talked of useless programs of LOVE JIHAD, PRODUCE 10-12 CHILDREN, GHAR BAPSI, HINDU RASHTRA BY 2030.
5. Learn from BIRBAL in Akbar's regime how he shortened a line without erasing it. He simply added another line bigger than that.
6. It is shame to the Hindu outfits that children in orissa near Jagannath temple eat left over prasad from roads. Malnutrition is extreme. Unemployment is suffocating.
7. AA LEADERS REMAIN IN TOUCH WITH SOME SELECT PERSONS FROM A COLONY , BUT NO BJP LEADER HAS ANY INTERACTION WITH GRASSROOT PEOPLE.
8. Wake up and march ahead with refreshes strategy. more
Feb 15
View 41 more comment(s)
Post a Comment