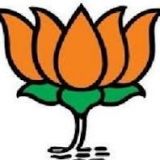 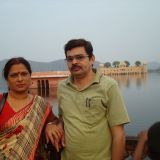 Vijay Mishra
India was a golden bird before Muslims (Arab, Turks, Mangols, and Afghans) attacked India from 725 AD to 1725AD, looted our wealth, destroyed temples, bloodbath and genocides. Then British colonized India from 1750 to 1950 AD looted, altered history books, destroyed pride and respect for India. British are masters in divide and rule worldwide. After Independence India had 3 political future Communist, Hindu Nationalist or Congress. Before leaving 1947 British have already chosen Corrupt Congress for future of India. (Congress party started by a retired British Civil Servant.)
Pakistan became a Jihadi nation promoted by British to stop India's growth. Minorities were massacred and reduced from 10 to 1 % of population. Same situation is developing in Bangladesh where 30 % Hindus and Buddhist massacred now they are less than 10 %. Even Muslim Majority Kashmir valley in India was no different Hindus were forced to leave their motherland.
Congress had always surrendered in front of Jihadi groups in India. Corrupt Congress wanted to divide us on basis of Religion and caste. Fake Gandhi (Italian) family is involved in all major scams in UPA1 and UPA2. Today Congress is like a family run private business.
Now in 2014 India has a choice to build a strong, vibrant, democratic nation with BJP under leadership of Narendra Modi. We have seen failed communist states like Bengal and Kerala. Jihadi violence and attacks are repeated like Mumbai. Regional parties have no grand vision. Mostly family controlled parties are interested in personal gains.
AAP is just another secularist outfit helped by same colonial powers. We have seen many NGO and Political parties are being launched in many counties to produce revolutions and regime change to favor colonial masters.
All anti Hindus, Jihadi , Communist and Socialist Terrorist forces, funded by foreign countries want to stop India today. AAP is already failed in Delhi.
Let us select Narendra Modi and BJP to make India strong and developed for all Indians.
Please don't doubt Hindustan which is more than 10000 years old tradition of knowledge, respect to all, piece and prosperity and harmony.
VOTE FOR MODI--- VOTE FOR INDIA!!!!!!!!!!!!!!!!!!!!! more
Apr 16

Naman Maheshwari (Student)
Have a look of Donation to AAP 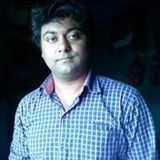