At Modison Square Garden, New York, our beloved PM stated that under Dhan Jan Yojana common average Indian who has no any bank account was allowed to open with ZERO BALANCE and as per his information the accounts opened were about 4 Crores and yielded a deposit of about Rs.1500 Crores in these accounts. On the next day the FM sources released that the actual accounts were more than 5.1 Crores and the amounts deposited in these accounts alone were more than Rs.3500 Crores.

The above information gives the following readings.

It is also inferred that the RBI sources were also astonished with the overwhelming responses.

Hence, why the Finance Ministry should not consider a scheme making all citizens including Persons of Indian Origin to take part in the development. A basic ground plan is as under.

Every India will contribute a minimum of Rs.1000 and a maximum of Rs.5000 towards a corpus revolving corpus. This being corpus it does not carry any interest on such deposits. It will yield about Rs.1,25,000 to Rs. 3,00,000 Crores. If Corporates or Persons of India Origin voluntarily contribute higher amounts will be accepted. At any rate there should be a ceiling for such deposits.

This amount will be managed by RBI.

Any state which requires funds for development, it may obtain advances from this corpus and pay a simple interest of say 4%. The amounts are to be recovered in equated installments from the 1st day of the quarter following the quarter in which the amounts were drawn.

Individuals are also entitled to loans as detailed in the Dhan Jan Yojana as overdraft.

UMESH RAI
I will add and request you to spread this idea to everybody. The biggest cause of downfall of Sonia- Manmohan regime is continuous increase of salaries of government employees. They thought that by increasing Govt. employees salaries everybody will feel happy and Congress will get more votes. After sixth pay commission and due to regular D.A. GOVERNMENT EMPLOYEES got benefited tremendously which causes economic imbalance. In private sector people get increase only due to more business and hard work and that to depend upon the company while in government sector most of the employees get benefited due to increased revenue from taxation imposed on others. People leaving in rural area dependent only on agricultural economy or small shops etc. are not entitled for Govt D.A. so they are becoming poorer and poorer and ultimately forced to migrate to cities. This phenomenon is causing ill effect to decentralized economic model. I agree that there are few government sectors like Army and Bank where government employees have to do hard work but many of the government departments are not like that. If one compares salaries of teachers from government school and private school there is a lot of difference. Regards, Umesh Kumar Rai M: 9811670186 more
Oct 07 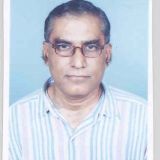 Prakash Ghosh
What is the measurement criteria between a Common man & average common man, not clear. In which category does poor man & very poor man will be classified? more
Oct 02

Ashok Varma (Industrial Engineer )
Thanks Daitha Saheb! Hope the Ministry and Hon'ble PM pays heed to this excellent suggestion. Congrats for giving figures of deposit which was not made avaible to Modiji--- most shocking! ashok varma more
Oct 01

GEDELA KRISHNAMURTY NAIDU (Power Plant /Diesel,Thermal and Solar and Third Party Inspection Expert)
VARAPRASADJI- Your idea is good. When I was working in Tatas, similar type was introduced among employees for Health Insurance & Personal requirements.If all citizens are not interested , let us say 1oo cores of citizens are intersted, the contribution will be 100 x1000=1 lakh crores which is a very good amount. If RBI takes care off all the transactions , all citizens will be intersted. Profits can be generated and dividends and loans can be given to individuals . Let our PM and Finance Minister see this proposal and approve it. G.K.Naidu (CE, MBA, AIMA), Hyderabad more
Oct 01