Ashutosh on How AAP Found its Way Back in Delhi

Historic. Yes, history has taken a decisive turn. The Delhi elections are finally over and the results are out. Many myths have been busted. The leader often described as most popular and most powerful has been humbled. The aura of invincibility is broken. The impossible has been achieved. The Aam Aadmi Party has won. The BJP has lost.

If we had predicted something like this a few months ago, people would have laughed at us and called us a bunch of loonies. I still remember how just some weeks after the parliamentary elections, people in Arvind Kejriwal's constituency shut doors on his face. He once told me how a local guard, seeing him walk by, had commented sarcastically about wanting to be the PM. His reference was to Arvind going to Varanasi to contest against Modi, then the darling of the masses.

The last Parliamentary elections were the worst thing that could have happened to any party or leader other than the BJP! AAP had lost all the seven seats in its pocket burrough of Delhi. It had contested more than 400 seats and its candidates had lost their deposits in almost 90% of the seats. The Party was ridiculed as zamaanat zapt party (the party which has lost its deposits).

Arvind Kejriwal was ridiculed no end. He was badly bruised. Experts had written his obituary. AAP as a party was declared dead despite improving its vote share in Delhi by 4% and winning four seats in Punjab.

We all were down. We knew elections in Delhi were due and could be announced any moment. We had to pull ourselves together and above all, we all had to believe that though we had lost the battle, the war was still on. For the first time, I saw Arvind shaky and vulnerable. He was not the same person. He seemed tentative. But like a General, he slowly gathered himself and decided to face the miseries of life with courage and made plans on 'how it could be done'. For us, it was a do-or-die situation. Victory was the only alternative. A plan was chalked out. We identified our negatives and listed three major ones:

1. We realised that the people of Delhi were very upset. They felt cheated. They had wanted Arvind to continue as the Chief Minister. He should not have resigned. So Arvind openly admitted that he had committed a mistake. He admitted he should have continued despite his failure to make the Jan Lokpal a law. He was still considered honest. His integrity was unmatched. He tried assuring people that he would not resign again. He asked for Forgiveness.

2. As a party, AAP has been accused of specializing in 'Dharna'. Our record as a party of governance was very poor in the eyes of the intellectual class. We looked for a framework. Delhi Dialogues was one such idea. It broke the myth that manifesto-making is a one-day phenomenon. AAP decided to bring back the equilibrium. AAP had to prove it could be a party of governance. The party unleashed a policy framework; it took the discussion about Delhi development to the people, the 'common man.' It was decided to make the campaign 'positive', to keep the development of Delhi as the main focus.

3. During the last assembly elections, our volunteer base was very strong but it did not have a structured shape. It was decided to augment the energy of the volunteers and strengthen the organisation to the booth level. More than ten frontal organisations were also created. By the time elections were declared, AAP was already a well-oiled engine. And Arvind had already toured every constituency twice.

Once the list of negatives was made, the effort was to overcome these with an open mind. It was tough but not impossible. Arvind was of the opinion that AAP, as a matter of strategy would not participate in any election, be it assembly or municipal outside Delhi. Some of the leaders did not like the idea. Arvind was adamant. He did not want any adverse impact on Delhi elections. Energy was to be consolidated.

By mid-December, we had regained our confidence. We knew it would be a tough contest but we would pull through. Modi was the only hitch. We waited for Modi to address his rally at Ram Lila Ground. The rally flopped. We were ecstatic. The BJP's trump card had failed. The BJP became desperate and started looking for someone who could be as credible as Arvind. It could not find one in its party. It had to borrow from outside. Kiran Bedi was declared the Chief Ministerial candidate. We were a little apprehensive. But we knew that if she started talking to cameras, she would be a great asset for AAP. She delivered. Our script was complete. Bedi could not control herself.

The BJP committed another mistake. In trying times, it resorted to negatives and abuses. We were careful and decided to stick to our development plank. We talked about eradication of corruption, providing electricity at half the current price and water free of cost. Free Wi- Fi was another hit. The poor and marginalised were strongly with us. Minorities joined us as the Congress was nowhere in the contest. The middle class which was disenchanted with us due to our shrillness when we were in government, got disillusioned with the BJP's negative campaign. The BJP's personalized attack on Arvind put them off. Big promises but zero delivery broke the myth that Modi was in any way different from Manmohan Singh. We wanted these elections to be a referendum on Arvind and in the end we succeeded in doing so.

These elections will go down in history as the turning point- a game-changer. They proved the point that clean politics and affordable politics is possible. AAP did not have the money to match the might and resources of the BJP, but it had the moral edge over its opponent. People of India are fed up with traditional politics of money power, muscle power and manipulation. They are looking for an alternative.

AAP's massive victory will start a new alignment of forces; a new dawn has appeared. It will make politics cool. The common man can now afford to enter politics and succeed. It will no longer be a game of only scoundrels. A small step by AAP, but a big leap in politics. more
Helpful Lets discuss Elections Feb 11
Viewed by 1304
View all 92 comments Below 92 comments

I have been trying to call the attention of Bournhall Clinic, UK to the malpractices of one of their subsidiaries in India. I have written to their legal SPOC, Ms. Karen Bateman but she stopped responding after the initial acknowledgement of my e-mail.

Can anybody help us?

We have registered our complain at the following URL but there's no response to it -
http://www.complaintboard.in/complaints-reviews/bournhall-clinic-gurgaon-l352207.html

Will look forward to hear from your organization.

BASANT RAM NAGAR (I am a retd Senior Scientist)
Have a faith in yourself, if you want to overcome all obstacles more
Apr 30 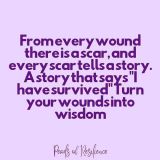 Mrs. Meeta Choudhury,Advocate
I would like to quote a few lines for Arvindji which I always followed in my life
"when everything goes wrong and things seem to fall apart , when no body believes in you and you feel alone and stranded that's exactly the moment you gotto believe in yourself." more
Apr 29

Mrs. Meeta Choudhury,Advocate
Ashutoshji
Your clarification about winning election is well within the knowledge of every one. People trusted you and have done their duties. Now u r supposed to render best services to them. Now it is your turn to reciprocate. We have no doubt that our chief minister is an honest leader and has been fighting a lonely battle against corruption. We are with him. But our controversial two law ministers' attitude and conduct make people suspicious about their leader.. We do not know whether his certificate is genuine or not but people are feeling embarrassed and they are hurt bcz they trusted u and now they can not believe that such a serious allegation can be made against one of his team members who is fighting against corruption. We have trust. We are waiting patiently. Simultaneously we would request you to resolve your personal dispute with your own people . They are senior to you. Be egoless and come forward to resolve your dispute . I invite you to our office at Parliament Street to sit and discuss the matter peacefully. Such positive , egoless attitude on your part will convince people that their leader is the most wanted, adorable leader. Trust me such attitude on your part will make u stronger , will send a positive vibes towards thousand and thousand people of our country who trusted you and made you a leader. A leader is always peace loving, generous, neutral , balanced and nurtures harmony.
Regards more
Apr 29

BASANT RAM NAGAR (I am a retd Senior Scientist)
AP has to go a very very long way instead of getting obstacles from the Prashant bhushan & co. & other opposition parties? from time to time(who has not won more than 3 seats during election).

This party has to set up a new dimensions for other parties to follow.
Till date This party is only the well wisher of Kissans.Other parties are only drama parties more
Apr 29
View 92 more comment(s)
Post a Comment