As Varanasi gets polarised... by R. Jagannathan

Varanasi, where the BJP's prime ministerial candidate is contesting from a second seat to give the party's eastern Uttar Pradesh prospects a leg up, looks like becoming the next staging post for communal and caste polarisation.

Western Uttar Pradesh, which went to the polls yesterday (10 April), has already set the tone, with Muslims voting en bloc against the BJP and the Jats and other communities veering towards BJP. Early reports say the SP and the BJP are in No 1 and No 2 positions in most seats, with BSP and Congress facing the pressure.

Varanasi will be the centre for an eastern UP polarisation because the Congress - as reported by Campaign Diary a week ago - will now effectively become the main opposition to Modi. The Muslim vote will likely swing towards the Congress candidate Ajai Rai, as the other contenders are not seen as strong enough challengers to Modi.

]Arvind Kejriwal. AFP. Arvind Kejriwal. AFP. Rai, a five-time MLA and former BJP member, has been chosen as the official Congress nominee for a simple reason: his expected ability to prevent a counter-polarisation of the Hindu vote towards Modi. Rai is seen to carry clout among Brahmins and Bhumihars.

With Mukhtar Ansari, a jailbird with a block of Muslim votes behind him, exiting the field, the prospects of a straight fight between Rai and Modi improve as the remaining three candidates are lightweights. Ansari's Muslim votebank, which was always keen on a strong candidate to defeat Modi, heaved a sigh of relief when he opted out.

The people left in the field include Kailash Chaurasia of Samajwadi Party, and one non-serious BSP candidate, Vijay Prakash Jaiswal, apart from Kejriwal.

According to this Hindustan Times report today, Rai's entry has essentially boxed Kejriwal into a corner as the Muslim vote he was earlier banking on vanishes into thin air due to polarisation. The report says that Kejriwal will now chase the rural parts of the Varanasi vote by holding chaupals. This means he is no longer a serious contender - assuming he ever was.

Of Varanasi's 16 lakh voters, three lakh Muslims can be ruled out of Modi's corner. Their votes will go to the Congress, assuming the other players - Chaurasia, Kejriwal and the BSP candidate - are seen as also-rans. The battle will be for the Brahmin (two lakh), Vaishya (3.5 lakh), and Kurmi, Yadav, Bhumihar and Dalit votes - each with around one lakh each.

Ajai Rai's entry may split the Brahmin and Bhumihar vote, but that still leaves Modi in the lead, assuming the rest of the votes coalesce towards him.

If SP and BSP remain in the field, a small splintering of the Muslim vote cannot be ruled out, but this won't prevent a larger consolidation in favour of Rai.

Varanasi is clearly heading for a sharp fight, with Modi in the lead. Kejriwal may find that he has been squeezed out.

Maybe, Kejriwal can again claim that Congress and BJP are in league to edge him out. more
Helpful Lets discuss Elections Apr 12
Viewed by 635
View all 16 comments Below 16 comments

Ankit Gupta recently added you as a XING contact.

What is XING?
XING is the social network for business professionals. Personal networks can boost your career opportunities, help you with your career plans, and provide you with job offers and qualified staff.

We hope to see you on XING very soon!

--
N.B.: This is an automatic reminder from XING.
Privacy at XING:
https://www.xing.com/m/PGcYTgWHoQy7Nl7-fsPMo

RN Kapil
TIME TO RETHINK ON HOSPITALITY TO CITIZENS FROM OTHER COUNTRIES.


Pliant and docile media has bee lined to telecast SONIA address to nation on 14th April 14, the prerogative which hitherto-forewas the domain of PRESIDENT & PM of India . Look , the respect which this nation gives to foreigners in India . Can any person of Indian origin even dream of the same treatment in Europe or US , let alone the audacity to perform.

Can any one of us go to Europe or US and teach the citizens of those countries on NATIONALISM and lecture them on DIVISIVE forces and tell them that they are breaking their own country . We are told in our own country that we do not know HINUSTANIAT / BHARTIAYTA and we have to take lessons from SONIA on the subject . We are lectured that we are breaking this great country of ours which is dear to us more than our own selves . Foreigners can think of breaking this country since they have the option to migrate back to their native countries after the break up of India but where do we go after breaking our own motherland dearest of all things to us . These sermons are hurled on us by the citizens of countries who have no nationalism in their own native civilizations in the country of their origin . We understand that these countries are culturally so bankrupt that if you just place your hand bag on the ground , it disappears in no time . India, in the past has always played host to destitute foreigners who in turn ridiculed us and our ethos , hurled abuses on us ,belittled our civilization , demanded a pound of flesh from us , looted us , questioned our cultural liberalization , made every attempt to impose their culture and will on us . We on the other hand have been fighting amongst our selves to accept their hegemony , allow them to loot , allow them to rule by proxy , give them supermacy without calling for ,
& lick their heels .

TIME HAS COME FOR THE CITIZENS OF THIS COUNTRY TO RETHINK ON THEIR HOSPITALITY TO OTHER CIVILIZATIONS AND CITIZENS OR ELSE WE WILL REMAIN DROWNED IN POVERTY AND MISERY FOR EVER. more
Apr 15 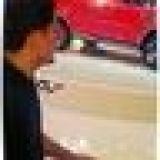 Mohit Thakur
Have talked to my friends in Varanasi..Situation are not that good for Modi Ji as it seemed earlier ..Specially after Ansari back out from election. Its Advantage Congress at this moment !! BJP person have to work hard on ground level to make sure Modi ji win by big margin !!! more
Apr 14
View 16 more comment(s)
Post a Comment