Within 24-hours of its relaunch, the Anti-Corruption Helpline of Delhi Government has answered 12,731 calls so far.

The helpline was relaunched on Sunday afternoon by the Chief Minister, Mr Arvind Kejriwal.
The relaunched helpline has started functioning on a 24x7 basis and it will remain open all 365 days of the year.

The calls received so far are now being analyzed to segregate between frivolous and real calls. Once segregated, the calls will be forwarded to the Anti-Corruption Branch for probe.

Some of the calls which have been segregated are been already sent to the ACB for further probe. Some of the cases being forwarded to the ACB include complaints against the Delhi Police, MCD, Education Department, Transport Department, Jal Board, Delhi Fire etc.

The data of calls received and segregated will be made public on a regular basis for the convenience and information of the public.

Efforts are being made to ensure that no call made on 1031 helpline number remains unanswered. more
Helpful Lets discuss Elections Apr 07
Viewed by 1398
View all 26 comments Below 26 comments

Sunil Dutt Agrawal
Thanks Subrata Guha ji for sharing valuable informations with us. After reading this, I have more reasons to be proud being Delhite. more
Apr 10

SUBRATA GUHA
Mr Tayal,
If u r nt comfortable with this helpline number, I would suggest u not to avail/use this help line, but dnt criticize a movement at last for a noble cause for the sufferings of the masses(which is already proven beyond doubt & on record-in 1st Innings of AK's mere 49 days).
I have to submit the following facts on yr earlier comments "....Delhi dnt produce Electricity & Water of its own.....)

Also Delhi has major shares from NTPC's Dadri Power Plant and Faridabad Gas Plant, apart from major share from Punjab's Bhakra Dam and Nangal Dam both have hydroelectric ... Two power houses with a total capacity of 1325 MW flank the dam.

But Delhi's peak summer demand crosses 6000MW, which Delhi cannot meet of its own comfortably.
AK/Delhi govt has already requisitioned coal block allotment for Delhi, which nobody did before.

I would therefore request not to misguide people that Delhi do not Generate electricity of its own.
Also yr earlier comment on water "Delhi does nt produce water..."
How water is produced..... mixing Hydrogen & Oxygen from air?
I do nt have any knowledge that any state produce water like that!

Sir, 4 yr kind inf, all river water is shared by the states as per agreement.
Like Kaveri water sharing by southern states...
Even there is protocol with Banlgadesh for sharing Ganga/Farakka barrage water.
Nobody can deprive, its court's ruling(at least in some cases), which cannot b dishonored.

So pl dnt misguide people in this forum, that Delhi does nt produce water.

R Tayal
Dear AAP rep, will you please enlighten us that beyond just receiving calls, what mechanism and resources (please provide data) have been put in place to act on these complaints and what is the citizens' charter for timelines as to closure of complaints? more
Apr 08 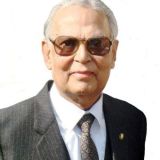 Baldev Kumar
when contacted"1031", I was told that you can only lodge a complaint if you have a solid proof. However, A large number of cases occur where we can be sure that corrupt practices are obviously taking place but are in no position to collect solid proof. such cases are many more than when an official demands money and we may be able to make a recording.
To site an example:
A mobile tower is being installed by Reliance at Q-31, Princess Road, Model Town; Delhi-110009 without any permission/clearance from any one. The tower site is right in front of a school and in thickly populated colony inhabited by elders and small children.
Many residents lodged police complaints at'100'. from 02 Mar 2015 to 31Mar 2015. Police has visited the site at least three times over this period.
However, Installation has continued and completed. Is'nt this nexus between owner of the house, company ( Reliance ) and police not a result of corruption . How could the residents collect and submit solid proof? Who would help in such cases. more
Apr 08