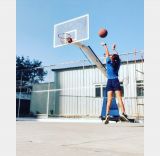 I wonder what our stray dog lover friends have to say about this?

THIRUVANANTHAPURAM: How can the City Corporation get rid of the stray dog menace and also earn extra revenue in the process? Exporting the wandering canines to Nagaland and Korea can help achieve the twin goals, suggests CPM MLA and former city Mayor V Sivankutty. ‘’If we export the stray dogs in the city to Korea or to Nagaland, the people there will get a chance to relish their favourite dish. The Corporation will also earn additional revenue’’ Sivankutty said, while drawing attention to the city’s stray dog menace in the Assembly.

Sivankutty said there were close to 50,000 stray dogs in the city and the canines prefer to roam around in ‘’gangs” of six to seven members.’ ‘While some dogs prefer to chase two-wheeler riders, some prefer pedestrians. Some specialise in running after the cars of ministers as they are attracted by the blaring horns and flashing beacon lights,’’ Sivankutty said evoking peals of laugher from among members.

The MLA from Nemom also observed that it was very risky for people to step out on the streets during the dogs’ reproductive season as the canines tend to be more aggressive during that period.

K Kunhammad Master of CPM soon chipped in saying that, in the dog market in Dimapur (Nagaland), dog meat was twice costlier than mutton. ‘’Definitely, the Corporation should explore exporting the stray dogs to that place,’’ he said. more
Helpful Addressing Stray Dog/Monkey Menace in Delhi/NCR Jul 01
Viewed by 40

Mohana Rajan (Kendriya Vihar)
PL. SIGN THE PETITION THRO' THE LINK BELOW AND FORWARD TO FRIENDS TO SIGN& SUPPORT.
Here's the link: 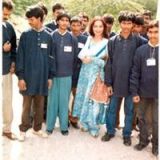 Dr. Ms. Iqbal Malik (canine companion)
The city corporation does not wish to earn revenue they have enough money. Why don't you get in touch with Smt. Maneka Gandhi, 14, Ashoka Road, New Delhi - 110001, requesting her to help you get the dogs sterilised and vaccinated under the law. This programme helps to bring down the population and helps in eradicating rabies. It is illegal under the Municipal Act to kill or relocate dogs in your area. Be smart and get your municpal to do this smart programme which will help you and your society that you live in. more
Jul 11

Mohana Rajan (Kendriya Vihar)
Amba, please write to the same MP / MLA who suggested this to bring it out in the Parliament & Pass an Act or Bill. Let's see if he has the moral courage to do something about it. more
Jul 04

Omprakash Chandna (Well wisher of Community)
I appreciate the innovative idea of Amba. It meets the twin objecives of getting rid of stray-dog menace and earning revenue for the City Corporations. more
Jul 02

Mohana Rajan (Kendriya Vihar)
Another Idea. These ferocious & very aggressive dogs can be trained & used in place of black cat commandos and for VIP Security. Indian Police can use them to catch criminals. Sterlization is a must. 40 million stray dogs in India. more
Jul 02
Post a Comment