All about Exit Polls

An election exit poll is a poll of voters that are conducted immediately after the voters have left their polling stations. It is conducted by a number of organisations and is considered as an indicator to which party forms the government.

How are exit polls conducted?
Different agencies carry out exit polls in India using several methods. The basic step to predict exit polls is sampling. Some agencies do random sampling of constituencies and some opt for systematic sampling. The random sampling can be of the electorate as well. Some parameter used in this include such as age, sex, caste, region.

Why are exit polls not allowed to be telecast before polling?
From the beginning of the polls until half an hour after the final phase of voting has been held Section 126A of the Representation of the People's Act, 1951 bans the exit polls. Anyone not adhering the provisions of this section is punishable with imprisonment for a term which may extend to two years or with fine or with both under this section.

Why are exit polls banned by EC?
The poll watchdog in 2004 had approached the Law Ministry seeking an amendment to the Representation of the People Act to provide for a ban on both exit and opinion polls during a period specified by the Election Commission.

How reliable are exit polls?
One cannot completely rely on exit polls in India. There are reasons behind it. There have been instances when the verdict of an election was predicted incorrectly. For example, in 2004, the exit polls wrongly predicted BJP-led NDA coalition winning again. In 2009 again Congress-led UPA's seat share was underestimated more
Helpful Lets discuss Elections May 19
Viewed by 700

Susheel Paul (Engineer)
Unlike an opinion poll, which asks for whom the voter plans to vote, or some similar formulation, an exit poll asks for whom the voter actually voted. Isn’t election process is constitutionally a secret ballot? All such pre and post polls are against this principal of voting. Why is the media allowed to make the gullible citizen let out this secret? It is obviously engineered by the impatient politicians to know which way is their fate being decided. We citizens should take this up legally to declare that such an effort by the politicians and the media be made strictly illegal and punishable. After all this is the only instrument in our hands by which we can twist the tail of politicians. Media beware.! more
May 21 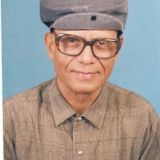 Jitendrakumar Sharma (Associate,Shyama Prasad Mookerjee Research Foundation BJP Office,NDelhi)
Thanks Shetal Jain Ji for your email. You will find a lot about elections and Indian democracy in *A most interesting book every library should have and all must read. Author has lived in Canada. Canada and Marshall McLuhan figure a lot in the book. 'Machine shall do for man what Man could not do for himself'.It is no mere utopia. May happen anytime a la McLuhan! A trenchant satire on Western-style democracy as it prevails in India today.Fact and fiction entwine and abrase to sharpen the edge of satire.Regards,Dr.Usha Sharma* *The+Prime+Minister+and+His+Robot+Wife&i=stripbooks-intl-ship&ref=nb_sb_noss * *Click Above* *Kindle &Paperback Editions at Amazon.com* *[image: The Prime Minister and His Robot Wife] * On Sun, May 19, 2019 at 2:04 PM Sheetal Jain wrote: > more
May 20

Padam Law
Of course, one cannot RELY on Exit Polls. It only gives an idea of the direction in which results may move. Nothing more. more
May 20 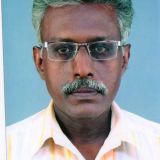