That is why these two parties caused the bill to collapse. For now we have exposed Mukesh Ambani and Veerappa Moily. Maybe tomorrow it will be Sharad Pawar's turn. Maybe Kamal Nath's turn will come. So at any cost, they had to do this.

I am a very small person. I have no aukaat. I am one of you. I didnt come here for power or for the chair. And that is why our government hereby resigns. A hundred chief ministerial chairs can be sacrificed for the Jan Lokpal Bill --we are ready. If we need to lay down our lives for the country, I will consider myself lucky. We just had a Cabinet meeting and decided that our government will resign today. Here is my resignation. I will go now to the lieutenant governor now. Our cabinet has recommended that the Vidhan Sabha be dissolved and re-election held.

Since we formed the government on December 28, our ministers haven't slept soundly even a single night. They are working day and night. We have left no stone unturned in our efforts. We reduced power and water tariff. We ordered an audit of power companies. We reduced corruption. We have worked with complete integrity and the best intentions. Maybe we made mistakes, we are humans, but we tried our best. They say we cannot govern. But in the past so many years, they couldn't audit the power companies, we did it in five days; in 65 years they couldn't reduce corruption, we did it in 49 days. We filed an FIR against corruption by Sheila, Mukesh Ambani -- they say govern, don't do all this.

Arrey, acting against the corrupt is true governance. I felt sometimes that if we had taken a few crores and thrown some to the BJP and Congress then they would say this is good work done. My mind is saddened by what has transpired in Parliament and in Vidhan Sabha, they way they threw pepper spray in Parliament, broke my microphone in Vidhan Sabha, tore my papers, gave bangles to one minister.. what is the meaning of giving bangles? Does the BJP respect women? They say Parliament is a temple of democracy, that the Vidhan Sabha is a temple, a masjid. I want to ask, do you break idols in a temple? Or tear the Quran in a masjid? Tear the Bible in a church, break the idol of Jesus Christ in a church? I am ashamed. These people have shamed Vidhan Sabha and and Parliament. They say what we did is unconstitutional. An FIR is unconstitutional, it's unconstitutional if I say end corruption, it's unconstitutional if I say bring Lokpal. Tabling laws in Vidhan Sabha requires the okay of the Centre, they say. They are lying my friends, I have read the Constitution and nowhere does it say that the Centre's nod is required. The Centre thinks they are colonial rulers. The L-G of Delhi thinks he is the Viceroy. They think nothing of the Assembly. They believe we haven't got freedom yet form the British. All work will be done after asking them, they imagine. I will follow the Constitution. I will sacrifice my life for the Constitution. And the Jan Lokpal Bill is fully constitutional. They are lying, because they want to keep up their corrupt practices. Friends, they tear papers in Parliament, they thieve, all this is Constitutional they think. And we are fighting for the country and that is unconstitutional? The people of this country will teach you a lesson. The people of the country will not stay quiet. I will go straight to the L-G now. I pray to God that we are small people, please be kind to us, give us good sense. Give us the ability to sacrifice our lives for this country. more
Helpful Together Against Corruption Feb 14
Viewed by 155
View all 28 comments Below 28 comments

Gayatri Indoria
Action speaks louder than words. AAP will prove that they deserve more and we Indians will differentiate right from wrong in coming elections. We need more persons like AK to run this country where corruption and sycophancy have become the common traits of politicians. more
Feb 18 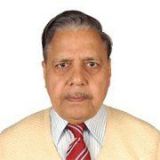 J K JAIN
I am surprised how my comments are disappearing.I am pasting below one communication received by Mr Amit Jain and when Iwant to reply I do not find my post as well Mr Amit Jain's remark of liking it.Would those controlling the circle and owner Mr Jain explain why it is happening.Since today morning my four posts have disappeared shortly after posting.One of them is pasted below and got this to reply by Mr AMIT JAIN.

"Amit Jain found your comment "All this has been done to gain sympathy for NEXT ELECTIONS for assemly and Parliament.What Public welfare has been done during their rule.Sewers are overflowing,roads are in diapilated state.No meetings have been done with RWAs to understand the problem of people.Where is governance.Simply announcing subsidy on electricity bills and water bill at the cost of tax payers money and ordering Audit on power cos without implementation and filing FIR IS NOT GOVERNANCE." helpful" more
Feb 15

J K JAIN
My dear Sudarshan Goel,
The very fact that 4 posts since today morning have been deleted.It confirms that some one is deleting all unfavourable post after some time to give the impression that most of the peple are supporting A K and his antics.I have been an admirer of Mr Kejriwal and I hoped that we would get at least good governance.It is one thing to agitate and to perform one need vision and hard work and some temporary compromises because capacity and intelligence of people differ.It does not mean you can not remove corruption without Lokpal.I have put in 36 years service MOSTLY in Ordnance Factories.Where ever I was posted no corruption was permitted and action could be taken against corrupt persons within available rules. more
Feb 15

DR SHASHI DHINGRA
Actually from the day he took over as CM, he was looking for an appropriate time to run away from governance (it was like a new drama a day) and what a right time to escape with his pet project leaving behind all the false promises which he was sure he will not be able to fulfill even if he ruled for 5 yrs. more
Feb 15
View 28 more comment(s)
Post a Comment