And Sri Sri Ravi Shankar's actions have done just that.

I do not grudge him here for using the Indian Army to build a couple of bridges for his private party.

I do not also hold against him the fact that his "forces" have commandeered thousands of acres of land on the banks of the Yamuna, thus endangering the fragile ecology of the area.

And I also do not blame him for thinking he could get away with all these violations.

This is because he always thought, and rightly so, that he had politicians of all hues in his pocket and he could command them to do what he pleased. This is evident from what the defence minister did by his directive to Army engineers to build the two pontoons to facilitate Sri Sri's carnival. His clout among the powers that be was also there for everyone to see since work on the project has been going on for several months now.

But that's a different matter. Politicians have had this unholy alliance with "godmen" for a long time and this will only continue.

What I strongly object to is the way Sri Sri is unabashedly going about his business of setting up his circus at a time when there are millions of people languishing in poverty, without medical aid, without any schools to go to, with virtually no food to eat and with very little to wear.

He doesn't have to look very far. He can just take a glance across the very Yamuna where he is going to perform in another two days and he'll know. That is, if he looks.

How can anyone who calls himself spiritual and boasts of millions of followers be immune to such miseries the human race is facing, especially in India? How can he openly flaunt his riches, his billionaire followers, leaders, politicians, businessmen and the like?

We know such "godmen" rake in the moolah through their millions, mostly, ignorant, followers but these sort of things done within the confines of ashrams and retreats is another matter. However, in full public view, and with the blessings of leadership, is unpardonable.

I have a feeling the show will go ahead in any case. Of course, the president is not coming and neither is the prime minister (thanks to "security concerns") but, hopefully, the "master" will get the point and realise the billions he (or as he would claim, his followers) are spending on this jamboree would have been well spent elsewhere - perhaps in building a few free schools, hospitals or toilets to support Mr Narendra Modi's Swachh Bharat Abhiyaan!

The above is written by Mandeep Singh. Not sure if he is a member of this circle. more
Helpful Lets discuss Elections Mar 10
Viewed by 1375
View all 17 comments Below 17 comments

Kuldeep Singh
Lot of people need food, home to live , medical aid etc etc.......this sum of money used in the event could have made a village happier for several years. This is just a way to lavish spent of exorbitant money owned by such babas. more
Mar 21

AK Malpani
On imposition of fine by NGT Sri Sri reacted that he has never paid any fine and will not pay the same. This is the way an ordinary person would react. Because of his influence NGT was forced to clarify that this is not fine but eco preservation charges. All politicians lined up with the sole purpose of getting benefit of his following in polls. It would have been respectable if he had paid the fine first and then approach courts for rectification. With so many commercial activities and expenses incurred it cant be believed that he doesn't have Rs. 5 Cr! more
Mar 13

Ram Yadav
Sri Sri Ravi Shankar is more than half politicians than spiritual guru. When the politicians do no care for the public, why Sri Sri should care for the comfort of the people. These sant have the asylum of big politicians of the ruling party.Hence, they act according to their wishes. Let us not criticise both politicians a well as our spiritual Guru. Ram Yadav more
Mar 12 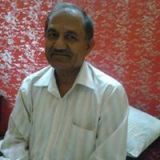 INDER DEV KUMAR SINGH
What is happening in Parliament? Instead of doing something useful and corruption free, the Ruling Ministers answer questions on corruption by claiming that they did something which was done earlier by the person/Party asking the question. That only means that because earlier govt. used corrupt practices, the present Govt. is also following the same path i.e. doing and allowing corruption-allowing the looter to fly to another country. more
Mar 11
View 17 more comment(s)
Post a Comment