One would have thought if AAP was in power, to address issues of black money, they would have done this too. Now that they are in opposition, I wonder if this is a vote bank play with middle class???

It has said that in the absence of a popularly elected state government, this is a "suspect move", which could have been "certainly avoidable".

"The Delhi administration has chosen a strange timing to impose an additional burden on the common buyers and it is taking undue advantage of its lack of accountability to push such decisions.

"The Lieutenant Governor and revenue department need to tell the people of Delhi what is the reason behind such a steep hike in circle rates at this time, when the Delhi Development Authority has announced its biggest ever housing scheme of 25,000 flats, which will be allotted shortly," the party said in a statement.
The party also demanded that the concerned department should make public the reasons behind its decision and whether any public consultation was carried out before the upward revision of circle rates.

"Won't this decision burden new flat buyers? On what basis have the market rates been fixed? Isn't the Delhi administration giving rise to speculative property prices, which will only end up burdening the common man?" the party asked. more
Helpful Lets discuss Elections Sep 24
Viewed by 777
View all 14 comments Below 14 comments

SUBRATA GUHA
Dear Amit Palji, I am also suspecting Ranjana Sharma to a planted one by shameless BJP. She is also behaving like Binny only and may disown her ID later on like Binny. Subrata Guha more
Sep 25 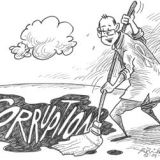 Amit Pal (sap associate at DMRC)
I urge The administrator to block Ranjna Sharma as it seems a fake ID or a paid ID as she keep on talking these baseless fact . more
Sep 25

Sanjay Gupta
Circle Rates should be fixed as per the prevailing property rates in the locality. This is a good move so as to promote property transactions in white only. However, at the same time, stamp duty should be brought down to encourage compliance. Enhanced circle rate without corresponding reduction in stamp duty will increase the revenue which is not the primary intent. Lower stamp duty rates will contribute to more compliance. more
Sep 25

Sunil Dutt Agrawal
Professor sb., Whom are you appealing? If your appeal is to Modi ji, hold on for a while. He is intelligent enough to understand above must do steps to reduce corruption. He will also quote all good suggestions in his public speeches. However, he will implement only to the extent his CHAIR is not threatened. After all his ultimate dream is to 1) rule India, 2) to make congress free (not corruption free) India, 3) to rewrite history and make his gurus, sangh and himself part of the the education system so as to become immortal. more
Sep 25