AAP Govt must not lose battle by creating constitutional crises. Must appeal to SC against the Gazette.

In the forthcoming special assembly session on 26-27, Delhi Govt will decide on future course of action on Gazette of Govt. of India vesting virtually all powers with LG. One option available with the Delhi Govt is to go to the Supreme Court against the Gazette. This is preferable specially in view of the various legal opinions given by the former Judge of the Supreme Court, senior advocates of the Supreme Court and former Solicitor General of India. Supreme Court, being an independent judicial body, will give the verdict binding to all including Central Govt.

AAP govt should never try to create constitutional crises by resolving to refuse order issued by the Central Govt, since in such situation, President, being the rubber stamp, will uphold the order. more
Helpful Lets discuss Elections May 25
Viewed by 1082
View all 27 comments Below 27 comments

SUBRATA GUHA
BJP WANTS FULL POWER TO GOVERN DELHI, WITH MODI's REPORT CARD SCORE 000*3/70.......
BJP leader's illegal hotel at Hauz Khas Village exposed
Aam Aadmi Party congratulates residents of Hauz Khas village for exposing unholy nexus between a prominent BJP politician and corrupt officials operating in the area. Acting on the complaints of the local residents, BSES officials were forced to raid an illegal hotel erected on encroached land belonging to the Delhi Development Authority. Residents of the area unearthed the illegal business run by the BJP leader and Chairman of the South MCD standing Committee Sahilender Singh Monti and his wife.
RTIs filed by local residents showed that Mr. Monti and his wife first encroached a huge chunk of land belonging to the DDA and erected an illegal structure in the year 2012. Later it was converted into a hotel with the name “The Rose”.
After four days of persuasion, vigilance department of the BSES raided the above mentioned premises at T-40, Hauz Khas Village and found a hotel The Rose running in the premises illegally. The raiding team discovered that the electricity connection was taken for residential purpose and not commercial and consumption was beyond sanctioned load.
An RTI query from the DDA by local residents has revealed that the property has been built on an encroached DDA land off the famous Rose Garden. The query also revealed encroacher’s name as Renu Singh wife of Shailender Singh Monty.
Residents allege that all complaints made to Deputy Health Officer, MCD about this illegal hotel fell to deaf ears and even under RTI, the DHO lied under his teeth and officially reported that there is no guest house or hotel by the name of "The Rose" running at T-40, HauzKhas Village.
The Aam Aadmi Party demands that BJP should come out clean and strictest possible action should be taken against the councilor for misuse of official position. 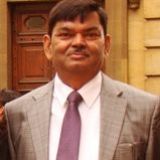 Dear Kejariwal please handle this issue with firm hands. FIGHT it hard whole heartedly. GOD is with your HONESTY.

BLESS YOU AGAIN. more
May 28

A befitting reply to Mr Satish Arora by u Sir, I quote u again here " Mr arora then let your house hold daily chorus be run by L.G if u reside in delhi people like u donot deserve voting right as that democratic process is not being liked by you.do you think as head of family u should not take decision for your family orinsuch matter the C.M AS ELECTED BY THE WISH OF PEOPLE WITH CLEAR CUT MAJORITY/MANDATE"

AND...."Why should CM OF DELHI BE IT FROM XYZ PARTY HAVE THE SAME POWERS AS OF ANY OTHER STATE? IS DELHI REALLY OUTSIDE DEMOCRATIC INDIA .ARE DELHI CITIZENS "B GRADE CITIZENS OF INDIA/FOREIGNERS IN OWN COUNTRY .JUST ANSWER THI IMPORTANT QUESTION"
Subrata Guha
Consultant-Power Plant
Retired Manager -NTPC Ltd more
May 28

Ram Yadav
I entirely agree that nothing will come tangible without knocking the door of the Supreme Court. Delhi Government should not loose his morale and fight with all force to settle the issue and seek clarification. Ram Yadav more
May 27