AAP BAck to organizing Mohalla Sabhas

NEW DELHI: Several MLAs of Aam Aadmi Party held mohalla sabhas in their constituencies on Sunday to discuss how the Rs 4 crore allotted as the MLA local area development (MLALAD) funds should be spent. More such meetings are to follow in the coming week.

Saurabh Bharadwaj, the MLA from GK, held four meetings in his constituency, one each in Mt Kailash Apartments, Sheikh Sarai Phase-II, CR Park Market-II and Khirki Extension. "We sent personalized letters to the resident welfare associations and distributed pamphlets through newspapers on Sunday morning, inviting residents for the meeting. Issues are largely common and include security concerns, improved patrolling by police, streetlights, sewers, contaminated water etc. On Sunday morning, we had also invited the Delhi Jal Board zonal engineer and tried troubleshooting on the spot. At Sheikh Sarai, residents complained about a liquor shop and poor traffic management," he said.

Of the total MLALAD, Rs 1 crore has to be compulsorily spent on DJB work. This, said Bharadwaj, should not be a problem since several areas were facing issues with old sewer lines and shortage of water. "On Sunday we received complaints and have asked agencies concerned for estimates. A second meeting will be held to prioritize work," he said.

Malviya Nagar MLA Somnath Bharti also held four meetings in his constituency. "We met residents in Khirki Village, Safdarjung Enclave B4, Arjun Nahar and Navjeevan Vihar. Residents have asked for CCTVs, toilets for women, gramin sevas for Metro connectivity, improvement in sewer and water systems. In Navjeevan Vihar, we were asked for toilets for workers like drivers and guards," said Bharti.

In Rohini, MLA Rajesh Garg held two meetings on Sunday and has planned one meeting for every 1,000 homes in his constituency. "On Sunday, I met with RWAs, senior citizen groups, NGOs etc. We discussed what work is needed and how much fund they would require. On Monday, I will meet shopkeepers. I am expecting residents to tell me what are the important works needed in their areas. We have an idea that some of these works include better maintenance of parks, cleanliness, toilets for women etc," said Garg.

In Rohini at least, and maybe in the other areas as well, residents will monitor works and payment to contractors and government agencies will be released only after they have cleared the projects. "This will ensure accountability and involvement of residents. We hope to be able to sanction projects for the entire MLALAD within the next two months," said Garg. more
Helpful Lets discuss Elections May 27
Viewed by 858
View all 16 comments Below 16 comments 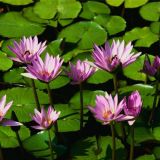 Archana Agnihotri
Dear Vinita! I find your report biased. The reason being that you informed about just three MLAs. I would suggest that please give the information about all AAP MLAs. more
May 31

Sanjay Gupta
Let us all make an introspection. Can we really say we have never made U-turns in our personal/ professional life. Why every one is after Arvind Kejriwal. One may always revisit strategy for better results. more
May 28

Sudarshan Goyal (member - AAP)
Anil ji: You and your daughter may be right, but don't make any opinion in haste. more
May 28
View 16 more comment(s)
Post a Comment