Prasanta Misra
I will join BJP on the ground that I agree with ShriNarendra Modi's philosophy and work approach in almost all fronts .In fact I will like to join PMO as an observer/consultant/monitoring and evaluation team to see that all his programmes are efficiently executed with efficiency and earnestness.For me BJP is not as important as Shri Modi the statesman. more
Helpful Lets discuss Elections Jun 07
Viewed by 629
View all 11 comments Below 11 comments 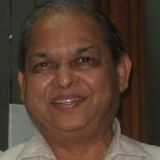 RAMESH GUPTA (RWA SECRETARY,SECRETARY GENERAL, INDIAN INSTITUTION OF PLANT ENGINEERS)
I can say that Mr. ANUDEEP YADAV has a perturbed thinking, but one request to him is not to use foul language about anyone, may be his friend or foe. I have nothing to say more about him. more
Jun 08

Anudeep Yadav
BJP Ruling Home Minister says that rapes of women are sometimes right , sometimes wrong for all citizens, What do you think you will support and say same to your RELATIVE whose family sister/wife/mother etc are ill fated and faced RAPE CRIME ? I will fight for women of my family and oppose it so much to remove BJP from Power and I will spit on MODI for tolerating such crooks in the name of Governance in states of MP and CG, but I am not sure what value u will take for defending your family women from BJP ruling Home Ministers, any idea ,please share . No problem in joining any party after all we all join like minded ideology be it rapist criminals, be it looting of indian public money of free hospitals for helping Ambanis... or party which wants absolute honesty of public money spending thru swaraj. more
Jun 08

Anudeep Yadav
Since Yogendra Thakur ji is Speaking so much about Indian politicians, Lets join in to put Chor G, kari who has looted millions of Poor people MONEY and is now RESPONSIBLE for looking interests of the same people he LOOTED, How can a THIEF save the same thing he intends to LOOT . If people like MODI r serious to help India , he should take RESIGNATION of Gadakari NOW, but then he is like Soniya Madam, ek taraf Chai , ek taraf BAR, same product, LOOTING. more
Jun 08

Yogendra(Yatin) Thakur
Congress president Sonia Gandhi was a bar girl in a pub where Rajiv gandhi used to flock in for drinks with his crew. She is not even Matriculate ! She came with just her hand bags and today she is world's 6th richest person. Where does this money come from? She is member of the club of such persons who decide where to invest the black money. more
Jun 08

Yogendra(Yatin) Thakur
Congress deserved more than abuses, and narendra Modi didn't abuse Congress he called Shajade to Rahul and madam Soniaji to Sonia Ghandhi(Feroze gandhi family, not Mahatma Gandhi, as public at large in India confuse). People at arge in India has very little knowledge and memory, they don't know or don't want to know that it was Jawaharlal Nehru, a muslim indeed, cousin of Sheikh Abdulla of kashmir, called himself a kashmiri Pundit but whose breakfast started with beef, had a very debauched character, tortured and neglected his wife kamla Nehru, flirted with last British Viceroy's wife, Firaque Gorakhpuri's homo, Gandhis favourite for 1st Prime Minister overruling 17 votes in favor of Sardar Patel for Pm post that resulted in partition of India. Gandhi was responsible for partition of India. Had Sardar Patel, the Iron man who integrated Kashmir and Hyderabad Estate to India, did away with privy purses of princely states, been PM then , India by now would have been a super power. Nehru gave away Tibet to China, Kashmirr to Pakistan just to get Nobel Peace Prize for peace. Since then how many lives on both side of the border have been lost, have you counted? And peace is far way. Gandhi did nothing to save lived of Bhagat Singh, Sukhdev and Rajguru when he could have done it by not signing the Instrument of Accession Act with the British for partition of India. The Freedom we got was not the outcome of Gandhi alone, there were many forces likes of Subhash Candra Bose, Bhagat Singh, Sukhdev, Rajguru, Tilak, maulana Abdul kalam Azad, tantia Tope, etc. and the World War II that changed the geopolitics of teh world. You go to school!!! more
Jun 08
View 11 more comment(s)
Post a Comment