Parthasarathy MA
I would like to share the message of Shri C.G.Krishnamurthi, a lover of Sanskrit language. Sanskrit is the mother of all Indian vernacular languages, as well as the mother of the great Indian culture (or Samskrti). Please start a DD channel for Sanskrit or Samskrtam.
Jai Bharata Mata
Jai Samskrtam.

Over 120 million first time voters (out of the 550 million total voters) have registered and voted in this election. Majority of them have clearly voted for a Modi led BJP Government with a decisive mandate.

It should also be noted that the website www.narendramodi.in, its Sanskrit homepage got about 100s of hits every day during 4 months. This alone proves that many are looking forward to such a media.

In addition to this, every single video clip on Sanskrit posted in the Youtube has got 1000s of hits during the past year alone.

Who will be the audience - let us look at some sure numbers:

- 25,000+ Sanskrit university students from 25+ Sanskrit university campuses,
- 60,000 students of Ayurvedic medicine collages,
- 6 crore middle school students (Sanskrit as their 2nd or 3rd language),
- 1,50,000 college students who have chosen Sanskrit in their studies,
- 12 million+ adult audiences who are trained in spoken Sanskrit by Samskrita Bharati and Rashtriya Sanskrit Sansthan during the past 5 years

Also during the Vishwa Samskrita Pustaka mela during Jan-2012 within a span of 4 days 60 million books (only Sanskrit) worth 7 crores got sold in Bangalore. So there are sufficient audiences for Sanskrit TV Channel.

All these people could become viewers as well as be benefited with a Sanskrit TV channel and Akashavani Sanskrit FM Channel.

This DD-Sanskrit TV channel should also be professionally managed with innovative programs and packaging, unlike other DD channels, so that it can not only get help spread the language but also be profitable. However in this channel all content including Ads should only be in Sanskrit.

Currently there is a social media campaign going-on which appeals to Hon'ble PM Sri. Narendra Modi to take oath in Sanskrit during the swearing-in ceremony - this campaign got about 5,000 signatures, likes, shares and forwards with in 48 hours of someone posting - support is pouring in even from non-BJP sympathisers !. This proves the India's Internet generation (educated audience) loves Sanskrit - the living great grand mother of all our mother-tongues (languages) is looking forward to our attention.

Just to draw a parallel, I compare the current state that is in Canada - There are about 23% Canadians (7 million people) speak French and for them, there are state-run media and communication infrastructure in Canada in French - that being the case, why can't there be a state-run National Television channel and a national FM Radio channel exclusively for Sanskrit in India ?!. Showing 5 minutes Sanskrit news once a day in DD-National channel is not sufficient.

When there is a TV channel for every single official languages of India including for Urdu - why can't there be one for Sanskrit. more
Helpful Lets discuss Elections Jun 01
Viewed by 1254
View all 30 comments Below 30 comments 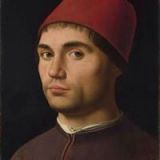