BJP lie about its greed to grab a plot of land originally earmarked for a school in central Delhi has been completely nailed by the clarification issued by the DDA in response to the letter by the Deputy Chief Minister of Delhi, Mr Manish Sisodia to the Lieutenant Governor.

The BJP first stated that due procedure had been followed for allotment of land to it and the land was allotted during the Congress-led UPA government’s regime.

The DDA statement, however, makes it absolutely clear that the Land & Development Office (L&DO), which is under the Union Urban Development Ministry, allotted land to the BJP on 27 November 2014.

The DDA statement further states that it was handed over the land by L&DO on 5 December 2014.

Is it not a fact that both the L&DO and DDA are under the Union Urban Development Ministry ?

A RECORD SEEMS TO HAVE BEEN CREATED BY THE BJP’S CENTRAL GOVERNMENT ALLOTTING THE LAND AND HANDING IT OVER TO THE DDA WITHIN EIGHT DAYS.

What is equally shocking is that the Lieutenant Governor of Delhi, who is an educationist himself, strangely allowed the land originally earmarked for a school to be divested for construction of an office of a political party.

The AAP challenges the BJP and the LG to answer following questions :

1) The BJP was harping on procedure earlier, can it now reveal how it was allotted land and how it was transferred to DDA within eight days ?

2) Why did the LG allow the land earmarked for a school in the zonal plan of the Master Plan to be handed over to the BJP ?

3) Who pressurised the DDA to do the Change of Land Use of area earmarked for a school ?

4) Why is BJP evading a response to the fact that the land was earmarked for a school ?

5) Can the LG point out a single case in which land transfer has been done as fact as it was done in case of BJP ? more
Helpful Lets discuss Elections Nov 07
Viewed by 1555

Satyarth Prakash (Shakti Khand Brave Citizens)
Question of starting the construction work by Delhi Government over the allotted plots for school is disturbing people. When were the plots allotted. Is there a plan to initiate school construction over the plots made available? more
Nov 13

Ram Saran Bhardwaj ( JANTA WILL RISE....)
Thats why both Congress and BJP are trying to pull down Kezriwal to their standard by hook or by crook so that they can cry that kezriwal is not a different person but like one of them.
Janta is not fool. Janta is watching each step of kezriwal and the hindrances caused and criticism made by both these parties in collaboration with Police, Najib Jung, DDA MCD etc.
Land is not being allotted for schools and hospitals, Police does not accept command of Kezriwal...DDA does not accept what kezriwal demand.MCD is working independent of kezriwal.
What a fun....People of Delhi State are voting to elect a GOVT...without any RIGHT. Why so much expenses on elections & elected Govt in Delhi ?
Kezriwal is much capable of delivering things than these illiterate heads of so called political parties
What is the contribution of Satish Upadhyay and Ajay Makan to uplift condition of Delhites....except criticizing Kezriwal during last one and a half year....and even before.... more
Nov 09 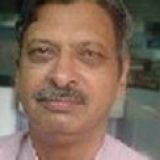 PK Varma
BJP is behaving like its predecessor more
Nov 08

Raghuraj Choudhry (Commander)
Most of educationists are Munna Bhai Type . that is why condition of Education in this country has been detoriated. more
Nov 07
Post a Comment