SUBRATA GUHA
To,
The Chief, Date:30th Oct 2015
Anti Corruption Branch,
Directorate of Vigilance,
Govt. of NCT of Delhi,
Civil Lines, Delhi -110054
Subject: Complaint against Hon’ble LG for his attempt to shield Sh. O.P.
Chautala, a convict who was awarded exemplary punishment for corruption
Dear Sir,
This is a complaint in an extremely serious matter of corruption.
Brief facts of the case are as follows:
May 2015: A request for extension of Parole is made by Sh. O.P. Chautala (the
convict) on grounds to peruse the filing of SLP in Supreme Court, and maintain
family ties. The Home Minister of Delhi Govt advises rejection of the Parole, as it
appears be unwarranted since the convict had enjoyed a Parole of many weeks in the
month of April’15; and this plea appeared to be frivolous. The LG disregards the
Delhi Govt’s decision of rejection of Parole; and grants the extension of Parole.
September 2015: Another Parole request is made by the Convict, on grounds of
serious illness of a family member and to maintain family and social ties. The Home
Department of Delhi Government recommends rejectionof the request for Parole
citing Parole Guidelines 2010, that is, minimum of six months ought to have elapsed
from the date of termination of the previous parole. Parole, thereby is rejected.
October 2015: Another Parole request is made by the Convict, seeking Parole on
medical grounds. Despite the Delhi Government’s strong objection to any Parole
request and inability for entertaining such a request under the Parole Guidelines 2010,
the LG exercised pressure on the Home Minister (Shri SK Jain) asking him to grant
Parole to the convict. The reasons given by LG while pressurizing the Home Minister,
were, that Sh. OP Chautala has been a five time President of a political party and
thereby he should be granted Parole.
30th October 2015: A press briefing of media persons was called at the LG’s office.
In this, the OSD to LG accepted that the LG spoke to Home Minister of Delhi
Government about Sh.OPChautala’s second Parole plea on the 21st October 2015
meeting at LG’s office. The OSDto LG also confirmed that the file for second Parole
reached the LG’s office on 28th Oct 2015. When questioned on the fact that the file for
Parolereached LG on 28th October, how was he exercising pressure on the Home
minister on 21st October- they conceded that LG had information about the Parole
request through “informal channels.”
Now, from the above facts it becomes crystal clear that:
The Hon’ble LG’s personal, rather strange, intervention in a routine matter of Parole
request, is an attempt to provide benefit to a convict (Sh. OP Chautala) who has been
convicted and awarded exemplary punishment on serious grounds of corruption, by
the judiciary. His willingness to discriminate in this case and offer favourable
treatment to a person convicted on grounds of corruption raises concerns. His office
also concedes that the LG has “informal channels” through which he was aware of
Parole pleas of Sh. OP Chautala, there by clearly indicating LG’s direct contact with
the Chautalas.
It is pertinent to note that the convict in question is a well-known politician, and a
former Chief Minister of a State. When the judiciary has awarded exemplary
punishment to the concerned person after finding him guilty under the Prevention of
Corruption Act, it was only in the interest of fairness and propriety to reject the Parole
request.
The LG, being a constitutional position, has misused his office to provide benefit to a
Sh. OP Chautala, in both May 2015 as well as on October 2015. There concerns about
quid-pro-quo in the dealings of Parole of Sh. OP Chautala and the role of LG needs to
be thoroughly probed.
Sincerely,
Ashutosh
Dilip K. Pandey
Raghav Chadha more
Helpful Lets discuss Elections Nov 03
Viewed by 1463
View all 8 comments Below 8 comments 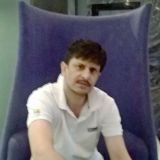 Vikas Sharma (self employed )
And, what about the cases pending against corruption made in common wealth games 2010. And each dealing with the previous Govt. delt with should be investigate how the Govt. Aggravated the expenses made to public works. Although the big scam of DDA flats which where handed over in delapidated condition with incomplete fittings and fixtures, which were got done by the flat owners themselves.
They all should be punished in the case of antinational activities and not completing the promises' made to the public of India. more
Nov 04

Ram Saran Bhardwaj ( JANTA WILL RISE....)
Parole is itself a confusing matter.If a seriously convicted prisoner is given all the facility of general life then it is a joke to say him a criminal. Chief Minister if committed a crime and the crime is proved then he should not be allowed parole like things to enjoy.Why we become so merciful in these serious matters.
A C.M. must be taken more guileful than an ordinary man.He must get severest punishment with no social life to be enjoyed by him.
Parole may be for freedom fighters but not for cruel criminals.
I am aware of one person who was a dacoit and finished his life imprisonment of 14 years. On the same day he came out of jail and seen in village, but in the night he and his companions raided one seth for dacoitee 40 miles from my village.It means he has arranged all the things in jail itself. Again arrested and sent to jail.
Corruption is not a joke. This is one side game-corruption or NO CORRUPTION. Don't mix up things---corruption...court... jail...parole....and finally withdrawal of cases....for political mess. more
Nov 04 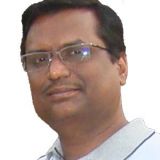 Nabajyoti Das
LG is just a Job Holder in constitutional position with the pleasure of his political masters. Really sympathises with his helplessness. more
Nov 04

Vinod Kumar
Has this letter been circulated to all in the public?? more
Nov 04

Sanjay Grover
This is only a complaint and not a verdict . Let us hear the other side also. more
Nov 04
View 8 more comment(s)
Post a Comment