The Aam Aadmi Party today demanded resignation of Finance Minister Arun Jaitley for his close and old relationship with one of the key suspects of Panama Papers scandal. The party believes that Finance Minister has a history of derailing probes against the corrupt and misusing his office to influence the investigators. There is no reason to believe that this time he will not interfere in the probe in Panama Papers scandal to shield his close friend Lokesh Sharma, who is now a key suspect in the scandal.

Addressing a press conference today, AAP leader Sanjay Singh said that Panama Papers scandal has shaken many governments in the world, but in India the government is maintaining silence. The names that have come out so far in the scandal include that of Prime Minister Narendra Modi's friend Guatam Adani's brother Vinod Adani, key figure in 2G scam Niira Radia, Son of Chhattisgarh Chief Minister Raman Singh and now Arun Jaitley's close friend Lokesh Sharma has been found to be maintaining and promoting business entities in tax haven British Virgin Island.

"Lokesh Sharma is the same individual whose company was handed out contracts worth crores of rupees by the DDCA, when Jaitley was heading the Delhi cricket body. Questions had been raised on the way benefits were given to Lokesh Sharma. Now there is a natural question that everybody needs an answer to. Is the money being circulated by Lokesh Sharma through the companies floated in tax haven is linked to the DDCA scam? Nation today wants to know whom does this money belong to; to Lokesh Sharma or he is just a front for his political masters." Said Sanjay Singh addressing the press.

He said, Aam Aadmi Party today asks five questions and expects clear and to the point answers from the Finance Minister:

Question 1: Mr. Jaitely, please tell the nation since when have you known Lokesh Sharma and what is your relationship with him and his companies?

Question 3: Mr. Jaitley, is it not true that Lokesh Sharma and his companies were awarded contracts worth crores of rupees by the DDCA, when you were heading the cricket body?

Question 4: Mr. Jaitley is it not true that even after Chetan Chauhan Committee indicted certain office bearers of the DDCA for illegality and fraud, you wrote to the then Police Commissioner B K Gupta and Special Commissioner Ranjit Narayan saying they had done no wrong and that the case against them should be closed? Was your conduct as Leader of Opposition ethical?

Question 5: With this tainted history of yours, what is the guarantee that you would not interfere with the probe once again to shield your close friend Lokesh Sharma, who is a suspect in Panama Papers Scandal? Why should the nation believe that a free and fair probe is possible with you at the helm of affairs?
© 2016 Microsoft Terms Privacy & cookies Developers English (United States) more
Helpful Lets discuss Elections Apr 12
Viewed by 1676
View all 10 comments Below 10 comments

Satyarth Prakash (Shakti Khand Brave Citizens)
NDA government will start finding way to harass the AAP members instead of answering these questions. To keep the Congress party in control, NDA is blackmailing them by coining new scams without any willingness to act on it till any actual result. more
Apr 27

Satish Kumar
Q 5 "tainted history" is an unverified and inappropriate which ought to be avoided. Otherwise the questions merit an answer more
Apr 14 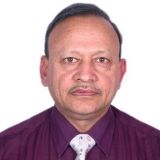 Ashok Aggarwal
I don't see anything wrong with the questions raised by AAP. Since Mr. Jaitley is an honest politician, he should have no difficulty in answering these questions. He can easily clarify his position and earn respect. more
Apr 13 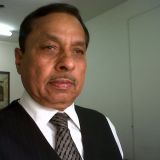 Deepak Singh (Ex bureaucrat now Advocate)
I would suggest that at first priority Delhi Govt must concentrate on Delhi. I had earlier suggested to make Delhi a Prohibition state as far as Liquor is concerned. Substantial law and order problems would be sorted out. We must follow Bihar and Gujrat. more
Apr 13
View 10 more comment(s)
Post a Comment