Obviously, everyone does not have the requisite mindset and determination to become a project promoter or entrepreneur. Some people have and they normally respond to entrepreneurial opportunities with enthusiasm, in spite of several obvious hurdles and risk factors.

With the Prime Minister’s start up India programme, many persons are examining the feasibility . However, it is seen that quite a number of them talk more about the problems and the hurdles and challenges rather than the prospects and opportunities in front of them.

Many persons point to the corrupt and lethargic bureaucracy and government machinery, political interference , problems created by rowdy elements , suffocating tax policies etc. as reasons that prevent them from leaving the paid jobs and starting ventures on their own.

While Modi government is trying to reduce and limit such problems, there is no way that such impediments can be totally removed in the immediate future.

In such circumstances, the positive minded entrepreneurs have to start and move ahead with determined approach to tackle the issue and succeed. Really, this is the thrill of being an entrepreneur.

It should be kept in mind that during the last several decades after India’s independence, several people without any wherewithal and who studied under street lamps ventured and became a model entrepreneur for others. Many examples can be readily cited. They all have achieved even in more difficult times with much more cumbersome procedures.

It is high time that the prospective start up entrepreneurs should be clearly told that starting a project cannot be a bed of roses and it cannot be for a person with a weak heart.

Let us hear more about the perseverance of motivated start up entrepreneurs who face hurdles and move on rather than the loud cries of complaints. 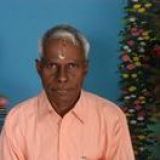 Krishnapuram Nagarajan (Trustee "Tad Dvam Asi Trust" Regd 6/2016 Book IV. Registered with Sub-Regis)
Yes sir, I have interacted Off & on with U sir. Now I thought I would need your advise as I am68, Diploma Electrical Engineer, retd from ONGC. I have Parkinson and move around within the house. Yet I am an innovator. I have fabricated Human powered electrical power generating machine and tested it to be 50% efficient in 2006. Ever since then I have been thinking about improving the efficiency. Now I have conceptualised one such machine and my nephew advised me to first confirm by using CAD. Yes I understand every entrepreneur feel the accomplishment and they have come across hurdles. Yes If Ambedkar or APJ remember contributors for their accomplishment, then I too look for some partners so that we climb to awaken the world that Karma Yogi way of life leaves a civilized world to our children. Yes I have compressed so much and if any one needs any elaboration I shall be happy to share more please Sirs. Thank you, Yours sincerely, K.S.Nagarajan. Villivakkam, Chennai. more
Apr 15

Madhu Sudhan
It is Modi sir duty, to keep the government, his ministers, his government offfiicials collectors to be clean from corrupt and bribes before forcing his department to act against people for frauds. Ruler should be clean first than the ruled. rulers are government, ministers, officials etc, ruled are common people. if he go in this awy he will achieve no corruption in india. more
Apr 13

Ramesh Saxena (Retd EXecutive civil engineer)
R.K.SAXEN/ Bhopal.Our Honorable P.M. is having a good thoughts indirection of creating self employment and developing our country. But before all these, Our honorable P.M. must take hard action against corrupted persons who may be Bureaucrats or high power leaders. as well as sever action should be taken against false complainers within six month. by this Lower level and middle level management automatically set right. more
Apr 10