The Anar Patel scam has totally shredded the façade of Narendra Modi as a crusader against corruption. It is said that when he was Chief Minister of Gujarat, Narendra Modi himself oversaw every single aspect of governance, so this blatant giving away of 422 acres of public land to crony capitalists clearly exposes his willful support and collaboration in corruption and loot of public land.

New facts that have come to light in the shameful loot of government land near the Gir Forest Sanctuary show how the Gujarat Government, under Narendra Modi’s leadership, through all rules to the winds in order to benefit its ministers, their families and their business partners.

The Aam Aadmi Party feels the silence of the Prime Minister as well as of the Chief Minister of Gujarat in unacceptable and it only goes to show that they were complicit in this scam. Therefore we have three demands:

1. A Supreme Court monitored inquiry, SIT, must be set up to investigate the irregularities in the allotment of this land and the possible beneficiaries of this scam.

2. Anandi Patel must resign immediately in order to ensure that a fair probe can be conducted.

3. The Prime Minister was the Chief Minister of Gujarat at the time of this scam and it is imperative that he immediately gives a public clarification on this issue.

The inquiry must deal with following aspects of the scam:

1. On what basis was 422 acre land, contiguous to the Gir Forest Sanctuary, allotted to Wildwoods Resorts & Realties Private Limited at mere Rs. 15 per sq.m. when even the ready reckoner rate for stamp duty calculation was Rs. 180 per sq.m.? On what basis did the State Committee, that approved the sale, arrive at this 90% discount to this particular company?

2. The same State Committee, in the same meeting, approved a sale of adjacent land to Muralidhar Gau Seva Trust at Rs.671 per sq.m. when the going ready reckoner rate for stamp duty calculation was Rs. 190 per sq.m. On what basis did the State Committee chose to charge Rs.671 to an NGO and Rs.15 to a commercial entity for land in the same area? What were the compelling reasons for the differentiation in prices.

3. All state governments have norms for allocation of public land for private use, what are these norms and were they followed? What was the criteria for allocating this land, were there public advertisements, or tenders floated for a tourism project? What was the price determination mechanism? Was an auction held or was it done to through tendering?

4. There are forest norms and norms for use of land in eco-sensitive zones. These have been clearly violated and there should be an investigation to determine all the laws that have been flouted.

5. Is it true that the law to use 2 km land adjoining a forest sanctuary only for forest related activities was changed by Narendra Modi’s state government to 1.5 km specifically to accommodate the business venture of Wildwoods Resorts & Realties Private Limited?

6. Mr Dakshesh Shah, who is the owner of Wildwoods Resorts & Realties Private Limited, is the business partner of Ms Anar Patel, the daughter of Ms Anandi Patel, present Chief Minister of Gujarat and then Revenue Minister. There have been crores of rupees of transactions between these parties and any possibilities of kickbacks and money laundering should be investigated.

7. On what basis was Wildwoods Resorts & Realties Private Limited permitted to run a resort near the Gir Forest Sanctuary when they admittedly did not have any track record in the tourism business?

8. In the terms & conditions of the land allotment it is clearly stated that Wildwoods Resorts & Realties Private Limited will not transfer the land in 5 years and will commence work towards a tourist resort within the same period. Mr Dakshesh Shah did not commence the project but transferred the land to a third party within 5 years. Why was the allocation not terminated on the flagrant violation of this basic condition?

If this loot has to end, they the people must raise questions, the courts must step in to probe the misdoings and punish the culprits. The Aam Aadmi Party believes that state government are custodians of public wealth and is pained to see how people are instead being cheated in order to benefit ministers and their families and friends. more
Helpful Lets discuss Elections Mar 11
Viewed by 1746
View all 7 comments Below 7 comments

Suresh Tiwari
Modi ia giving extension to corrupt chairman & director of PSUs also who were selected by UPA govt. He has done setting with them also. more
Mar 12 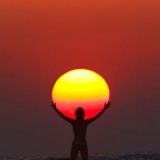 JOYDEB MAJUMDER
Being a founder member of AAP i think we must concentrate on the deals and development of Delhi Only for which we have got the mandate to run this small UT for five years. Why should at all we go to Various parts of country where only Central Govt is involved resulting a tussle between the newly formed party and Central Unions/parties. Lets fulfill the commitments we have aspired during the election and claim our points that there is no alternate for AAP. We have been born against Congress ruled corruption but there is no issue against them !!!We are simply wasting our valuable time of 5 years by raising those issue against a single party BJP but none. So please be intelligent to run a government and lets work for Delhi Only. Jai Hind. more
Mar 12

Prithvi Nath Bhargava
Already clarification have been made by the Gujrat Govt. Despite that if Mr. Subrata Guha and others like him have still a valid point they instead of demanding SIT must go to the court of law just like Mr Subramanium Swamy and Mr Arun Jaitly. more
Mar 12

Suresh Bhatia (Ex President Cen. Govt.Emp. Resi Welfare Assn & still meet once in a month )
The Anar Patel scam has totally shredded the façade of Narendra Modi as a crusader against corruption. It is said that when he was Chief Minister of Gujarat, Narendra Modi himself oversaw every single aspect of governance All the politicians , who have thousand of acres were not born with land. Best way after becoming PM/CM keep Mum & enjoy stint like Sh. Manmohan Singh ji. Modi Govt can not do any thing which is correct. Hajj gathering, Kumbh at River Banks at Haridwar, Nasik, Allahabad with Govt support are OK, but Shri Shri is wrong. Had the matter of Mallaya remained burried like past what ever was being done let be continued if you raise finger now then reply it was not let continue like in past more
Mar 12

Vinod Kumar
Inspite of the so called alleged scam, Gujarat is the no. one State in India. Why are you people only after Modji. None of you talk about proved other scams and their leaders with whom your Honest Kejriwal joins hand. more
Mar 12
View 7 more comment(s)
Post a Comment