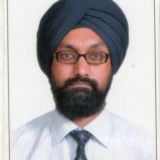 Gulwant Singh
We welcome Mr Arvind Kejriwal 's initiative to recommend SIT on 84 riots. Almost 30 years have passed and the wait for Justice is still on. We hope that SIT is approved soon and justice is delivered.

This is my first hand account of what happened with us :

Our family was a victim of 84 riots in which our house was first looted and then burned down, I was 13 years old and we all narrowly escaped death.We were given a check of Rs 5000 as compensation, before we could deposit it, it was taken back from us with the reason that only fatality -death of an person will be compensated and not any property loss/damage.

In 1984 we were living in Government quarters, my father was in MT 2 -Ministry of Defense,Our house in sector 4, RK puram was attacked on November 01, 1984 at about 3 or 4 pm thanks to our Hindu neighbors who saved us and gave shelter in their home, risking their own lives. But the rioters continued their pursue to kill us and next day started house to house searching.

Fearing for their own safety, people who had saved us requested us to look for alternative safe house. Later,My father called up his C.O who came with Army personnel and rescued us.

Everybody knows who are guilty for the 84 riots but no political was interested to punish the guilty , how can congress punish Jagdish Tytler and Sajjan kumar and Late HKL Baghat,???

Same went for BJP, why should they punish their RSS members for mass murders ?? The article in newspapers(interview) of their then RSS supremo justified the state directed killings.

The 84 riots and denial of justice reminds of Kurds in the middle east , who are killed by many countries( Turkey, Iraq and more), its a saying that "a Kurd has no friend ". more
Helpful Lets discuss Elections Feb 06
Viewed by 1160
View all 14 comments Below 14 comments

Tilak Gulati (RWA ACTIVIST/MEMBER,ENGINEER)
excellent and bold step by kejriwal.both congress and bjp offer only lip service and have never taken actions when they were ruling at centre or delhi.they were never sincere.i am sure given a chance to push thru kejriwal will make it happen but provided he is able to get it thru.internally bjp never acts against congress leaders and vice versa.all they show in media is public posturing to mislead people.i hope kejriwal stays and is able to get results more
Feb 09 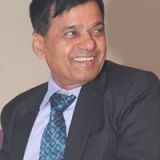 NARAYAN BABU (Dr)
IF A STATE GOVT FAILS TO CONTROL THE COMMUNAL RITES, IT MUST BE DISMISSED. UP GOVT HAS NO MORAL RIGHT TO RULE. GUJRAT RITES HAVE BEEN PROVED UNDER APEX COURT. UP RITES ALSO MUST INVESTIGATED AND GUILTY TO BE PUNISHED. THERE ARE SO MANY COMMUNAL RITES IN UP DURING SP RULE, WHY THE CENTER IS KEEPING QUITE. more
Feb 07

S.k. Sharma (Advocate of cooperative societies)
@ Gulwant - While nobody in his right mind will ask you to forget 1984, pl. do not play in the hands of the Congress by equating 1984 with 2002. Remember the Gujarat riots followed the Godhra burnings in which more than 50 people were burnt alive in the train.However, I agree that two wrongs do not make a right. more
Feb 06
View 14 more comment(s)
Post a Comment