SUBRATA GUHA
How Modi is helping Kejriwal by holding a grudge against AAP
While Delhi chief minister is playing the game like an ace politician, the Centre is allowing L-G Najeeb Jung to jostle with him like a typical babu.
POLITICS | 4-minute read | 23-07-2015
Nilanjan MukhopadhyayNILANJAN MUKHOPADHYAY @nilanjanudwin
3k

In a television debate in 2014 in the middle of Lok Sabha elections, I referred to Arvind Kejriwal as chota Modi. Earlier this week I was speaking to a former aide of the Delhi chief minister. He was part of the delegation of Muslim leaders who met the prime minister in early June. Naturally, I queried about the nature of deliberations. "You call Arvind as chota Modi, I call the prime minister as bara Kejriwal, " he said wryly.

In this observation lies a commonality between the two and because of this, the Centre is making a mistake in its dealing with Delhi government. The problem that leaders like Modi and Kejriwal face is that down the line in their political command structure, everyone wishes to act like the big boss while dealing with people lower in the rung. But then, it is the responsibility of the boss to ensure that his juniors do not mess up his larger game for petty gains.

Since late May, the Centre has allowed Delhi lieutenant-governor, Najeeb Jung to lock horns with Kejriwal entangling him in needless ego clashes which has only enabled the latter to score important points in this bout. Initially, there was a wrangle between the two on the issue of Anti-Corruption Bureau. This was followed by the fracas over the charges against former Delhi law minister Jitendra Singh Tomar when Delhi police rushed into pursuing the case against him while going soft on Smriti Irani.

After the horrifying incident in a west Delhi locality when a girl was stabbed multiple times, Kejriwal predictably mounted a campaign against Delhi Police. The chief minister's strategy is simple: raise demands that cannot be fulfilled under current laws. The powers of the Delhi government are not determined by the whims and fancies of the LG or the chief minister, but by the legislation that granted Delhi partial statehood in the early 1990s.

Kejriwal is raising this issue to build a political case and manifesto for the next elections in Delhi. In contrast, the Centre is allowing Jung to behave in typical "babu" style and in the process further disconnecting the BJP from the people of the capital. One does not have to do much to gauge the impact of the campaign but to just stand at the local kiosk while the radio plays out the audio advertisement of Kejriwal the actor.

If Modi thought that he would be the last one to modulate his voice for political impact, he has been sadly mistaken. Clearly, the Delhi chief minister is leaving no stone unturned to make maximum impact. After having gained by use of theatrics in politics, Modi now gets a bitter taste of his own medicine.

Earlier too, the Centre failed to control institutions over which it has some degree of control or influence. For instance the electricity regulator's decision to hike power tariff: however justified this may have been, was taken without taking the state government on board on the issue. This enabled Kejriwal to recast himself in the agitator mode. Like Modi, agitating is his forte.

The bureaucratic wrangling initiated by Jung over appointment of the Delhi Commission for Women chief, Swati Maliwal, is another issue where the Centre has not acted in time to ensure that the Delhi government's choice is allowed. After all, every previous government appoints party favourites to such positions and denying AAP this privilege enables Kejriwal to tell supporters that the Centre is not clearing a single decision of his and not allowing him to function.

Kejriwal, like Modi, is a smart operator and knows how to keep his businesses running. He thrives on enacting the role of the underdog, the David out to defeat Goliath. The "bechara" image is something that Kejriwal loves and capitalises on. The peculiarity is that while Jung, not being a politician, can be expected to act stubbornly, Modi should realise this and needs to direct his people that the Delhi government should be given a long rope and enable it to make mistakes.

In another month, Kejriwal will complete six months in office and a review of this period will suggest that while he has focussed on big slogans to garner brownie points, he has quietly gone about providing a stable government. In contrast, the Centre, through the LG has conveyed the impression that it still grudges Kejriwal his victory and that the BJP is yet to recover from the trauma of the washout in February. Such strategy enables Kejriwal to dictate terms and he will not lose any opportunity to further "tease" the LG. The problem is that while Kejriwal is playing the game like an ace politician, the Centre is allowing Jung to jostle with him like a typical babu. Jung and Modi must remember that while Kejriwal is the "elected" leader, the LG is a "selected" official. In a democracy, the people will always believe the former and consider the latter as disruptor.

Satyarth Prakash (Shakti Khand Brave Citizens)
well said "After having gained by use of theatrics in politics, Modi now gets a bitter taste of his own medicine." So the nick names must be revised saying Bada Modi and Chhota Kejri. Comments above "AK is not leaving any stone unturned." - now that really hurts to many. How is he able to do that? Because he is not just depending on posters. more
Aug 09 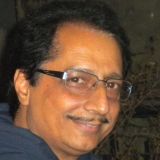 Sunil Bhardwaj
Exactly why Modi does not highlight that due to his adventures of publicity some body died and i announce so much money for his family. One side our Kejriwal a simple man with simple clothes and in chappals and on the other hand our Modi jee wears designers clothes worth lakhs and then talks of Poor people, what an irony. He by his insulting jokes towards others or say by making mockery of others in his speeches and illiterates clapping he thinks he has won hearts permanently. There is no comparison of Modi with an educated simple person like Kejriwal. more
Jul 29

SUBRATA GUHA
MR Sunil Bhardwaj, I appreciate u 4 bringing true facts of Modi's misadventure & wasting crores of Tax payer's money. I am a retired Manager from NTPC Ltd and a Mech engineer by profession. I spend some 25yrs in Electricity Generation at Badarpur & other Power Plants. I want to inform that whenever any accident/death take place due to negligence Police investigation is mandatory, & the guilty is taken to task. One labor died at the at Modi's rally/inaguration at Banaras venue (perhaps of electrocution). Why no action taken by Police on negligence death in rainy season & forcing 2 work on live electricity lines. Why DPC Bassi or Meena is nt sent now 2 Banaras 2 investigate, like they did so swiftly in case of farmer Gajendra's suicide or Tomar's fake degree row. 3 attempts by Modi in this inauguration failed, wasting some 17 crores of Tax payer's money. "Sayeed naseeb bale ko wos badnaseeb labor ka bad dua lag gaya ho" more
Jul 29

Sunil Bhardwaj
Even I am getting 50% rebate in Electricity for the last 6 months by keeping consumption below 400 units in 30 days. Same is with water Great. This Man Kejriwal has new ideas and it takes time to understand his moves. His putting up posters " Modi jee please let us work" paid " Ham kaam karte rhe vo preshaan karte rhe" are the simplest way of sending message across politicians and public. and in contrast what Modi is doing, He attempted twice by spending crores of Rs to inaugurate One Hospital in Banaras but all money wasted. In our view where is the need to inaugurate the said Hospital by Modi only Let it start and why not inaugurate by a labourer who constructed the hospital or a social worker but then what about Modi Jees publicity stunt??? His these stunts are his work done actually. more
Jul 29

SUBRATA GUHA
Mr Sunil Bhardwajji, Sir, u have brought the the real truth in yr contention. CONGRESS REGIME(COALGATE,2G,CWG & MANY MORE SCAMS) NOW IT IS MODI'S(2002, USA:NO VISA, DELHI LOVES U:003/70 AND NOW ADDING MORE FEATHERS TO HIS CAP: LALITGATE, VYAPM SCAM, PANKAJA MUNDE AND MANY MORE) TURN TO HUMILIATE/TARNISH D IMAGE OF AAP/AK GOVT B IT AT THE COST OF DELHITIES SUFFERINGS. IN SPITE OF ALL THESE "PAARESAANIS" AAP/AK IS DELIVERING OUTSTANDING IN EVERY FRONT & PEOPLE'S LOVE/RESPECT 4 AAP/AK INCREASING BY LEAPS & BOUNDS, MAKING CONG/MODI JEALOUS ALL THE MORE. I FEEL PROUD TO BREADTH IN HONEST/CORRUPTION FREE ENVIOURMENT FINALLY. MY DREAM COMES TRUE FINALLY. BOTH OUR WATER BILLS IN THIS CYCLE ARE ZERO. I HAVE NT PAID A PENNY TOWARDS WATER & SWEAR CHARGES SINCE AAP GOVT TOOK OVER. I ALSO ENJOYED 50% REBATE IN ELECTRICITY BILL ONCE. THE WHOLE COUNTRY IS WATCHING HOW MODI(000003/70) IS USING DP/LG/DELHI GOVT'S ACB IN EVERY STEP TO UNSTABLE AAP/AK GOVT(67/70) TO TAKE REVENGE FROM DELHITIES. WORST DAYS ARE AHEAD FOR MODI IN BIHAR POLLS. more
Jul 28
View 30 more comment(s)
Post a Comment