Anonymous Circle Member
1. Promotions should be made transparent and objective, linked only to performance. 39% marks are earmarked for `interview' which overshadows `performance, knowledge, multi-state working etc' . This should be put an end to.
2. Many Managers, Regional/Zonal Managers `buy' deposits & get promotion & the deposit will disappear immediately. Similarly, loans given by these staff will become NPAs after one year. They are rewarded & penalised as these dubious growth benefits higher ups in promotions as well as `otherwise'. Hence, criteria should be broad based & to consider aftereffects their work in the previous postings.
3. Purchase policy to be sound & uniform for all banks.
4. Rules of business, each department's responsibility etc be uniform in all banks. For example, purchases & other work of Security Department is taken away for `illegal monetary gains' by DIT, GAD etc & the rank of Security Chief kept stagnant for the past 30 years, while others posts have upgraded. From 10th position it has gone down to 200th position in many banks.
5. Now, CMDs & EDs dont take up employment with ex-clients but become advisers & make money. These dubious ways are to be stopped by Govt. more
Helpful Together Against Corruption Sep 04
Viewed by 4518
View all 25 comments Below 25 comments 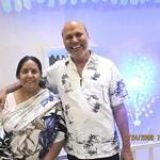 Shambhu Sharma (president land marvel fantasy apt. owners association)
Two recent news items have drawn my attention 1) 1.2 crores looted from a Jharkhand businessman in a Delhi market 2) 1.8 crores taken by car from vellore to Chennai 60 lacs looted by carjackers. Where from the money came and where it was going ? Is this BLACK MONEY ? And why can't the traders do with cheque or demand draft payment ? more
Sep 10

SUDHAKAR MANDREKAR (NO)
Internal promotions :
1.If a week time is given to the interview committee, entire result changes under pressure.

2. Very often a leader among interview committee, is politically influenced, Has support of particular community and for this reason other interview committee members has no value for their comments or reaction, because they worry about their job.
( Such people should not forget that candidates can be influenced with to politicians or strong groups. If this clashes it creates hell of a problems in an organisation)

3. Interview committee writes remarks with pencil while interview. Later on candidate come to the reality on pencil written paper.

Solution :
1. Stop writing remarks and marks by using Pencils. Use ball point pen. Take signature of candidate on the same mark sheets.
2. The result should be immediate within 1 or 2 days. ( If the interview committee themselves are efficient, knowledgeable, this is possible)
3. Maintain total transparency in total excise. more
Sep 07

Nakkeeran Singaravelu (Freelance consultant, President - Social organisation)
Many companies have performance assessment system.
A. Private companies
1. Most private companies have systems with clear deliverable for measurements. Based on which people are recognised. It may be promotion or financial grand.
2. Employees knows their position, based on the appraisal and feed back from the management.
3. Of course they know the limitation and only owners can take up the top position
B. PSU / Government
1. PSU also introduced appraisal system. The concept is good, but implementation is, even it cannot be called as bad, but beyond the worst.
2. All from lowest executives to CEO writes same thing in different words. They call it as KRS's.
3. No real measurable KRA's and applicable only for production targets. The setting of targets is on adhoc basis, and not on any basis.
4. Favorite people were given some useless KRA's which cannot be measured and the boss always rate it excellent during final assessment. Based on which one gets all benefits, without doing anything. One solace is that as the individual is not doing anything, and hence organisation gains from negative contribution from that individuals.
5. Again the quota system. Some gets all benefits. The community also plays major role in promotion and benefits. So, people who suffers are in between who really contributes.

This cannot go on for long. People who contribute without benefit except for the annual increment will lead to slow down in the contribution. In the long run, the PSU will become sick.

In Government, quota system, Bureaucrats and politician play major roles in all these. No senior position is occupied by the performing people. But all by influence people.
It is a fact, pl don't delete this post. more
Sep 07

Arun Patro
Due to reservation, talent people not get opportunity to join. So performance based promotion and audit of their work is the only criteria need to be defined for promotion. more
Sep 07

PADAMCHAND JAIN
The word given by P.M. Sh Narendra Modi should be honoured throughout the country and implemented at all levels.
P.C.JAIN more
Sep 06
View 25 more comment(s)
Post a Comment