SUBRATA GUHA
Press Release - 8 AUG 2015
It is worrying to know that Delhi Police has developed a special interest in harassing the elected representatives and members of the ruling Aam Aadmi Party. Acting on the directions of the central government and partly because of the over enthusiasm of some high level officers in Delhi Police to win brownie points in front of their masters, it has now become a routine for the members of the Aam Aadmi Party to be harassed.

“We have been updated that our MLA Commando Surender has been served with a fresh charge with a threat to further prosecute him. Aam Aadmi Party stands by its supporters and members and is confident that our workers and leaders will come out of all fabricated charges clean and clear. At the same time, the party leadership and the people of Delhi are enraged with the treatment meted by the Delhi Police to the elected leaders of Delhi,” party convener of the state of Delhi, Dilip Pandey said in a press conference here.

This comes at a time when Delhi Police is shadowed with allegations of its own men and personal facing serious charges of crime against women and other sever crimes. The Police force have been under clouds and it has virtually ceased to serve and protect the interests of the common man on the street, he added.

“There have been several cases in which there are direct evidences to suggest Delhi Police personal associated with crime against people of Delhi. Prosecution and punishing of the culprits in these crimes have been of least interest to the Delhi Police. In these times, we have a situation where AAP MLA have been prosecuted as part of vendetta politics,” AAP Delhi incharge and MLA Saurabh Bharadwaj said.

Aam Aadmi Party has resolved to take the fight against injustice to its logical conclusion. Any effort to subjugate the people will and their representatives will be defeated with all the might. Delhi Police is expected to protect the interests of the people of Delhi and ensure their safety rather than acting at the directions of their political masters. more
Helpful Lets discuss Elections Aug 08
Viewed by 822
View all 24 comments Below 24 comments

Bhagat Singh
It is very dangerous for our democracy. It is openly misuse of power and status. LG is overall incharge of the Govt, but he/she acts on the advice of elected representative and not above these elected representative. Similarly Delhi Police is to serve/defend the citizens and not to harass them. It seems to be dancing on the signals of ruling party (BJP) which is not good for our freedom/democracy. It will start towards a wrong tradition like blockage of work at parliament that did BJP while in opposition and now facing. Ruling Party/Govt is to beheld responsible for such irring situations and not opposition which has a fundamental right to oppose the wrong done. more
Aug 11

Sunil Vadehra (Secretary, Nizamuddin East New Delhi RWA)
The bitter fight between AAP & BJP for control of police is bound to have effect on the working of police force. They too, like all others, want to ensure their individual growth and naturally would want to keep their 'controllers' happy. This also seems to be resulting in higher level of arrogance amongst senior officers.
It is high time that this issue is settled finally failing which there can be disastrous consequences. more
Aug 10

Sanjeev Bhatnagar (Adviser - land and traffic related issue.)
Some how, I do not agree with Mr. Devendra Narain. I thing LG missed the bus. He should have acted before poor people voted to APP. Had he told the people of Delhi, APP is no good and taken all the actions which he is taking now. Our money would have saved - we unnecessary went for Delhi election. OR RULERS HAD NO IDEA THAT PEOPLE WANTS BUSINESS - NOT CONGRESS TURN OVER NOW IT IS BJP? more
Aug 10

Devendra Narain (Writer)
What about the track record of AAP MLAs? 3 have been booked. One more has pretended to be seriously injured. more
Aug 10 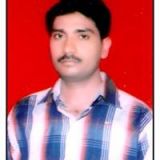 Ashok Dubey
All of you requested please do not trust any political party either AAP BJP congress or any other, all the party are ek hi thali ke chate patte hai" and we knew that every action have the reaction. if you try to irritate to extremely kind person again and again after some time they must respond to you. so, do not waste your time for this but waste your time for recognizing what they are doing for benefit of us. more
Aug 10
View 24 more comment(s)
Post a Comment