Surender Aggarwal
It is very unfortunate that the entire focus of leaders and workers of aap has shifted on winning the elections. I do not think this was the real reason for which Aap was created. We had seen many leaders in our country not only in the past like mahatma gandhi but in the present times also like Anna hazare who have never got into these petty issues. The welfare of people was always uppermost in their mind, but it is no longer the case with Aap now. What we are doing is critising others but doing the similar things ourselves. My dear sir, we are not here to win the elections and indulging into vote politics but doing something concrete for the welfare of the downtrodden and deprived sections of our society. more
Helpful Lets discuss Elections Aug 11
Viewed by 782
View all 18 comments Below 18 comments

Sanjay Gupta
Dear Mr. Surender Aggarwal
Let me start with the life and freedom movement of Mahatma Gandhi. Mahatma started his career in 1891 but was disturbed by the insult he was subjected to in South Africa. He then looked beyond and found that non whites were being discriminated against.
The freedom movement started in 1906 in South Africa and culminated with his death in 1948. It took him 41 long years to achieve Independence. But the system or the lack of it left behind by the Britishers, colonial mentality, selfishness, nepotism, starvation, deprivation stayed.
Mahatma started many movements and had a lots of flip flops (AK is accused of U-turns), and withdrew the agitations.
You cannot change the system if you are not a part of it. Administration, bureaucracy, police, investigating agencies etc. function as per the policies of the ruling dispensation.
AAP has just 40% seats in the current Delhi Assembly and is not in a position to run a stable Government. The shortfall in votes and consequently seats was a direct result of media reports that AAP is not going to win more than 5-6 seats and so the voters preferred not to waste their votes.
It is important now to devise a strategy to get enough representation to be able to run a stable dispensation aimed at welfare of all sections of society.
It is important to leave behind all doubts and strengthen our own party.
By the way, this talk of 'wasting the vote' on a losing candidate is something beyond my comprehension. Our vote is for a candidate we find most preferred to represent us. Why we should vote for some one who is a preferred choice of not us but of some one else.

Mohandas Karamchand Gandhi was born on October 2, 1869, at Porbandar, in the present-day Indian state of Gujarat. His father was the dewan (chief minister) of Porbandar; his deeply religious mother was a devoted practitioner of Vaishnavism (worship of the Hindu god Vishnu), influenced by Jainism, an ascetic religion governed by tenets of self-discipline and nonviolence. At the age of 19, Mohandas left home to study law in London at the Inner Temple, one of the city’s four law colleges. Upon returning to India in mid-1891, he set up a law practice in Bombay, but met with little success. He soon accepted a position with an Indian firm that sent him to its office in South Africa. Along with his wife, Kasturbai, and their children, Gandhi remained in South Africa for nearly 20 years.
Did You Know?

In the famous Salt March of April-May 1930, thousands of Indians followed Gandhi from Ahmadabad to the Arabian Sea. The march resulted in the arrest of nearly 60,000 people, including Gandhi himself.

Gandhi was appalled by the discrimination he experienced as an Indian immigrant in South Africa. When a European magistrate in Durban asked him to take off his turban, he refused and left the courtroom. On a train voyage to Pretoria, he was thrown out of a first-class railway compartment and beaten up by a white stagecoach driver after refusing to give up his seat for a European passenger. That train journey served as a turning point for Gandhi, and he soon began developing and teaching the concept of satyagraha (“truth and firmness”), or passive resistance, as a way of non-cooperation with authorities.
The Birth of Passive Resistance

In 1906, after the Transvaal government passed an ordinance regarding the registration of its Indian population, Gandhi led a campaign of civil disobedience that would last for the next eight years. During its final phase in 1913, hundreds of Indians living in South Africa, including women, went to jail, and thousands of striking Indian miners were imprisoned, flogged and even shot. Finally, under pressure from the British and Indian governments, the government of South Africa accepted a compromise negotiated by Gandhi and General Jan Christian Smuts, which included important concessions such as the recognition of Indian marriages and the abolition of the existing poll tax for Indians.

In July 1914, Gandhi left South Africa to return to India. He supported the British war effort in World War I but remained critical of colonial authorities for measures he felt were unjust. In 1919, Gandhi launched an organized campaign of passive resistance in response to Parliament’s passage of the Rowlatt Acts, which gave colonial authorities emergency powers to suppress subversive activities. He backed off after violence broke out–including the massacre by British-led soldiers of some 400 Indians attending a meeting at Amritsar–but only temporarily, and by 1920 he was the most visible figure in the movement for Indian independence.
Leader of a Movement

As part of his nonviolent non-cooperation campaign for home rule, Gandhi stressed the importance of economic independence for India. He particularly advocated the manufacture of khaddar, or homespun cloth, in order to replace imported textiles from Britain. Gandhi’s eloquence and embrace of an ascetic lifestyle based on prayer, fasting and meditation earned him the reverence of his followers, who called him Mahatma (Sanskrit for “the great-souled one”). Invested with all the authority of the Indian National Congress (INC or Congress Party), Gandhi turned the independence movement into a massive organization, leading boycotts of British manufacturers and institutions representing British influence in India, including legislatures and schools.

After sporadic violence broke out, Gandhi announced the end of the resistance movement, to the dismay of his followers. British authorities arrested Gandhi in March 1922 and tried him for sedition; he was sentenced to six years in prison but was released in 1924 after undergoing an operation for appendicitis. He refrained from active participation in politics for the next several years, but in 1930 launched a new civil disobedience campaign against the colonial government’s tax on salt, which greatly affected Indian’s poorest citizens.
A Divided Movement

In 1931, after British authorities made some concessions, Gandhi again called off the resistance movement and agreed to represent the Congress Party at the Round Table Conference in London. Meanwhile, some of his party colleagues–particularly Mohammed Ali Jinnah, a leading voice for India’s Muslim minority–grew frustrated with Gandhi’s methods, and what they saw as a lack of concrete gains. Arrested upon his return by a newly aggressive colonial government, Gandhi began a series of hunger strikes in protest of the treatment of India’s so-called “untouchables” (the poorer classes), whom he renamed Harijans, or “children of God.” The fasting caused an uproar among his followers and resulted in swift reforms by the Hindu community and the government.

In 1934, Gandhi announced his retirement from politics in, as well as his resignation from the Congress Party, in order to concentrate his efforts on working within rural communities. Drawn back into the political fray by the outbreak of World War II, Gandhi again took control of the INC, demanding a British withdrawal from India in return for Indian cooperation with the war effort. Instead, British forces imprisoned the entire Congress leadership, bringing Anglo-Indian relations to a new low point.
Partition and Death of Gandhi

After the Labor Party took power in Britain in 1947, negotiations over Indian home rule began between the British, the Congress Party and the Muslim League (now led by Jinnah). Later that year, Britain granted India its independence but split the country into two dominions: India and Pakistan. Gandhi strongly opposed Partition, but he agreed to it in hopes that after independence Hindus and Muslims could achieve peace internally. Amid the massive riots that followed Partition, Gandhi urged Hindus and Muslims to live peacefully together, and undertook a hunger strike until riots in Calcutta ceased.

In January 1948, Gandhi carried out yet another fast, this time to bring about peace in the city of Delhi. On January 30, 12 days after that fast ended, Gandhi was on his way to an evening prayer meeting in Delhi when he was shot to death by Nathuram Godse, a Hindu fanatic enraged by Mahatma’s efforts to negotiate with Jinnah and other Muslims. The next day, roughly 1 million people followed the procession as Gandhi’s body was carried in state through the streets of the city and cremated on the banks of the holy Jumna River. more
Aug 13

Mohan Jit Singh Puri
I fully endorse the views expressed by Surender Agarwal. The earlier AAP leadership acts in this direction the better it is for the survival of the AAP. They must do retrospection related to its basic Objective i/o focusing on fighting Election.

Sunil Vadehra (Secretary, Nizamuddin East New Delhi RWA)
I can see you are disappointed. However, what is it that bothers you does not come out clearly. Would appreciate if you could be a little more specific. more
Aug 12

Mohinder Parkash
I fully agree with you. What is the course of action to do something for
the down trodden in society? 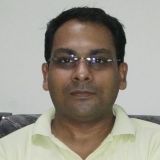 Vibhu G
1. Even if AAP turned your hopes down, it is because you HAD some HOPE from them.
2. Do you have any better HOPE from other parties now? more
Aug 12
View 18 more comment(s)
Post a Comment