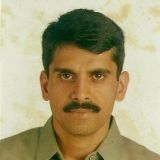 Raajesh Senha
Please sign the petition on change.org. If you can send it to your friends, please do.

The soldier who defends the Indian nation, and by extension, our democracy, by putting his life on the line, deserves the right to vote. However nearly 14 lakh Armed Forces personnel, 9 lakh Paramilitary forces personnel and a large number of their families being excluded from India’s most significant democratic process – a right that each one of them enjoys under the Constitution.

Posted far away from home in inhospitable and difficult terrain, these brave men and women get to vote only after retirement.

In fact, large number of retired Officers and other ranks, including some who were Mahavir Chakra (MVC) awardees – India’s second highest military decoration awarded for valour, self sacrifice in face of enemy – had not voted in some cases for 30 years during their serving life.

Though the EC provides soldiers with the options of postal ballot system and proxy voting method, these have not been able to yield results due to certain deficiencies.

As the world’s largest and vibrant democracy, we should not tolerate this situation for a day more. Lastly, this is one of the easiest problems to fix by simply putting in place a process and seeking assistance of the Armed Forces infrastructure which will ensure an orderly and timely voting by vast majority, if not all, of its personnel during the 2014 general elections.

The Election Commission must take necessary steps to ensure that armed forces personnel are accorded their right to vote in 2014 Lok Sabha elections. more
Helpful Together Against Corruption Mar 21
Viewed by 165 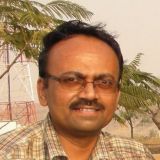 Venkat Lakshman Rao
Dear Mr.Raajesh:
This mail I have already received through change .org and I too signed the petition to give my fair opinion . As a true AAP member I always invite such good things which are so badly needed at this juncture . I invite your good suggestion and our Govt.should come forward to do the rest. I wish you all the very best.
Regards.
V.L.Rao more
Mar 21

K V R K VISWESWARA RAO
I already signed and forwarded to all my friend s thru change.org . more
Mar 21
Post a Comment