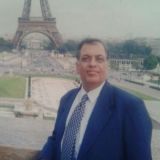 Poppinder Kumar
I wonder what does Modi wants to say when he raises his hand in a public meeting and says :"EK baar paanch saal ki sewa ko moka dijiye"It sound more like intimidation then a request or a submission.
Why is he spending so much money to become a PM ................I can may be judge from his tactic that he flies back to Ahmadabad his home every night from wherever he is to rest in a private plane ...........Aise sewak ko India afford kar payegee. more
Helpful Lets discuss Elections Apr 28
Viewed by 740
View all 39 comments Below 39 comments

Mohammad Ishteyaque
I know even in Muslim countries such laws as are not applicable except for
the rapists in some Muslim countries there is capital punishment. In United
Arab Emirates for consensual sex on public places, the couple have to marry
or face imprisonment. Consensual sex in hotels and houses are not taboo. In
Saudi Arab law is very strict for all crimes or social vices too but
frequency is very rare as for a capital punishment except death punishments
commonly heard for drug traffickers who are mostly Pakistanis.
No one is thinking of such laws in our country or any other in this modern
age. After gang rape in Delhi and Mumbai we think,a rapist doubling as
murderer must be put to capital punishment for this crime getting very
rampant as way of deterrence. more
May 04

S.k. Sharma (Advocate of cooperative societies)
Dear Mohammad are you preferring the law as in Muslim countries like death by stoning, cutting off the hands of a thief etc. etc. more
May 04

S.k. Sharma (Advocate of cooperative societies)
Dear Mohammad Ishteyaque ji,very well said. I congratulate you on the clarity of your thought. I agree with what you have said. more
May 03

Mohammad Ishteyaque
Dear Mr.Sharma
As all remember, it was Anna Hazare's Movement against anti corruption and
political evils which caused the emergence of Kejriwal and his colleagues.
Anna raised voice in Delhi being capital of the country but it was a
clarion call to alert and invite one and all across the country. Anna must
be eulogised for evolution of a revolution in form of AAP though not
directly innovated by him but his core movement provoking a many political
lords across the country entailed its formation to invoke reformation to be
sanctioned all over the country with a strong anti corruption weapon in
form of Jan Lok Pal bill. Against that back ground, with a minority
government in Delhi supported by a dubious and history proved opportunist
political outfit like Congress it was absolutely not desirable for AAP to
continue and cling to power. AAP striving hard to spread over the country
ought to be commended and supported. Being complacent in Delhi can not be
justified as Mahatma Gandhi though from Gujrat, Jai Prakash Narayan though
from Bihar, Anna though from Maharashtra did not confine in sectarian
perspective rather voiced a call pan India rightly accepted by all the
country men. Gandhi supported formation of political parties, J.P himself
induced one, it was Anna though initially inclined for formation of a new
entity, was misguided by some BJP sumpathisers to detract, following a
strong anti-incumbency fervor so as to be availed by BJP. This election
may not yield a fortune as some supporters may envision but the incumbents'
ill deeds based on traditional politics of exploitation and corruption must
bring in a panacea in form of Arvind Kejriwal and his colleagues for a
turnaround in near future.We have however to expect Kejriwal and colleagues
not to betray the aspirations of AAM AADMI (COMMON persons) of the country. more
May 03

S.k. Sharma (Advocate of cooperative societies)
Dear Ashish ji, AK became a politician the day he broke away from Anna ji and formed AAP. So whats wrong with it? He could have been a very good and honest politician - which is very rare in India - but in my opinion he was misguided by his 'well-wishers' and told to resign. The idea apparently was that they could copy the 'tyagg' of Sonia in not becoming the PM and get good results in the general elections, which unfortunately does not seem to be happening. more
May 03
View 39 more comment(s)
Post a Comment