Rohit Chand
AAP has been a big disappointment. Kejriwal had set the stage for a paradigm shift in our political discourse but lost focus and became self destructive. more
Helpful Lets discuss Elections Apr 23
Viewed by 500
View all 8 comments Below 8 comments

RAJESH DAS
Firstly why the hell is he contesting from varanasi when the Delhi assembly elections are due in July and in case AAP gets a majority in delhi who will be the Chief minister?? friends, pls think on this and what's the logic of contesting in varanasi???? more
Apr 24

Rohan Kumar
Only the fools had hopes from AK-49 , many of us ( with little bit of IQ) knew from day one that his guy is a fraud I in fact had stated in early 2012 that is guy is an agent of Cong-CIA-ISI-Islamist -Marxist nexus & is part of breaking India movement . My stand has been vindicated now as every day AK-49 is getting exposed as masks from his followers & supporters are pulled off .. more
Apr 24 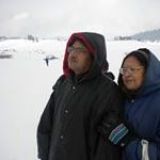 Prakash Gupta
i think, we should not discuss kejrival anymore. moreover kejrival does not deserve to find his name alongwith mr. modi. more
Apr 24

Media is deliberately twisting facts to help their old friends "THE CONGRESS ". Media very well knows that SHAHI IMAM or any others Muslim cleric for that matter has never supported and will ever support BJP come what may . But media is not tired of balancing debates of Muslim tactical voteing calls by contriving wrong theories and notions . It is only in India and no where else in the world that Media spreads falsehood for the viewers. Point in question is as under .

Again and again , the question is raised by Media Anchors that in 2004 SHAHI IMAM supported BJP . The factual position is that SHAHI IMAM never supported BJP . HIS WORDS WERE " BJP IS NOT UNTOUCHABLE". Can any right thinking person term it as support . NOT AT ALL . At the most it can mean vote for any body .

The only reason behind is timid media anchor's Hindu psyche who is afraid of being seen standing against Muslim schools of thought and perceived to be communal . MAY GOD bless these pseudo secular anchors . more
Apr 24

So long as the graph of BJP was down and SONIA's Congress was in ascendance , the Christian community of the country maintained a secular image . As soon as the position reversed , these Christians came into their true colours . Two examples are being quoted here to prove the point .

1. Till a year ago Mr N. RAM of The Hindu group was strong critic of UPA Govt for its various scams , corruption , price rise and black money . I heard him articulating very strong anti UPA views on TV debates . Now , seeing the possibility of NDA forming Govt , N. Ram has reversed its stated position and has become strong critic of Narendra Modi's development plank . It is difficult for him to see a Christian family losing power .

2. The same is the case with Father FRAZER , the Principal of St Xavier's college Mumbai who has suddenly woken up a day before elections to go viral with email criticising NaMo to prevent formation of NDA Govt.

3. Hindu in its own land is not at all communal , it is the minorities of this country who are communanal . They remain secular only when they are benefited through an communal outfit of their liking at the center like UPA in power .No sooner , they perceive a majority community Govt coming to power , they reveal their true colours . Minority's goal in INDIA is a destabilized shaky INDIA. It serves their purpose if poor of this country remain poor , illiterate , hungry, begging , fighting amongst themselves . They do not wish to see a progressive ,surging , strong INDIA in worlds centre stage . This dents their conversions plank in poor INDIA .

4. Since independence , minorities have been anti Hindu . But after 2002 , they got an anti Hindu platform funded by foreign inimical powers , foreign funded NGOs , Christian missions abroad , left leaning historians and parties , minority religious institutions within the country. All of them started an ANTI MODI industry in the country to brow beat BJP . Post independence , a thousand riots may have taken place .

Does anyone remember
who the chief minister of Maharashtra was during the Mumbai riots
which were no less deadly than the Gujarat riots of 2002?

Does anyone recall the name of the chief minister of UP during
Malliana and Meerut riots or that of the Bihar CM when the Bhagalpur
or Jamshedpur riots under Congress regimes took place?

Do we hear names of earlier chief ministers of Gujarat under whose
charge, hundreds of riots took place in post-Independence India?

Does anyone remember who was in-charge of Delhi's security when
the 1984 massacre of Sikhs took place in the capital of India?

How come Narendra Modi has been singled out as the Devil Incarnate as
if he personally carried out all the killings during the
riots of 2002?"

It therefore proves that it is anti modi industry'S virtual platform which they have created and are continuing to foster to achieve ANTI BJP anti india anti hindu AGENDA . more
Apr 24
View 8 more comment(s)
Post a Comment