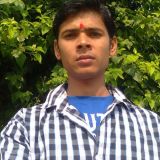 Shashi Shekhar
The challenge will be for implementation- can the party and government deliver, especially if they have to depend on allies for survival. That is why there is a need for a +250 seats for the BJP alone in the NDA alliance more
Helpful Lets discuss Elections Apr 09
Viewed by 620
View all 10 comments Below 10 comments

Deepak Whorra (Thinker)
I agree that BJP needs more than 250 plus seats on its own if they have to deliver. But if wishes were horse.......
We all have to learn to live with coalition politics and manage coalitions like Mr.Atal Bihari Vajpayee did ! No option more
Apr 10

Prajapati Prakash
Narendra Modi's challenge: Assess
the damage BJP's grandees like
MM Joshi can inflict
SAUBHIK CHAKRABARTI, ET Bureau Mar 13, 2014,
10.58AM IST
Here's the strangest thing about these elections:
Rahul Gandhi and Arvind Kejriwal should be
catching a lot more flak from, respectively, a
remarkably listless Congress and an occasionally
comically chaotic AAP than Narendra Modi is
catching from lookslike-a-winner BJP.
There's one broad explanation. Gandhi and
Kejriwal are leaders in the sense promoters are
leaders in promoter-controlled companies. Modi is
more like a CEO of a widely held company who
was chosen after a tension-filled search process.
That RSS functions as a large activist shareholder
makes matters more complicated.
But explanations are not justifications. And there's
a breathtaking lack of justification in many BJP
leaders' sniping about Modi. Recognizing that has
nothing to do with where you stand on Modi. Even
if Modi's not your man, you can't escape BJP
grandees' incredible illogic - unless you are in
RSS.
RSS loves to speak in riddles, quite like Nehru-
Gandhis it so dislikes, and has therefore issued
elliptical statements on intra-BJP quarrels and
Modi's leadership. A media that frequently ascribes
mysterious powers of high thinking to the sangh
has been duly impressed. But we should have
asked: Dear pracharaks, can you come clean?
Coming clean means this: BJP, 10 years out of
power and in those same 10 years subjected to LK
Advani's experiments with leadership, wouldn't
have been where it's in this race without Modi at
the helm. So why would BJP grandees not fall
behind a man who can possibly take them to
power, and therefore to high offices?
Murli Manohar Joshi has told the media he's a
'loyal solider' willing to stand aside. But the
question remains: Does he value MP-ship from
Varanasi more than, say, a nice grand job in the
ruling dispensation? If he does, he must question
his grip on basics of power politics. So should
tweet-happy Sushma Swaraj. A 140-character
public expression of dissent on alliance building
just weeks before voting starts is strange from a
leader expected to secure a big cabinet job in a
Modi government.
Let's note here that our argument is not based on
critiquing BJP leaders for failing to recognize
principles of team work. In politics, as in
companies, people sometimes ignore first
principles of professional conduct. So, let's not be
hard on Joshi and co. on that count - let's be
hard on them because they seem to be acting
against their self-interest.
But are all of this and more evidence of anti-Modi
manoeuvres in Modi-led BJP, explained by Modi's
personal-political style? Again, an explanation is
not a justification. But let's consider this
explanation.
Assume BJP grandees are afraid that under Modi
they will be like BJP ministers and leaders in
Gujarat - people with high offices but low
influence. Modi will be 'saheb' to all grandees, not
just Amit Shah.
Even that doesn't address the illogic of taking
shots at your vote-getter.
First, would these BJP grandees rather be out of
political power if the price of power, as they fear, is
a relative loss of personal power? That's strange
politics. Second, how can these grandees assume
that the Gujarat power-political model can be
replicated in New Delhi? Modi just won't have that
luxury in what would be an intensely scrutinized
first term as PM.
However, this explanation gets sharper if we
consider the possibility that Joshi, Advani and
some others really fear irrelevance, which is a
whole lot worse than relative loss of personal
power. A Modi-led BJP in power will, over time,
see a new-ish BJP leadership. Some of today's
grandees won't find any meaningful place in it.
But they shouldn't. The Vajpayee-Advani-Joshi
BJP was long past its sale-by date. A future for
BJP that's brighter than its recent past necessarily
means at least de facto retirement of some
leaders.
So, it perhaps comes down to that great fear in
Indian public life - grandees who have once tested
power, in politics, cricket, cinema, want to cling
on, no matter potential costs for teams they are
supposedly part of.
In the extreme version of such cases, your self-
interest gets completely misaligned with your
team's interest. It's rational for such a grandee to
work against his team. Therefore, it comes down
to this - are Joshi & co. being irrational or
dangerously, for BJP, rational?
For Modi, as the party's chosen leader, the
challenge is to assess how much damage
grandees can inflict and whether their disaffection
is of the irrational or dangerously rational variety.
If the damage potential is nontrivial and the
disaffection is of the dangerously rational variety,
BJP PM candidate's first serious national
leadership test has already begun - weeks before
voters tell him whether or not they want him as
PM.
On Apr 9, 2014 4:21 PM, "Shashi Shekhar" <support@localcirclesmail.com>
wrote:

Inspite of difficult post election scenario , Modi can come out with flying colours if he would be determined to stay in the course without compromising principles and without submitting himself to the force of corruption and nepotism that would confront him. He has to further build and strengthen the bridge of communication with the common man of the country and constantly reflect their aspirations in his deeds and actions. A leader with mass base and good will enjoyed from the common man belonging mostly to the middle and lower income group would be in the best conditions to stand against the demands of the political parties and self centred politicians in a coalition era.

Modi should realise that the only strength he can have is the support that he could get from the people of India which would be possible only by adhering to the cause of truth and probity in all his deeds and actions.

Gurkirpal Virk
I am sure Indians will rise and Vote for BJP. we must have a change from 10 years of Congress Goof up. This Election will be a rebirth for indian democracy, either they make or they continue to suffer at the hands of local players. we should forget about our old political loyalties and VOTE for a Stable GoVt and a GREAT GROUND LEVEL LEADER, who speaks of INDIA FIRST; This nation from ages had No unity and all ruled over us; Hope MODI ji can instill confidence and spirit in subservient Indians who are still basking under the glory of Different type of Gandhis . High time we forget glorifying our PAST, Let us live in present and see who can deliver ?? and undoubtedly, It is MODI JI and BJP. Must CHANGE to do better. We should feel ashmed congress has looted nation for 50 yrs in the name of secularism; kept muslims poor and illiterate and looked after elite muslims only. INDIA FIRST, All INDIANS must wake up for the sake of our INDIANNESS and VOTE for BJP / MODI Ji - GOD SPEED to MODI JI more
Apr 09
View 10 more comment(s)
Post a Comment