Deepak Whorra
With elections into their third stage, the important thing is to think of what after May 16 when Mr.Modi achieves 272.
Everyone is talking about how to remove corruption .
When something is so widespread , even to the core of our day to day existance, the question is how to remove this disease. Who can do it ?

I would invite thoughts and ideas on how could Mr. Modi go about this gigantic task. more
Helpful Lets discuss Elections Apr 16
Viewed by 313
View all 9 comments Below 9 comments

" Country does not know RAHUL's administrative capabilities . Why has he not taken a ministerial responsibility in 10yrs of UPA Govt when PM was willing to give him anything he wished ? By opting to head a ministry , RAHUL could have shown his mantle , his work , his capability & what he stands far . In its absence countrymen are unaware of his capabilities . What right right has he after 10yrs of shirking responsibility to lecture on performance of GUJRAT . "

Point is very simple . Why other political parties are not questioning his credentials on governance ? He has wasted 10 yrs on picnicking under the shadow of his mother . He did not even performed his constitutional responsibility of attending the Parliament or attending to developement work of AMETHI (His constituency) .By taking an important ministerial berth which was very well offered to him on platter by Manmohan , he could have gained useful experience or at least he could have boasted of it at the end of term .

Now his mother tells the citizens , we have given to you RTI , RTE ,FS ,MNREGA . She further says , she will give all citizens Right to Health , Right to Home and in exchange she demands for her & her son your vote to rule till eternity . She guarantees that people will not have to work any more and money required to run the country will come from ITALY ( Mama Ke Ghar Se). The whole family is so much desperate to win elections 2014 that they can give you anything in exchange for VOTES AND RETURN TO POWER . For achieving their goal , Sonia , Daughter & Son are indulging in all sorts of lies , inaccuracies and filthy language. more
Apr 20

So they will flush out a few wrong doers . But the malaise is so so deep and evrytime one corrupt person is flushed out, twenty more will come up.

No, the solution is not control but a complete reveiew, change or re-drafting of our laws so that the Incentive or even the need to be corrupt is just not there more
Apr 19 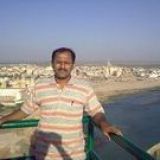 Srinath Srinivasaiah
Please watch the latest interview to ANI. Allow the law to take its own course, not to interfere. Fast track courts against whom cases are pending. If they come clean - fine, else the system will flush them out automatically. more
Apr 17