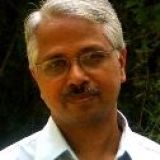 Sasidharan PK
If you go deep into the issue it will become clear that lack of social security and lack of human development are the root causes, all in the background of a society which is rapidly losing humane values- our education is now failing to instil humane values- Corruption and black money are the driving forces for all the ills in the country- let us start with eradicating corruption and black money before we talk about all the other issues- all are interlinked anyway but the foremost attention should be on these two- let our corrupt people realise that money will not last for more than two generations- there is no point accumulating money let us focus only on humane development and social security all these "isms" will disappear and true unity will emerge- The diversities in India are due to the dangerous inequalities in sharing of wealth and resources- 2% are holding 80% of all our wealth- they rule over everywhere- these people have no insight into the social issues plaguing the country- I we love India we need to root out corruption and black money first
STOP CORRUPTION & BLACK MONEY TO SAVE INDIA
The root cause of all the problems in India is Black money and corruption. Both are intimately related issues, We need to get out of both to save INDIA and our next generation. We have the resources and we have the potential to take India forward. Human resources are the best in the world, weather is optimal, rich in natural resources, naturally beautiful- truly GOD’S OWN COUNTRY- All our wealth is now dumped as dead investments in GOLD, REAL ESTATE, HUGE HOUSES and in foreign banks. The total worth of gold in India is estimated at 75 lakh crores of Indian Rupees (1250000 million dollars). In spite of not being a gold producing country, one fifth of the world’s total gold possession is in India. Mostly it is the black money that goes into investments in gold, land and huge houses. India is rich but Indians are not rich is the situation that we face. 2% is holding 80% of our wealth, all because of corruption; corruption stems from money- mindedness instilled into our psyche by the lack of social security. We forget the fact that wealth accumulated by any individual will not last for more than two generations. The huge wealth in India is unavailable for providing social security and human development. Apparent lack of resources is the result of all these and lack of resources is the reason for ignoring social security, human development and social health for all. Healthy individuals in a society anywhere is a manifestation of social security and human development. We ignore social health- ( we do not provide balanced diet for all, there is no proper waste management , no safe drinking water for all, We do not promote good lifestyle habits, but we promote consumerism with the help of film stars and cricket stars or other celebrities; We do not provide play grounds, parks,foot paths and cycle paths and other facilities for doing exercise)-Because of the absence of these basic facilities only diseases are multiplying disproportionate to population growth. We are at least 50 years behind the developed countries in providing basic amenities to our citizens or in terms of providing social security and human development, but we boast of our hospital facilities which are largely inaccessible to the majority here.To tackle the increasing patient load we concentrate on building hospitals and increasing the number of medical colleges but the students who come out are not trained for our country. We copy the USA model of disease care which is hugely expensive and patient unfriendly.
Counterfeit notes printed in other countries circulate freely only because we allow cash transaction more often rather than insisting on the use of transparent methods like debit cards, cheque, drafts or online transactions. Counterfeit notes cannot be circulated if we stop liquid currency transactions. Similarly if large transactions in liquid currency are banned, all corruption within the country will stop at once. This is because no one will accept bribe as cheque or draft or through bank- With ban on cash transactions counterfeit notes and Hawala dealers will disappear, Black money will disappear, people will stop making huge houses using black money, they will stop investing in gold and real estate. Naturally we will get enough resources for providing basic amenities like safe drinking water& balanced diet for all and for proper waste management which will reduce the disease burden; then we can focus on human development and to provide social security. With cashless society no one will dare to be corrupt and no one would accumulate black money in any form. The most important practical solution to stop corruption in India now lies in making our country a cashless society at the earliest with determination - as had already happened in developed countries.We need to set ceiling on gold possession, ceiling on possession of unused land, size of house etc and ceiling on cash possession with individuals and large cash transactions more than a certain amount by individuals should be punishable. Institutions and business houses should be insisted on to accept debit cards and those not accepting debit card and accepting cash only should be punished. Whatever they collect in cash should be deposited only in banks the very next day at least. Those who love India should join to save our nation from corruption and black money. Once these two are tackled all the other developments needed will follow automatically.
Dr.P.K.Sasidharan
INDIA

Please use the link below to vote for this campaign
http://www.avaaz.org/en/petition/Planning_commission_Next_PM_Finance_Minister_IncomTax_Dept_Reserve_Bank_No_cash_payment_above_1000_Rs_Only_Card_Cheque_d/?dvtybcb more
Helpful Transforming India Apr 17
Viewed by 15
View all 6 comments Below 6 comments

Jayakrishnan Alambath
If you wait for people and government departments to change their attitude, another 67 years would just be not enough. more
Apr 19

Jayakrishnan Alambath
Why go into all these details? They are not going to solve the problem of black money generation. Only stern Government action by withdrawing big denomination notes and creation of cashless transactions is going to solve this problem. Although this is suggested by Honorable Prime Minister Modiji and also by Honorable Finance Minister in his Budget speech, wonder why it is not implemented till date. more
Apr 19

Csn Sarma (socialworker)
SRI JAYAKRISHNAN , ATTITUDE CHANGE IN THE SOCIETY AND GOVERNMENT BODIES IS ABSOLUTELY NECESSARY TO REFORE EVEN YOUR VALUED AND UNIQUE ISSUE WHICH IS OBVIOUSLY , INDEED, CONNECTED WITH CITIZEN LIVELYHOOD AND THE NATIONAL INTEREST THAT ARE THE BASICS OF A CONSTITUTION . SIR, IN MY OPINION , The Citizen Safety life-lead under Article 19 has been carried resulting the following .
1. Speech and Expression Rights considered but the application of restrictive Safety clauses left out in many issues & many occasions.
2. Association of persons & gathering Rights awarded but the interest of precautionary Public Order ignored in many issues & many occasions.
3. Associations & Union Rights permitted but the interests of Public Order & Morality precautions to be maintained in Citizen Society neglected in many issues & many occasions.
4. Settle & Free in Indian Territory is becoming a challenge on Civic Safety and Public Order due to some ill-natured Settlers in some States / Regions.
5. Profession , Occupation and Business are becoming misrepresented, Corrupt and Black Money Oriented in many Fields.
6. Equality before Law and its applications / implementation pertaining to Criminal Laws of Various Fields and Volumes ; Welfare Benefit Laws under the Constitution ; are made applicable in-equally in many issues . And thus, Equality remained awaited.
7. ALL THESE TYPES OF INJUSTICE & IN-EQUALITIES CARRIED AND THE INDIAN NATIONALS SERIOUSLY SUFFER IN DIFFERENT AND VARIOUS LIFE NEEDS ONLY BECAUSE THE RESPONSIBILITY OF RESTRICTIVE AND SAFETY APPLICATIONS CLAUSES OF THE CONSTITUTION THOUGH LISTED, BEING LEFT TO THE AUTHORITY OF THE INDIVIDUAL STATES WHICH IS TO BE REFORMED SUITABLY TO CARRY THE CONSTITUTIONAL BENEFITS UNDER VARIOUS ARTICLES WITH THEIR REQUISITE , SAFETY AND RESTRICTIVE CLAUSES.
For Example, during the last week, there was a Gathering / Assembling purposed to take-out / give-up A Sign of Hindu Married Ladies by those dis-interested individuals whether Hindus or, those Converted-out from Hinduism which was permitted under the Constitutional Rights Article. And , there was a Case filed in a Court of law , contending that under the restrictive Clause of the same Article 19 , and other laws in force if made applicable , the Proposed Gathering / Assembling Exposure and Exhibit collectively in mass , falls under the restrictive Clause primarily .
If this issue is thought in a Society like India where the well tolerated Heritage of composite Culture is prevailed , this purposeful mass exhibit/exposure is not at all permissible and is also against Fundamental Duty besides against to the interests of a common society and particularly an anti operation against a Religious belief.
NONE QUESTIONS ANY INDIVIDUAL IF GIVE-UP OR FOLLOW . BUT SHALL NOT BE STAGED IN MASSIVE EXPOSURE SINCE SUCH WILL DEFINITELY INSTIGATE , CREATE UN-PLEASANT AND PUBLIC UNREST IN THE SOCIETY.
SUCH ISSUES ARE TO BE MADE KNOWN TO ANY PETITIONERS FOR ANY EVENT, ABOUT THE RESTRICTIVE CONSITUTIONAL CLAUSES IN FORCE. BUT, THIS BASIC ATTEMPT IS IGNORED OR NEGLECTED . more
Apr 19

Jayakrishnan Alambath
Attitude change is not going to solve black money problem. A stern action is required from the part of the Government in this matter. more
Apr 17

Csn Sarma (socialworker)
SOCIETY , SOCIAL SECURITY , HUMAN SKILL DEVELOPMENT & THE PROPER USAGE IN INDIA ALONGWITH THE NATIONAL AND CIIZEN SECURITY ALSO LEFT OUT LONG-BACK SETTING ASIDE THE ROOTS OF SOCIAL NATURE , SOCIAL ATTITUDE AND SOCIAL-BINDOVER THAT ARE NEEDED FOR A HUMAN SOCIETY IN ANY COUNTRY .

ALL OUR GOVERNING BODIES UNDER THE CONSTITUTION HAVE BEEN IN USE THEIR AUTHORITIES BUT NOT THE VESTED RESPONSIBILITY TO CARRY THE BENEFITS OF THE CONSTITUTION TO THE PEOPLE AND PLACES . EVERY AUTHORITY HAS BEEN WORKING FOR THE COVERAGE OF CERTAIN ARTICLES SETTING ASIDE THE RESTRICTIVE CLAUSES ALTOGETHER AND THIS ATTITUDE IS TO BE CHANGED AMONG ALL . more
Apr 17
View 6 more comment(s)
Post a Comment