Arvind Yadavalli
The Babudom that we face in Govt. offices is a legacy from the colonial period and the penchant to have "a piece of paper" to record every transaction. We must have an electronic record that is digitally signed by the concerned authority.

A lot of ground has been covered in this direction on several fronts. It would be great if this were done in the Electricity boards as well.

My experience with BESCOM Hosakote division for a meter transfer a year ago was terrible.

There was a problem with the NOC as the builder had wound up his company and this was a direct sale. I had proof that the company had wound up and was no longer a legal body to issue any documents.

I had all the property documents including Sale deed, Khata and latest tax paid receipt. The electricity bills had been paid, no dues involved. The other official forms (I,II, III) including the Indemnity were filled and franked with the required Rs.100 and Rs.300. The official was adamant that without NOC nothing would be done. I got on the phone with a friend and was about to leave when a guy who looked like a clerk called me aside and said the job would be done if a bribe was paid. I asked why stating that I had the required documents and a documented explanation of lack of NOC. His response was the money would do the job and not the letter. I did not submit the file and decided to approach higher authorities.

In the same office an electrical contractor who had witnessed the altercation introduced himself and offered to get the job done for a fraction of the amount demanded by the BESCOM official. It was obvious by now how things worked here, so I took his contact, returned and discussed with other owners who were having the same problem.

Several told me that they had to pay a full amount and suggested that I take the deal if I wanted to be safe. The whole apartment complex was having a major issue with BESCOM because of some issue the builder had left undone. We were in the danger of losing our connections permanently unless they were officially transferred in our names. I was forced to go to the contractor and get my work done. Ironically there was no move to approach BESCOM as a group of owners and get the work done. That reflected the degree of disunity in the complex, but it is another story altogether.

What hurt was that the official there was willing to overlook the lack of an NOC if I paid him a bribe. If the NOC is such a mandatory document how are they willing to let things go? That is probably because their files are never audited, and even if they are, they will have some explanation and if the auditor is adamant, they will pass the buck to the consumer, and the entire nightmare begins all over again for the consumer.

One understands that the NOC is to protect both BESCOM and the current subscriber from any future claims but what does one do when the builder and his company no longer exist? I had a letter on my lawyer’s letter head, regarding the court order that wound up the company. All the references were given including a copy of the order which he had obtained. All of these were duly notarized. I could afford it and so had these documents made, but what about the cases where there is no NOC? What is the alternative document?

It was a million times easier for me to get my passport through the right royal channel in Hyderabad, without having to pay a single bribe, than to get this BESCOM meter transferred. more
Helpful Together Against Corruption Apr 11
Viewed by 207 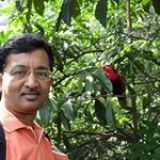 Umesh Cj
corruption has taken life of every one. a lot has to be done to remove this. how and when is the question. more
Apr 13 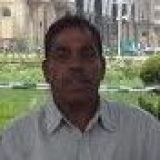 Mohan Iyer (Advisor, Green Glen Residents Association, Bellandur, Bangalore.)
by experience we have to put it that way and i have seen the attitudes. more
Apr 11

Arvind Yadavalli
Is that a sarcastic remark on BESCOM Mr.Iyer? more
Apr 11

Mohan Iyer (Advisor, Green Glen Residents Association, Bellandur, Bangalore.)
If they do it electronically, then what about the poor top to bottom electricity staff, they will starve how they maintain huge bank accounts. think their plight. Each signature or service cost thousands. Govt. is sensible you are not. more
Apr 11
Post a Comment