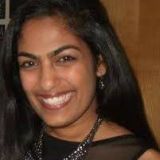 India's cities and towns are home to about 30 million stray dogs. In 2012, the WHO estimated that India accounts for 20,000 rabies cases each year, though the government and experts have disputed this figure.

The Animal Welfare Board of India (AWBI), a statutory body under the Environment and Forests Ministry, is struggling to rope in NGOs and animal welfare groups to implement the recently-approved National Rabies Control Pilot Project.

But due to dearth of funds and outdates policies the government's two-pronged programme to control their numbers through sterilisation and to prevent the spread of rabies has been hanging fire. One major handicap is the Centre's failure to revise the cost of sterilising dogs - the amount doled out to NGOs is the same as it was a decade ago and experts contend the funding is unrealistic.
Pause for thought: Some dogs take a nap on the stairs at the seat of the government

Pause for thought: Some dogs take a nap on the stairs at the seat of the government

The health ministry recently approved the implementation of the pilot project in Haryana for mass sterilisation and vaccination of street dogs.

The plan is to implement the project in other states if it proves successful in Haryana. However, so far only two NGOs have responded to government tenders.

"We have been begging the Central government to provide us with funds for carrying out a dog census and massive vaccination and sterilisation drives but all we have is a small pilot project in Haryana," said Dr R.M. Kharb, chairperson of AWBI.

"We had been seeking expressions of interest from NGOs and other animal welfare organisations (for the project in Haryana) since last year but we got only two responses after two deadlines for the open tenders passed," he said.

Animal welfare experts said the cost of sterilising dogs had increased with time but the Centre is sticking to a decade-old estimate of Rs 445 per dog.

At some places like Delhi, funding for sterilisation was hiked to Rs 770 per dog but even this is meagre, experts said.

Kharb said it was proving difficult to rope in NGOs to carry out surveys and sterilise dogs. Many NGOs working with the government withdrew because the basic cost of their work was not covered.

"We have been working for many years to curb the menace of street dogs and rabies. In a few states, animal husbandry departments cooperated with us. Sikkim will soon be the first state to become rabies-free while close control has been done in Tamil Nadu and Rajasthan," said Kharb.

According to several reliable estimates, the total number of street dogs in India is between 25 and 30 million. But the over 10-year-old scheme for dog sterilisation and vaccination has an annual budget of only Rs 3.5 crore.
Alarming: A stray dog stands right at the entrance of a grocery store
+1

Alarming: A stray dog stands right at the entrance of a grocery store

"This is a huge challenge - controlling this large population with such a small budget. Moreover, rabies control is not only about sterilising and vaccinating dogs because not all dogs cause rabies. It takes a lot of effort to control the disease," said Kharb.

"The dog has to be caught in a humane manner. The sterilisation surgery should be done by an expert because a wrong surgery can hurt the dog."

There is no official Indian data on rabies deaths though the ongoing Million Death Study reported there were 12,700 symptomatically identifiable rabies deaths in the country in 2005.

KRISHAN KUMAR GUPTA (Banker)
Ms. Sanjana Gupta has given very good information on this matter. I am surprised to know that there are 30 million stray dogs in India. Indian govt. has not taken any step to control the menace of stray dogs. more
Apr 07 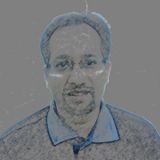 Umesh Sharma
Menka Gandhi has tken stay on Madari not on Stary Dogs , Act 1960 no where mention that human way of irradiation is band. Only Inhuman way we cant and should . We can ask SC to review the Current Situation . But Dog Lover and So call human are main hurdle . Their Don't & Do spread wrong massage . more
Apr 06 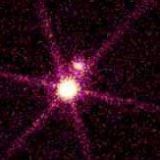 Virendra Kumar
CHINA HAS CONTROLLED THE PROBLEM IN A BETTER WAY.MANEKA GANDHI HAS TAKEN A STAY ORDER FROM SC, SO EVEN THE MCDs CAN"T TAKE ACTION AND HAVE BECOME IMPOTENT BODIES. more
Apr 06