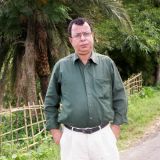 Biswanath Bhattacharya
Winter Session of the Parliament has started and the opposition parties are all on cloud nine to take on the incumbent BJP. The big question is - Who will have the last laugh?

The strategy of most of the opposition parties is - Let us pay the BJP back in their own coin. A good and logical strategy, but is the backdrop the same it was, the last time under UPA? Certainly not

UPA had nothing to talk of, NDA has tons even in the short time it has been in power. Tons that is visible to the people

UPA had nothing to offer except doles and election based gimmicks, NDA has laid out an imaginative road map for the nation ahead. A map that offers no SOP’s, but attempts to do away with a lot of the major ills. A map whose results have started to surface

The deduction is simple. Under this changed backdrop, the strategy of confrontation is only going to help NDA. The more they confront, the more the people will see through and more the NDA will benefit. While this session may end with little results, the next session and all that takes place in between, will all go the NDA way

& please do not forget the last minute surprises of Modi. He is bound to emerge stronger and have the last laugh more
Helpful Lets discuss Elections Nov 26
Viewed by 522
View all 6 comments Below 6 comments 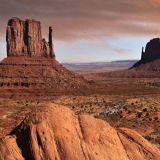 Kamalakar Save (I am a Mechanical Engineer and retired person)
All political parties are finally trying their best to survive. For survival what they first prefer is money and not voters! Later are taken for granted like their own property by taking advantage of British Raj principle of control-divide and rule! Use religion, caste and creed, language, river and any thing available in India including historical monuments and places of worships! You name and they use it for dividing Indians!
Now with session on they have an opportunity to show people how much they care! When they expect present government to get this BM immediately, how come these Samaritans and Good people were sitting blind folded when all this money was flowing out of the country? How come they now leave those people who were suppose to control and safe gaurad our money flowing out side? why they kept quite that time?
Naturally, the money gone out is not lying in a safe deposit vault but it is surely invested in each country according to the country law. And knowing very weel the difficulties, the same people are asking government to bring it immediately! People of India cannot be fooled now and they are watching who is tru and who is shading crocodile tears!
So opposition parties- we are not impressed by your show in LS?RS! Your walk out was interpreted as " My time is up I am going" or Bahut time ho gaya hame ghar jana hai type! more
Nov 27 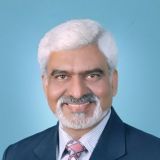 Manoj Kumar Purohit (Chartered Accountant, Cost Accountant)
Sharad yadav was exposing his own Party Rajya Sabha member.
It is fact that Earlier Ramdev, later Advani and then BJP made big issues of estimated black money stashed abroad. This money has shifted from swiss banks to various locations and investments. Any one involved would have common sense to move it away before the Indian govt. gets to it.

The two names that had been made public did not prove to be any big fish and they had their explanations ready. Same may be the case with most of them.

Govt. had to again bring back Kisan Vikas patras for good. At least the Black money will remain in India and will get back to Govt. to carry on developmental works.

Scenes will be created in parliament like Didi staged with black umbrellas ( to cover up for Sharada Chit fund ghotala) and things will go on like in the past. more
Nov 27 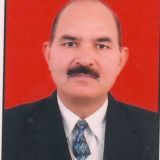 Mamraj Tomar
It is pertinent to mention here that tenures of Congress led UPA Govt are to be known as full of bad deeds (either these were in the form of Corruption or Scandals or Bribery or in the form of betrayal) and was fully supported by those who are presently standing/sitting by this most Bakwas Party in the whole World. However, black money is concerned, the black money was totally deposited in the foreign banks during the Congress regime in the span with effect from 15 August 1947 to May 2014. Now, these BAKWAS Parties are shouting in the Sansad for the same which was borne by them. I think, it is not feasible to anybody to bring back the black money within 100 days because there are some international barricades which would be cleared one by one by the present BJP led govt but it will certainly will take time. Apropos this, we have to think about the MAJBOORY of present govt and simultaneously we must have faith in MODI JI in the instant matter. Jay Hind. more
Nov 27
View 6 more comment(s)
Post a Comment