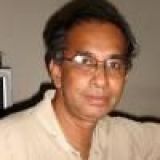 Ajay Angre
It is impossible to get your job done in Mumbai when you have to deal with the government agency.

I am saying this with my own experience. My old Housing society where I was owning an apt two years back, received property tax refund. The property tax authority of Mumbai refunded excess amount all members had paid to Corporation. The property tax I had paid to corporation during my ownership of the apt in the society was given to the managing committee. I was advised by the Housing Federation of Mumbai that you must get your refunded amount.

But the managing committee and the Secretary refused to pay me my property refund when I approached the committee.

I then decided to take up the issue with the Registrar of Coop Housing societies at Kokan Bhavan. CBD Belapur. I spoke to the Registrar, gave in writing my complaint against the society. I met several times to Registrar. And finally I was advised to approach the consumer court or Housing society court.

I found Registrar office in Konkan Bhavan useless and enjoying the powers at tax payer´s cost. It is corrupt and do not solve issues faced by Housing society members.

I also proved to Registrar that the Secretary himself his corrupt and do not follow any ethics, code of conduct and Cooperative laws. I put it in writing that committee members and the secretary have committed financial frauds and misusing powers.

Finally, Registrar decided to appoint a Administrator to look into Society accounts. But I am shocked, he too was purchased by the Secretary and committee members and he has not initiated any investigation against the society office bearers. He does not even go to the society office since the corrupt Secretary and managing committee has managed him.

If Registrar´s offices are so corrupt and can not solve the problems of the members, why are we spending so much of tax payers money on these govt offices?

When anyone approaches Registrar´s office, I noticed it is seen as the best opportunity to corner the Society office bearers and make money out of them. That ´s all is their objective and no honesty in solving the complainants issues with the society committee. It is disgusting to see such corrupt govt offices being run with huge costs paid by the public.

This corruption must stop. If the new govt think of some other model of grievance Redressal platform to look into members issues with the Society office bearers, it should be immediately thought of. This is a loot of public money and the justice is not done because from top to bottom these offices are involved in corrupt practices and do not solve the problems of the society members.

These all govt offices are corrupt to the core and operate shamelessly. more
Helpful Together Against Corruption Jan 04
Viewed by 162
View all 9 comments Below 9 comments

Nagesh Rao (Talent Assessor & PR Professional)
It is al right Mr.Ajay I understand your frustration & suffering from the Bureaucracy rather than chasing these guys. pl muster support of other members after getting the list of members who have paid excess amount Under RTI & get societies policy & proposal, how they use this fund either by returning to members including old members etc., with this reply you can seek legal course & make a Registrar a party, if the amount is worth or at any cost you wanted the refund. Registrar & his sr.staffs are always on call & beck with the Mantralaya sr.officials, where their presence required even for minor clarification & reviewing procedures on their part. It is heartening to read a newspaper report stating that the CM has sent back the file pertaining to security withdrawal/ to various politicians saying it is Chief Secretaries call & asked him to act. Naturally, he will take a wise decision since it is responsibility given to him & he must justify his action anything goes wrong. No doubt he will act responsibly with out pressure & favour simultaneously the politicians will fall in line & respect bureaucracy. CM has his hands full with major responsibilities pertaining to various projects & development work which he must concentrate & take appropriate decision. It is not his duty to see who get what security cover, category, this & that. Such delegation of responsibility is needed to speed up the administration. In our society, at drop of a hat there is a party Lohri, Deepavali, Christmas, New Year, apart from kids party. We donot mind if the members can enjoy these parties, but the catch is it will be funded 50% by the society fund 50% contribution by the participating members.(bills manipulated 80/20%in that order) to These party s with snacks/Dinner is conducted by the husband of our Lady Secretary!!! with elevated cost. This is irrespective of Registrar's order stating that societies are allowed to spend societies money to celebrate only three functions like Republic Day, Independence Day & one more may be Oct.2nd I am not sure, to curb these celebrations with society money a member approached & got this order in writing but still it is being ignored by these guys. Tx more
Jan 05 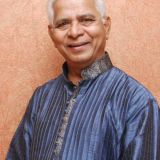 Uday Salvi
Mr. Ajay Angre, by & large is the same experience of many people like you. Is there any Law to curb this menace? We are busy in our daily routine (office and family commitments), how can one find time for such complex issue, which may take years together? Or one day will come that such person is sacked from his job for his regular absenteeism form office. more
Jan 05

Ajay Angre (Creative Consultant, Author, Writer, Publisher, Perspective Consultant)
Mr Nagesh Rao... This nothing personal and no offense meant. I have gone through all the procedures. I have seen the the way Registrars offices are working. There is no discipline, you have to spend your whole day even after appointments given. And I have been reporting this mainly because I was meeting the officials and the Registrar several times for three months. But there were people coming in that office and their problems were not resolved for 8 -9 months and they were completely frustrated. I have seen seniors coming to see the Registrar for many months with their complaints and spending whole day? Nobody is expecting problems to be solved over night. But 7-8-9 months for what? What kind of forum is this? We all know Registrar has to go by the rule book and laid down laws, but why cant it be done in shortest possible time and finish it off? Again you can´t send them email because they dont have email facility. You cant call them. When you are given date, you go on that day and wait till officials come to office?? What is this working style? There is no importance for other´s time? And then corruption. I am not at all saying Change all this overnight. It is not possible. I know that. And I also know they have loads of cases on their table and they are short staff. I understand all that. But corruption by the officials is not because they are under-staff or because of tons of work. It has nothing to do with corruption. It has everything to do with their dishonesty and lousy working style. And again all are not dishonest, but when the top Head of the Dept is dishonest or corrupt... down the line staff too is. And that is why, corruption by government officials... nobody should tolerate now. And nobody should keep quiet. more
Jan 04

Nagesh Rao (Talent Assessor & PR Professional)
Thanks for your advise & happy to note that most of the point you have understood & accepted. Generally, in any society as long as Chairman & Secretary is in tandem things will work out smoothly, do not get confused I am not pointing about governance it may result in good or bad governance. your accusation of corruption neither they asked or you paid at the same time could not even substantiate that the Administrator has been bribed. Even Registrar has got certain responsibility & procedures to follow, Govt. cannot change the system overnight, it has to get the work done by same bureaucracy, which is not that bad, but generally it depends on the Rulers. we must be the pressure point to this problem, that s why this platform. Pl read again the last two lines where I ended with a note on Corruption.... we can eradicate corruption but not easy to eradicate the corruptive mind... Tx. more
Jan 04
View 9 more comment(s)
Post a Comment