Ram Saran Bhardwaj
Mr Aggarwal
Does Coca Cola supplied in India and Coca Cola supplied in USA (similarly other so many products) have same International Standards ? What about Price Policy and profit margin? who is the ultimate beneficiary of the huge unrealistic profit ?...... and so on..
Indian Neem/Keekar ki Datun is far better than Colgate ? Neem ki Datun is free whereas Colgate cost At least 100/- P.M. to a poor family and flow of Indian wealth to other countries.
60% poor Indians are not going to be benefited from such difficult words...marketing.... production .... strategy... etc These terms are products of great economists which have no context to Indian farmers/population..
who is not being paid his production cost even.
Coca Cola main ingredient ...water ... is of India..mixing formula which not costing more than Rs. 1/- is being sold to Indians at the rate of Rs12/-...It is the outcome of production... marketing ....advertising ...strategy.
Who is formatting so called International Standards ? USA..UK or the Institutions working for the benefit of these so called developed countries..
Indian Standards are far better than so called International Standards.. and we can make them the best ....we can make them the best...at a suitable price. Aloevera juice @ 1200/- is being available @ Rs 200/- by Indian manufactures.
Indian Khadi... Resham is far better than any other polyester range. Italy shirts are being sold @ Rs..25000/- to 150000/- in India... ...Range of Italy shoes starts from 150000/-....For what we are paying... We are only marking range pf POOR... RICH people...can those who can afford or Not afford. more
Helpful Lets discuss Elections Sep 27
Viewed by 775
View all 12 comments Below 12 comments

Surender Aggarwal
Dear Mr. Bhardwaj, You have rightly pointed about problems of MNCs especially cola companies. They are selling inferior products in our country to what they are selling in other advanced countries. The solution to this problem is strict norms required to be placed by the Govt. However this is a different subject than what I have raised in my post earlier. Our question is how to make our country a manufacturing hub. Unfortunately, none of our Indian company can compete with these cola companies even though they are selling not a good product. We had earlier Parle whose products like Limca and Thums up were far better than these products. but bought over by these companies. You have also pointed out that our Neem ka Datun is far better product. That is absolutely correct. Similarly Aloe vera, these companies were selling at 1200/- where as it has now been brought down to Rs. 200/-per litre. How could it happen. Patanjali needs a case study by all the marketing people because they have beaten these MNCs in their own game. They have brought a paste DUNT KANTI which includes NEEM and is giving tough time to colgate and other toothpaste companies. The solution was simple. They are buying the farm produce directly by Farmers therby reducing their own input cost on one hand and giving better returns to farmers on the other hand. It is a win win situation for both. Our farmers do not understand big words like marketing and packaging but Patanjali understands all that. They have come out with better quality products at competetive price in the presentable packing and gradully with their innovative marketing, capturing the market. Similarly we have other very good products as pointed out by you in your mail. But the problem is as I have mentioned, to sell them with right kind of packaging and innovative marketing. If you remeber, We had Nirma, which also gave these MNCs run for their money. But these are only isolated cases. Most of our companies do not stand anywhere in comparison to MNCs. I will give you one more example. We have the biggest cattle stock in the world. Which means we have the maximum leather available for making shoes and leather garments. But we cant compete Italy which imports every input but have the designs and finishing. We cant compete China which produces and exports these products to entire world by using Economy of scale. We need to match them to make ourselves Manufacturing Hub. Just praising our products quality will not help. We need to present those products to the world by proper marketing, packaging and let me add one more word, FINISHING. Thanks more
Oct 04

Bhagat Singh
Ram Saran Bhardwaj ji, if all these things have to happen as per standards, then who will pay bribe/commission and why? How our politicians will contest such a costly elections. So today our politicians are not bothering about our health of genuineness of items sold in the market, but they are worried about their commission/bribe so that they can collect a huge money and can win another election easily. This seems Mr Anna and Arvind Kejriwal have to take many births to correct all these illegalities. more
Sep 30

Brajesh Agarwal
Good. What solutions do you propose. more
Sep 29

Ajit Datt
Can the govt device policies, exercise vigilance so that the country and the people get a fair deal, and manufacturers also profit but are not allowed to get away with exploitative practices? Or is it that unless allowed a free run manufacturing in India will not happen?! more
Sep 28 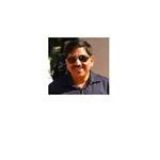 ASHOK SEHGAL (president Lions Club Delhi Capital)
I would like to bring in certain features that might be an eye opening for most of you Can you guess how many man hours consumed on average to bring out one design ,an outfit, Any guess !!!!!! Over 1000 ! Do I need to go further ? Regards Sehgal more
Sep 27
View 12 more comment(s)
Post a Comment