Corruption in Public Works - Addressing it

6 people were killed and 40 injured as a foot over bridge collapsed in Mumbai few days ago. Such accidents keep happening frequently across India are very typical of how public works are poorly executed and more so not checked upon and maintained in India. Local body officials are unconcerned about public safety. Some of you have called out corruption being the root cause of such accidents. Below are the key issues, root causes and solutions for Corruption in Public Works that were identified in 2018. Kindly review and share any additional specific inputs you may have. We will be compiling this soon and making it available to State Government stakeholders for review and actions.

1. The tendering system in public works department should be completely computerized
2. Very strict rules should be enacted to deter employees from indulging into bribery
3. Construction quality should be high on the priority list while allotting contracts
4. People should also refrain from paying bribes
5. The quality assurance team should pay special attention to the concrete/tar mix used in building roads/bridges
6. Contractors should be fined if they are not able to complete the project in the promised time frame
7. Companies once blacklisted should never be given a contract again
8. Along with the company, their promoters should also be blacklisted
9. Public should be encouraged to report cases of corruption in public works department through something like a circle where others can see and comment
10. Every city should have a public works circle which is an accountable community space between PWD and citizens
11. While awarding a contract, a condition should be added that the contractor will be liable to be penalized in any faulty in his work appears in a certain number of years.

1. Public works employees are used to easy work and easy money
2. Many tenders are still awarded manually leading to corruption
3. Politicians use their influence to get tenders awarded to their known
4. Contractors pay huge bribes and hence make up the money by compromising on the construction quality
5. People who get contracts outsource the actual work to 3rd parties and take commissions
6. Engineers think that it is their right to take bribes
7. No big contacts are awarded without political patronage
8. Corruption has been institutionalised in the public works department
9. People are okay with bribing as they want their work to be done quickly.

1. All employees get their salary and other benefits but work only when they are paid extra i.e. bribes
2. Public works tenders are given after accepting bribes
3. Roads are laid without the right amount of tar in it
4. Bribes are given to the department right from the time of giving advertisement till the completion of projects
5. Bad quality material is used to complete projects
6. Engineers are bribed to pass the low grade material for use
7. Bribes are given to get the timeline of project completion extended
8. Politicians use their influence/bribes to get contracts allotted
9. Contractor builds cost of bribery into contract pricing ultimately leading to increased cost to the Government and Tax Payer.
10. Blacklisted companies are repeatedly used because of the contractor-political-bureaucrat nexus with kickbacks at its core. more
Helpful Together Against Corruption Aug 23
Viewed by 4364
View all 78 comments Below 78 comments 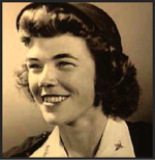 Amin Abel (i will tell you letter)
my good friend how are you
doing contact me in my
email.. aminabel443@yahoo.com ........
i have proposal for you thanks more
Aug 05

R V K BABU
1. Corruption does not mean only money transactions. The following are also must be considered as corruption and act upon.
A. Delay in doing the work.
B not Doing inquiry on the basis of information through public and Media and waiting for complaint.
C. Delay in justice Without genuine reason.
D.not having working feedback system .
E Surrendering unused allocated funds.
Etc more
Apr 23

Devesh Singh
Very strong action should be taken against of officers involved in completion of such projects.There should be penal provisin such as jail term of minimum 10 years to all pesons under whose supervision the project completed including IAS officers and politician. more
Mar 22

NK SOMANI (Management Expert)
This needs immediate attention and making the civil servants liable first, but why BMC engineers or supervisor are going scot free? We must make them accountable and they must answer all the lapses, not pass the bucks on auditors and guilty officials must be punished more
Mar 21 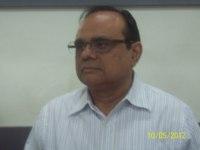 Arvind MODI
While evaluating a tender for such road/bridges construction work, price/cost should not be the only consideration. Complete technical/structural details to be checked/approved by authenticated third party like IIT / reputed Engg. institutions. Contents of work / Quality of material to be specified and to be ensured by outside agency. Inspection of work to be done independently by authenticated structural company, without any involvement of BMC officials and report to be submitted directly to Mun. Commissioner in Sealed envelope. more
Mar 18
View 78 more comment(s)
Post a Comment