Should Railway employees be given free passes?

By Vadakkuppattu Ramanathan
A large number of Railway employees use their union membership card and occupy seats in First class and second class inconveniencing fare paying passengers. Recently, I saw a number of Railway staff occupying vacant seats AC double decker train from KSR Bengaluru to Chennai Central. I saw these people coming in at Arakonam station.
The Railways is very reluctant to give concessions to senior citizens and disabled people. For example, the way they have worded while booking online, senior citizens are tricked into foregoing their concession while thinking they are opting in to avail the concession. The words appear to be deliberately vague so that they lose the concession.
Similarly, when one goes to book tickets in Railway counters, we are repeatedly asked for forego either fully or partly the concession.
While this is so, how is it that Railway employees are given so many free passes that too in higher classes?
Let the Railways be honest and give us the figure of the proportion of free passes to employees to the concession given to senior citizens and disabled people.
Make Railways BetterMay 24
6 Online Signature(s)
Viewed by 130 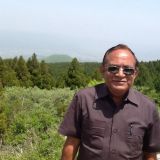 Dr. Mohan Rao
No. No free pass should be given to Railway employees. In no other sector such things are there. Take postal dept - they can not take even a single post card, although they sell thousands, so on so forth. more
Jul 02

Balasubramanian K
I doubt they have even passes. I had already recorded my experience with jamalpur- howrah express where AC was not switched on up to bhagalpur in AC2T coach only because it was full with rly employees till then. All were connected to labor union.. Bankemployees don't get free cash. IOC staff don't get free petrol or postal staff don't get free postal service. Then why railways more
Jul 02

Vishnu Kumar Pachisia (Commercial Profession)
I agree with the views of Mr.V. Ramanadhan on the issue of passes to Railway Employees. more
Jul 02 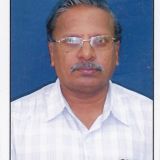 Ramamurthy Ommini (Social service )
I agree with the views of Mr.V. Ramanadhan on the issue of passes to Railway Employees. more
Jun 07