By Pramod Sharma
To
Shri Piyush Goyal
Union Minister of Railways
New Delhi
Subject: - Request for Railways Over Bridge (ROB) at Arjun Nagar (City Agra in the state of Uttar Pradesh)
Hon’ble Sir
We the undersigned are resident of Arjun Nagar, Kheria Mod, Bharakhamba and nearby area (herein after collectively known as Arjun Nagar). The area is situated in South West of Agra and spread over an area of 6-8 Kms2. It is a part of Agra Parliamentary Constituency and Agra Cantonment Assembly Constituency. Its Population is more than one lakh.
Hon’ble Sir, we the resident of Arjun Nagar wish to submit that most of the business establishments, government offices and commercial places are situated in Sanjay Place or other places those are far away from Arjun Nagar. There are only two routes where through the resident of Arjun Nagar can commute to rest of city. One of these two routes connects Arjun Nagar through Shahganj area and another one route passes from Idgah area and cantonment area.
Hon’ble Sir, now we would like to draw your kind attention to our agony that we daily face while commuting to other parts of the city and how this problem has made our life very difficult, time consuming and cumbersome.
1. If one wants to go to the other parts of the city through Shahganj route, he has to pass through two Railways manned gate and both gates are within half kilometer range one of which connects Idgah railway Station to Bharatpur and Bayana (two separate routes) and another connects Agra Cantonment to Bharatpur. The frequency of passing of trains through these railway crossings is nearly half an hour per train and gates are closed five to ten minutes before train crosses. Thereby at least six to seven hours the gates are remain closed. This impedes traffic for hours and as a result of it on an average we have to waste one to two hours daily on these crossings.
Hon’ble Sir, on estimated figure approx 3000 people crosses this crossing for commuting to or from Arjun Nagar and thus results in 6000 working hours are wasted by those commuters. In economic terms it is 6000 man power hours’ loss to the nation per day.

2. The other route (which is also known as VIP road) passes through one railway over Bridge. This road, due to heavy traffic, most of the times remain congested. Further being VIP Road whenever dignitaries visit to the Agra, this road is kept blocked for common people.
Hon’ble Sir, Arjun Nagar is a part of Agra City but most of time it remains unconnected with other parts of the city and constraints the residents of Arjun Nagar to live on sort of island. In case of emergencies such as medical emergencies it becomes almost impossible to reach to any reputed hospitals because all such hospitals are located in the main part of the city and sometimes it results in loss of life of the patient that could have been saved otherwise if seamless travel would have been there. Many of us miss trains and other public transportation even we leave well before the scheduled time of the public transport and as a consequence there is again economic loss of ours and as well as of nation. Hon’ble Sir, you will also appreciate that this dreadful traffic condition is an antithesis to the dream of our Hon’ble prime minister of Smart City.
For all these difficulties the residents of Arjun Nagar have many times met with our Member of Parliament and member of legislative assembly, public administration and Divisional Railway Manager (DRM) Agra and urged the respective authorities to find better solution for this problem. The authorities have understood our difficulties. To resolve the issue a railway over bridge is proposed from Idgah to Arjun Nagar and this proposal is pending for approval. This ROB will not only facilitate connectivity of Arjun Nagar to other parts of the city but also reduce burden of traffic at Shahganj area.
Therefore, we all resident of Arjun Nagar hereby earnestly request you to kindly understand our plight and oblige us by making arrangement for construction of ROB at the earliest.
We are herewith attaching the map of ROB as suggested to public administration and DRM Agra and some photographs of traffic congestion.
Thanks in anticipation
Make Railways BetterFeb 20
126 Online Signatures
Viewed by 285 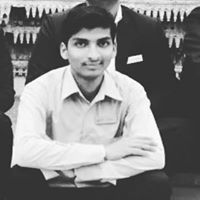 Nisar Ali (0)
We need a Over-bridge at barah-khamba so that every person have not wasted time .....