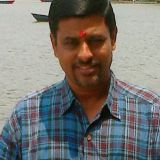 By VENKAT MITRA
Our Justice delivery System :
The litigants are driven from pillar to post in getting their DUE Justice!
The Courts- Specifically the lower(Trial) courts are primarily functioning for the Advocates/Counsels business interests;
Whether it's City courts in major metros or District courts, whether the litigant is well off / educated / illiterate unless not from influential circles, for all the cases the Judicial process is the SAME:- Delay-delay- adjournments on flimsy grounds- going in rounds citing various CPC sections-circumventing the LAW & Natural justice - irritating the Original/ GENUINE side litigant- and finally cornering the litigants for an Out-of-Court settlements (KATTA PANCHAYAT BY ADVOCATES) due to induced desperation!
Need of the Hour:
# Up-gradation of e-Courts services to include online Case Complaint Register systems, Recording of the VOICE (possibly video with a Webcam fixed to the witness box) of the Witness during recording of Evidence.
The Petition was also marked to:

Csn Sarma (socialworker)
1. The Self Affidavits and Evidences Attached shall be regarded to award Justice in case of Adjournments
2.The Bar Associations to help for appropriate Sections of Issues concluded if any party indent
3.Speedy Trial concept shall categorize Cases and Fix Time period of Judgment starting from 30 days to 3 years
4. Every Judgment to include the Costs to be paid to the Judgment/ Decree holder
5. Every Judgment to include additionally the payment of Devolution Claim if preferred during the Hearings or in Affidavit
6. Police and Lawyers to help fast running of Cases without adjournments

THESE ARE THE BASIC ESSENTIALS FOR JUSTICE DELIVERY PLEASE. more

VENKAT MITRA
Civil Suits : Business in Sub-Courts ;
In our subordinate Courts, in Civil matters, the 'case' is : Between the Advocates, by the Advocates & for the Advocates, where the courts serves as a platform for the advocates in conducting/ furthering their business.
The litigants, for namesake, are just parties.
Even if the litigant presents himself before the Court, from morning to evening, in the absence of the counsels, either his side or the other side, he cannot present the case before the judge other than getting it passed-over for couple of hours and finally the court will adjourn the matter for another day ;
Even though the Court may be free with no Advocates sitting in front, wouldn't bother to call the litigants, he/she waiting for ; and even if the litigant raise the matter, he will be advised to bring his counsel. Incase if he/she insists on being heard, s/he will be advised to cancel the vakalat and come back as 'party-in-person'.
Again it's not that much easier to get the vakalat revoked and also not-advisable considering the convoluting procedures/norms, followed by our judiciary / the CPC.

Why can't the Court press the parties and or their advocates for conducting some reasonable business on the matter, after giving a reasonable time instead of just adjourning for another day?

Or is the Court fears the Advocates community ? more
Jun 07

Csn Sarma (socialworker)
AP Courts have above 1.2 lakhs Cases Pending. Contempt of Court Cases also long pending.
REFORMS IN JUDICIARY ARE ALSO THE MUST TO HAVE JUSTICE. more
Jun 07

VENKAT MITRA
Backlog /pending cases- in subordinate judiciary_
Often it's projected as a result of either judicial vacancies by the Civil Society or due to the inefficiency of the judges by the Advocate community. But there's nobody to bother for the pathetic situations, where the ordinary litigants who, having been spending both for the Counsels as well as towards the court charges, is being driven to & fro for appellate courts on various miscellaneous petitions like CRP, CMP, etc. for getting his/her issues addressed, which is the primary reason for the delay in disposal of the suits.
The fact is that, once a Civil suit is filled and numbered, then the entire scenario is being hijacked by the Judicial system, in which the Advocates of the contesting parties, Judicial officers are the players with CPC sections forming the framework for conducting 'Business' of the game - 'Litigation', inside the four walls of the Courts, where the ordinary litigants who are the real stakeholders, were left to hear only the reflected soundbites with little or no say on the Court proceedings.

" Is there any other organ in our country, other than the Judiciary itself, is armed with the authority to inquire about the rots in the Judicial system" ? more
Feb 28