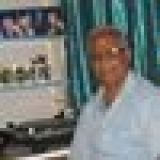 By Atul Shastri
The Reservation policy was for a brief period to make system adept to values and ensure enlighten society will take care of needy. But it has not helped and it is not going to help.
We tend to take only disadvantage of provisions. There are n number of frauds in wrong people getting benefits of reservation. It is dividing society, creating divisions within nation.
One should be first an Indian but actually One is sub caste A, Cast B, linguistic C, religious D and so on but not "Indian "
We ought to have a country where identity is of Indian. We even need to abolish states based on languages. We need to have ONE language with which whole country is ruled. All laws, medium of education need to be in one language which is so developed that it can impart all modern education. There should be some consolidation of regional languages and number of such languages to be within manageable numbers. Main education in national language and due importance to mother tongue.
The Petition was also marked to:

Csn Sarma (socialworker)
The issue of Reservations and Relaxations/ Special Provisions BECAME EVER BEFITTING VOTE BANK due to the ill-full conspiracy of Congress and it's Alliances.
Otherwise they should have not mislead the relevant Articles.
People have been for this selfish goal kept far away from CONSTITUTIONAL MANDATES OF ' EDUCATION AND ADEQUATE MEANS OF LIVELIHOOD ' . These Parties thus deceived the weaker Sections and Backward Classes depriving Citizens from LEGITIMATE Constitutional Mandates. They opted Freebies , Subsidies, Grants WHEREFROM CRORES OF RUPEES HAVE BEEN SET FOR MISAPPROPRIATION AND LOOT.
Even in 1st half of 2019 , every month such Loots are identified by ACB AND other forces.

For continuous carry only THESE PARTIES AND THEIR SUPPORTERS Denying and Defying AADHAR LINKAGES, DIGITAL AND BANK THROUGH TRANSACTIONS, DEMONETIZATION.

We shall not loose hope. WE SHALL BE TOO CAUTIOUS AND DEDICATED TO HELP BJP RULE UNTIL THEY GET MAJORITY IN RAJYA SABHA AND SECURE MORE STATES TO *****REFORM AS PROGRAMMED ***** . more

Govind Vijayaraghavan (Electrical engineering)
I can say with absolute certainity that no political party INCLUDING BJP will ever abolish reservation due to vote bank politics. We are doomed as a nation. more
Jul 19

Atul Shastri
Generally people are not bothered and have attitude " Chalta hai " . I want to do something but here I have failed. OK more
Jul 19

Csn Sarma (socialworker)
SC ordered Merit in Res Quota. Set aside of this deteriorated Skills in Citizens WHILE privatisation of EDUCATION, neglect in facilitating Adequate Means of Livelihood RUINING COUNTRY 's Economy beside increase of PAUCITY to Earn and Educate.
THIS IS WHY 2019 VOTERS DEFEATED Congress and it's Alliances.
Laws shall be rectified REFERRING CONSTITUTIONAL OBJECTIVES AND MANDATES PROMPTLY AND SPECIFICALLY. more
Jul 20

Csn Sarma (socialworker)
Pl don't be discouraged. Many of these Circles and others are against to UNCONSTITUTIONALLY applied Reservations.
Supreme Court in 1963 itself identified this as UNJUSTIFIED PRACTICE. AND directed rectifications deleting Creamy layer.
SC ALSO. Mandated application of MERIT Even in Reserved Quota.
While implementing Creamy layer deletion in Central Government Employment, ILL-FULLY AND WILLFULLY THE CONGRESS AND IT'S ALLIES did not care to mandate allover the Country. JUST FOR VOTE BANKS.
THIS IS WHY their 23 Parties alliance in 2019 Elections also IS BEING DEFEATED BY THE best realized Voters.
NATIONAL INTEREST SHOULD NOT SUFFER. CITIZENS RIGHTS SHALL NOT BE DEPRIVED/ DENIED to any longer.

Govind Vijayaraghavan (Electrical engineering)
Tamil Nadu has the distinction of having the highest quota of reservation in this country (70%). The dravidian parties have driven out all Brahmins some of whom have become Nobel Laureates (Astro Physicist Dr Chandrasekar, Dr Venkatraman Nobel Prize in Chemistry), respected Academicians (Management Guru Dr. CK Prahlad, ) or CEOs (Sundar Pichai) yo name a few. Their gain, India's loss. Tamil Nadu people enjoy the highest freebies and have lost interest in working; and this state is sliding downhill at ever accelerating pace.. more
Jul 19 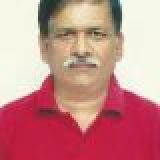 SHRIKANT SATHE
Nothing is FREE in this Universe. more
Jul 21