Corruption in Booking of Tickets under Tatkaal scheme

Signed 3/3000
Online Signatures: 3
To
Hon'ble Minister for Railways and his deputy
mr@rb.railnet.gov.in 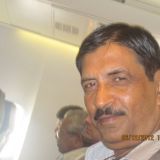 By Asis Kumar Das
The system of issuing tickets under the Tatkaal scheme now provides a designated booking window in all booking offices a day in advance of the journey date. But an unholy nexus of black marketeers -RPF personnels-Booking clerks have devised an ingenious way to perpetrate corruption in the system through which genuine travellers are unable to access the designated window despite best efforts. Against the rule, the same set of persons, who are illicit brokers are creating the list of intended travellers for the next days' queue to be kept with the RPF personnels and the genuine public is being hoodwinked as they have no knowledge of such advance list.

Foe example, for tickets for journey on Saturday are being issued on Friday and on Friday itself, a separate list of persons who want to travel on Sunday and intend to stand in the queue on Saturday is being clandestinely prepared by the RPF personnels though they are only meant to manage the queue without having any authority on the system. So in practice the same set of people are able to buy tickets under Tatkaal scheme day after day and charge exhorbitantly for their services from the intended travellers.

So if the government is really serious to weed out corruption from the system of selling tickets under the Tatkaal scheme and to purge the brokers from the system, such advance list maintained by the RPF personnels, who can be easily purchased by these brokers should be immediately stopped and queues should be formed at a specific time on the previous day to the journey date.
The Petition was also marked to: