Can India become a Zero Begging Nation by 2025? 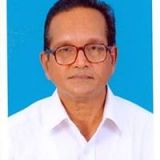 By Kunuthur Srinivasa Reddy (Soil Scientist)
The Governance of India by default does not endorse beggary either in principle or by law. In fact, begging is a prohibited activity across the country. However, beggary goes on unabated, unchecked and uncontrolled. In some cases, beggary has become a roaring business to make huge sums of cash which is lent for interest. Even the children are being used as tools in beggary and religious places are the prime targets across the country, exploiting the sentiments of the people. This is high time that India known for its ancient history and heritage, drive out beggary forever and set an example to the rest of the world. But how and by what ways and means to eliminate this begging culture in India.
The following steps are suggested:
1. Establish camps for beggars of all age groups and provide them
food and shelter in different parts of the country.
2. Prohibit beggary across the country not only on paper but in
practice with strict enforcement of the existing law.
3. Employ the beggars except the children to execute public works
which keep the country clean and green, hygienic, attractive,
productive, inviting as per the capability and suitability to their
age, gender, physical and mental abilities and skills.
4. Train them to accomplish the tasks assigned to them inculcating
the spirit of self reliance and not to live parasitic life.
The Petition was also marked to:

Csn Sarma (socialworker)
Article 38 to remove Economic inequalities ; 39 to restrict Wealth Concentration must be enforced along with Article 41 for Adequate Means of Livelihood , 45 Free, Compulsory Education , 46 Aided Education to Weaker sections. THEN ONLY BEGGARS IN INDIA CAN BE ERADICATED and Professional Beggars be taught suitably. more
Mar 07 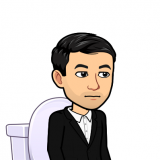 Sourabh Singh
Transgender community is the worst in India. One even molested me while I was traveling in train when I didn't give them money. They are thugs. more
Mar 06

Sourabh Singh
Transgender community is the worst in India. One even molested me while I was traveling in train when I didn't give them money. They are thugs. more
Mar 06 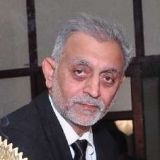 NAVNEET SARIN (Advocate, Joint Secretary, Ghaziabad Bar Association.)
Dear Friend, Begging is the worst thing, We have rules and Laws to stop it but it's a very lucrative business for those beggars. You can't stop them by giving them a job or Food. The only way to stop it is by punishing them, but can Government put these beggers lacs of them in Jails. Not practically possible. Moreover, beggary is even prevailing in the US and Europe. Those countries with a strong social Security System have not succeeded in controlling it. The only way out is people who give them money need to stop supporting this system. I have seen nowadays people are freely giving Rs.10/ or Rs.50/ note to these beggars and I feel a beggar at any redlight makes around 1000/day. Is it not better than working as a helper or laborer in a factory or construction project.
So if we want to stop it we need to stop supporting this malpractice. The government must take care of those who are too old to work and the rest we need to act. more
Mar 06

Kunuthur Srinivasa Reddy (Soil Scientist)
Begging disgraces human dignity who/where/when/however one does. Therefore, the country's governance has to take responsibility to prevent it by providing food, clothing and shelter through religious institutions and using them as work force for creating public amenities. more
Sep 13

Csn Sarma (socialworker)
Articles 38, 39, 41, 43, 45,46 and 48 were purposed TO CURB BEGGARY. But ruthlessly ignored in Rule of the Country .
Mandates of Above 7 Articles must be made STATUTORY for Implementation even now Removing Politically Beneficial Applications . more
Sep 13