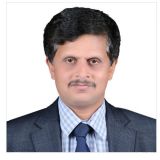 By Dayananda Hebbar (IT professional)
I was listening to the election analysis of the recent election held in Karnataka . The media was carrying out analysis who will win election based on his caste like Lingayat, Vokkaliga, Dalits, Muslim region, etc.

The media is dividing people in India , Especially Hindu community based on caste . This is biggest treat to our country for our growth.

This shall be stopped fully , The media can only talk on the merits and demerits of the govt. or candidates who stood for election based on the the activity done by them and how much improvement taken place during their tenure .

The reservation system also should be revisited . If some one have already taken benefit of Reservation during his tenure , then his children should not be eligible for reservation. Reservation should be based on the economic status of the person.

I can provide more explanation on this once the same is taken up further.
The Petition was also marked to:

Prabhakarrao Yerragunta
Pollsters ,analysts think that it is a analytical tool of measurement ,but subconsciously we are contributing to the persistence of narrow caste based bias embedded in our system.
Once it was a guarded statement,but now a days it is free for all and happy to talk about the caste divide .How shameful!!! The opposite of integration and tolerance has taken root.
The more you talk about caste ,the more opposition to existing reservation system emerges.Call it Back lash or any thing! more