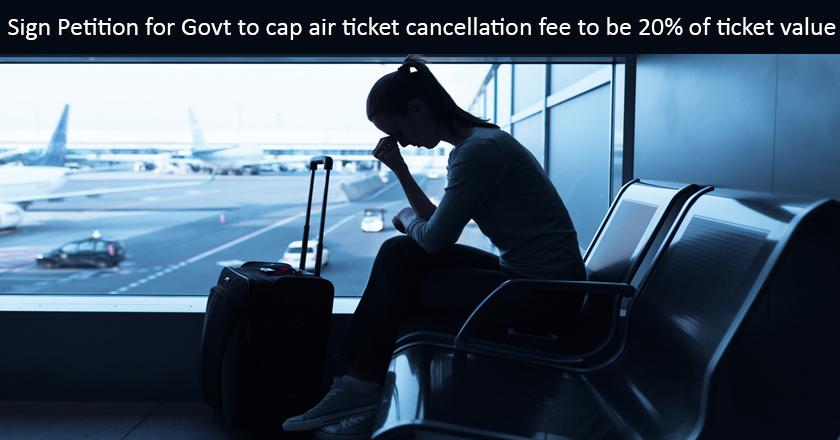 In a recent localcircles poll itself, thousands of citizens collectively identified that airline ticket cancellation charges should be no more than 20% of air fare.

Together, we as consumers petition the DGCA (Directorate General of Civil Aviation) to frame out a policy where no more than 20% of ticket value is charged as cancellation charges when the ticket is cancelled 3 days prior to departure.

Sign and Share this petition with all your contacts so this change can be brought about and these high airline cancellation charges be rationalized.
The Petition was also marked to: 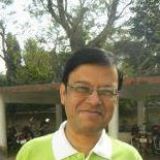 Jyoti Kanungo
I agree. But a last-minute cancellation may have an impact on the profitability of the airline. So the cancellation charges may be graded like IRCTC more
Apr 08

Ajit Sahay
I agree and support your move for the society. more
Apr 04

Dilip Shirolikar
I support the move for reduction of cancellation charges of Airline tickets. In fact I feel 20% appears to be more. This can be reduced further if experts agree. more
Apr 04

S K Virmani (S K Virmani (Citizen Empowerment))
We still need almost 2475 signatures to the petition to compel the DGCA, Govt of India to regulate Airlines Industry for their fair business practices. I would appeal all the members to kindly take a print of the petition and put in their best efforts to get as many signatures as possible. We need to capture the name, mobile number, email id and the signatures on the hard copy of the petitioner. The same can either be scanned and uploaded here or can be mailed to me at skvirmani@gmail.com Your cooperation is solicited. more
Mar 26

Shishir Kant (None)
Dear Virmani ji,
I think that I pointed out and requested on the matter of Airlines Canacellation Fee.
I have seen many times air fare component is quite low and most of the charges paid are towards airport fee and taxes. In any case tax and airport fee shall be payable when a passenger travels and avail the ticket booked.
Refund in case of cancellation should be 100 percent of taxes and airport fee. Airfare refund should consist 90% of airfare subject to cancellation fee is minimum charged as Rs.200. Which means for airfare upto Rs.2000 cancellation charges before 24 hours of departure shall be Rs.200 and where air fare is higher than Rs.2000 the cancellation charges shall be higher.
There is additional point in respect of change of schedule 24 hours before the departure should be allowed same way but maximum charges should be restricted to Rs.400 only.
Your petition needs to be updated with the details if other member extend the consent.
With best wishes. more

Naganand Nileshwar
The cancellation charge should be on the base fare. Why include other charges? IA used to do that. Why should other charges such as fuel charges be included when they are not being incurred for not travelling? The airline charges for seat preference. more
Mar 25

S K Virmani (S K Virmani (Citizen Empowerment))
We are just few signatures away so as to compel the authorities to intervene in the matter and regulate cancellation fee and removal of seat allocation fee. I appeal to all to kindly persuade your all contacts to sign in the petition at the earliest so that we all together can compel the authorities for ethical business practices. Thanks more
Mar 23