Witht his post we would like to seek your inputs on all aspects of railway safety that you believe are critical to achieve the Zero Accident Mission.

We look forward to your inputs! more
Helpful Make Railways Better Sep 01
Viewed by 2544
View all 57 comments Below 57 comments 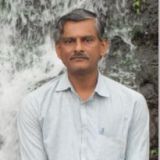 Kaustubh Sinnarkar (Engineer)
I have Planty of Ideas. Some of them are already posted on this forum & seems not utilised / taken seriously.
1. Tracks joints. I had posted rough drawing earlier.
2. Pizzo sensers to sense trains arrival & put Hooter on in unmanned / Manned crossing with Solar power backup to be used in exterme remote areas.
3. ACD developed in Konkan Railways.
4. Intruder detector on track to avoide Accidents due to Animals / Unwanted Debaries like land slides on tracks.
5. Tracklevel checking on Accels of guards Compartmens & data logging to report Point at which Repairs needed.
6. Regenerative breaking - generated power shoulds be used to charge batteries used for lighting in compartments. This will Absorb tremendous energy for reutilisation as well as breaking time will reduce substancially. And Much More can be say.

Detailing can be given if required. I am person of R & D background anc can help at any level of extent.

Some railway University was proposed there you can develop all of the things. But current trends are such that, to use forign technology dumbly and FDI. Better ask these to your FDI Partners in Japan / China / France etc. So all these our suggestions are definately going to Black Hole / Garbage Bin. Still we are giving it for the reason we have something more than that is not readily available in Market. more
Nov 25 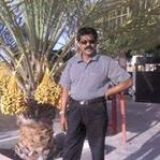 Sadanand MC (Ex-Railwayman)
It is not clear why the Anti Collision Device (ACD) which was invented and
tested successfully about 16-17 years back is not installed on all the
trains as it is amply shown that its fitting can avoid head on collision
and also no train will jam to the rear of a train. Also, it can avoid
accidents at level crossings. Even after inventing and successfully
testing/trialing ACD, many head on collision/jamming in the rear /accients
at LCs happened. Why the railway is not taking this seriously. Even
National Geography channel has many times shown how ACD prevents accidents.
Is the hesitation on the part of Railway due to the fact that it was
invented by a Railway - MD of Konkan Railway Mr Rajaram? The Ministry must
take stock of the accidents of the nature explained above after the
invention of ACD and those officials who did not approve use of ACD must be
booked and punished.
Sadanandan more
Sep 08

K C Rana
The railways can install high powered sensors to detect
damaged tracks and head on collision. Fog Lamps should be
fitted on trains to maintain average speed and avoid collision.
Unmanned crossings should have automatic hooters to alert
the road users about the arrival of trains.
For a vast net work of trains, accident free operation should
not be expected. more
Sep 03

Susheel Paul (Retired Army Engineer.)
No railway system in the world is free from accidents. We have seen them happening in USA, Germany, France , UK where the most advance systems are in use. However, definitely accidents due to unmanned crossings, track getting washed away die to floods, fish plates being loosened even by school boys for fun, etc which are mostly due to human neglect can be reduced. Technically we in Bharat can innovate many other measures which can typically be put into practice in our country. But it can be discussed in this forum. However, the IITs and other engineering research organisations plus individual inventors may be invited to pool in. more
Sep 02

Surender Aggarwal
There should be two types of strategies. One is short term or immediate which needs less expenditure but more efficiency and vigilance on the part of railway employees. This can be achieved by identifying those areas which are accident prone and posting there, better qualified and efficient staff with the single goal of making those areas accident free zone.

Second strategy should be, of longer duration whereby using latest technologies, the human factor is brought down to minimum. For this help can be sought from developed countries where the accident rate is almost zero even with a huge railway network. more
Sep 02
View 57 more comment(s)
Post a Comment