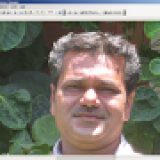 YOU FIRST IMAGINE I M NOT MAKING NOISE

Got 10 minutes for your country? If yes, then read; otherwise, choice is yours. YOU say that our government is inefficient.
YOU say that our laws are too old. YOU say that the municipality does not pick up the garbage. YOU say that the phones don't work, the railways are a joke, the airline is the worst in the world, mails never reach their destination. YOU say that our country has been fed to the dogs and is the absolute pits. YOU say, say and say. What do YOU do about it? Take a person on his way to Singapore. ive him a name - YOURS. Give him a face - YOURS. YOU walk out of the airport and you are at your International best. In Singapore you don't throw cigarette butts on the roads or eat in the stores. YOU are as proud of their Underground links as they are. You pay $5 (approx. Rs. 60) to drive through Orchard Road (equivalent of a him Causeway or Pedder Road) between 5 PM and 8 PM. YOU come back to the parking lot to punch your parking ticket if you have over stayed in a restaurant or a shopping mall irrespective of your status identity... In Singapore you don't say anything, DO YOU? YOU wouldn't dare to eat in public during Ramadan, in Dubai . YOU would not dare to go out without your head covered in Jeddah. YOU would not dare to buy an employee of the telephone exchange in London at 10 pounds ( Rs.650) a month to, 'see to it that my STD and ISD calls are billed to someone else.'YOU would not dare to speed beyond 55 mph (88 km/h) in Washington and then tell the traffic cop, 'Jaanta hai main kaun hoon (Do you know who I am?). I am so and so's son. Take your two bucks and get lost.' YOU wouldn't chuck an empty coconut shellanywhere other than the garbage pail on the beaches in Australia and New Zealand. Why don't YOU spit Paan on the streets of Tokyo? Why don't YOU use examination jockeys or buy fake certificates in Boston??? We are still talking of the same YOU. YOU who can respect and conform to a foreign system in other countries but cannot in your own. You who will throw papers and cigarettes on the road the moment you touch Indian ground. If you can be an involved and appreciative citizen in an alien country, why cannot you be the same here in India?
Once in an interview, the famous Ex-municipal commissioner of Bombay, Mr. Tinaikar , had a point to make. 'Rich people's dogs are walked on the streets to leave their affluent droppings all over the place,' he said. 'And then the same people turn around to criticize and blame the authorities for inefficiency and dirty pavements. What do they expect the officers to do? Go down with a broom every time their dog feels the pressure in his bowels?
In America every dog owner has to clean up after his pet has done the job. Same in Japan . Will the Indian citizen do that here?' He's right. We go to the polls to choose a government and after that forfeit all responsibility. We sit back wanting to be pampered and expect the government to do everything for us whilst our contribution is totally negative. We expect the
government to clean up but we are not going to stop chucking garbage all over the place nor are we going to stop to pick a up a stray piece of paper and throw it in the bin. We expect the railways to provide clean bathrooms but we are not going to learn the proper use of bathrooms. We want Indian Airlines and Air India to provide the best of food and toiletries but we are not going to stop pilfering at the least opportunity. This applies even to the staff who is known not to pass on the service to the public. When it comes to burning social issues like those related to women, dowry, girl child! and others, we make loud drawing room protestations and continue to do the reverse at home. Our excuse? 'It's the whole system which has to change, how will it matter if I alone forego my sons' rights to a dowry.' So who's going to change the system? What does a system consist of ? more
Helpful Transforming India Sep 03
Viewed by 27

Vivekanand Shankar
Dear Mr. vijay singh Rajputji, totally agree with you. but you must remember one thing. right from school a child will tend to deviate from it's class if the teacher is not strict and discipline the child.
similarly the "yours" in singapore does not change instantly. it is the fear that he might be punished and put behind bars or whipped or pay hefty fines which makes him be disciplined.
the same is lacking here.
there is a rule that one should not smoke or pee in public place.
see what happens if a policeman catches a person in action. only 5% are being charged legally, others are are left after getting a bribe.
this has to stop. for this government should study why police is corrupt.
it is because every designation has a price. every officer has to pay a share of his collections to his superior.
police are not decently paid are their families well taken care off. go around the police quarters in any state in India. you will find that majority of their children are not well educated and provided for.
once governemnt addresses this issue then things will automatically change more
Sep 03 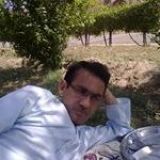 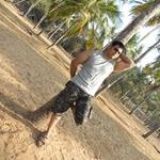 Shriram Nene
I tend to agree with what Mr. Vijaysing Rajput has mentioned in his blog above. This is so true! I was in France for couple of years to complete my Masters and also worked there. Guess what! I have been following the french system of work ethics and public ethics since past 4 years here in India. It brought me a lot of criticism at my work place as I used to work for 7 hours a day. But, when I say that, I used to work for 7 hours, it meant ONLY WORK. No phone calls, no chats, nothing and I used to complete my work before everyone and go home. This is one example. Once, I was walking down the roads in Pune and saw a person throwing wafers plastic bag on street. I picked it up and carried with me and on my way, threw it in a dustbin. Should every citizen do the same, I think it would bring 0.1% of change for sure.

But, Mt. Rajput, it is me who say that, the Pune Municipal Corporation has been to its' worst. 0 water harvesting, no cycle tracks to encourage health and promote cycle to reduce pollution, no good roads, highways in Maharashtra are a joke and so on. But, I am paying taxes (Income Tax, Road Tax etc.). We, the tax payers don't get any respect in this country whereas abroad, they are respected as PM as it is our tax money which is paying the salaries of public servants and we are running the economy. Should we stop paying taxes, imagine what would happen. These are genuine issues and MUST BE addressed.

I, as a citizen, am behaving morally and I am aware of my responsibilities and I am proud to say that I follow everything but, I am very disappointed that, I don't get ANYTHING in return for my genuine service towards country. more
Sep 03

Asmani Surve (HR Professional )
I agree with you and I can say I am a discipline citizen but the countries you mentioned have good law system and their public servants are paid well and they do not depend on under table income so people have to follow rules. People are forced initially and then it had become their habit. We are in reverse we had habit of following discipline as per our culture but in westernization we have forgotten our morale and started finding shortcuts. And we still want to follow other countries and not open to create our own example. India was leader now we are followers more
Sep 03 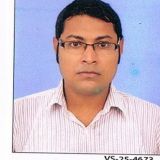 Debojyoti Mandal (Engineer)
Dear All,
I have a thought. Every now and then, we see that plastic bottles, be it of packaged drinking water, be it of soft drinks litter our sewage system and roads. I have a suggestion.
It would be great if the plastic bottle is chargeable along with the drink it contains. For example, if a soft drink bottle costs 35, make it 38, 3 Rupees extra for the plastic bottle and then after having the drink, the left out bottle, when return back to outlet or for public convenience in a vending machine, the residual amount of 3 be returned to the buyer. In this way, we achieve two targets, one, we avoid littering of plastic bottles and two, that will be a mode of recycle and hence lesser pollution.
I agree, there will be people who will still dispose off the bottles any where, but at the same time, there will be people who will recycle the throw away bottles as a source of some extra income.
I request the government to encourage giant retail outlet to introduce this system of recycling and make it convenient for public to get such outlets where they can dispose of the plastic bottles in return of the extra 3 rupees.
On an average, the soft drink and packaged drinking water consumption is high, so it will be beneficial.
Debojyoti more
Sep 03
Post a Comment